Biologics are essential to oncology care. As patents for older biologics begin to expire, the United States is developing an abbreviated regulatory process for the approval of similar biologics (biosimilars), which raises important considerations for the safe and appropriate incorporation of biosimilars into clinical practice for patients with cancer. The potential for biosimilars to reduce the cost of biologics, which are often high-cost components of oncology care, was the impetus behind the Biologics Price Competition and Innovation Act of 2009, a part of the 2010 Affordable Care Act. In March 2011, NCCN assembled a work group consisting of thought leaders from NCCN Member Institutions and other organizations, to provide guidance regarding the challenges health care providers and other key stakeholders face in incorporating biosimilars in health care practice. The work group identified challenges surrounding biosimilars, including health care provider knowledge, substitution practices, pharmacovigilance, naming and product tracking, coverage and reimbursement, use in off-label settings, and data requirements for approval. 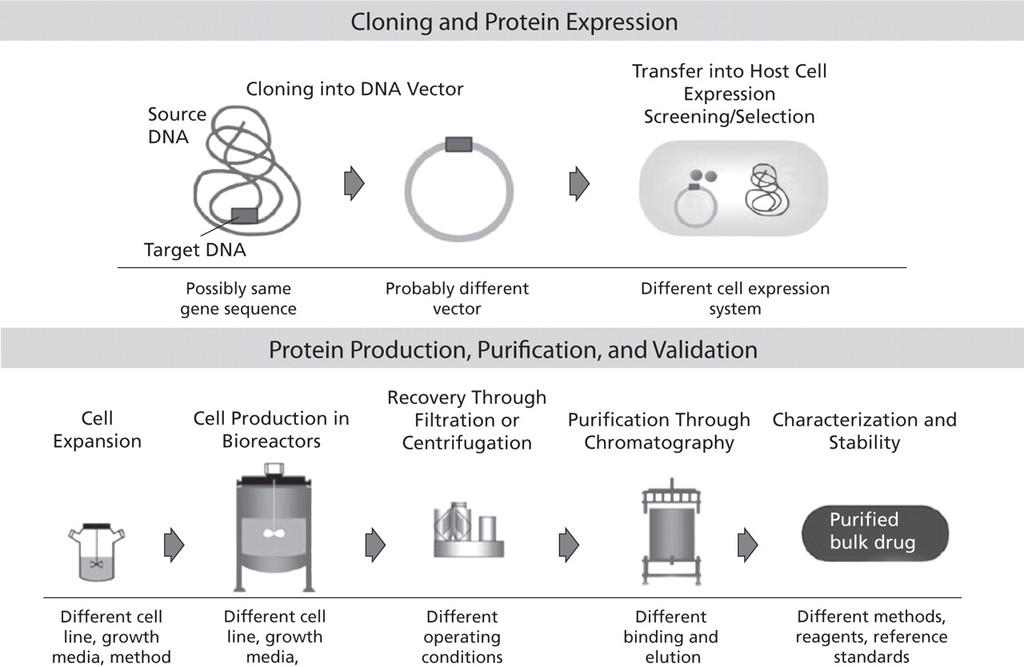 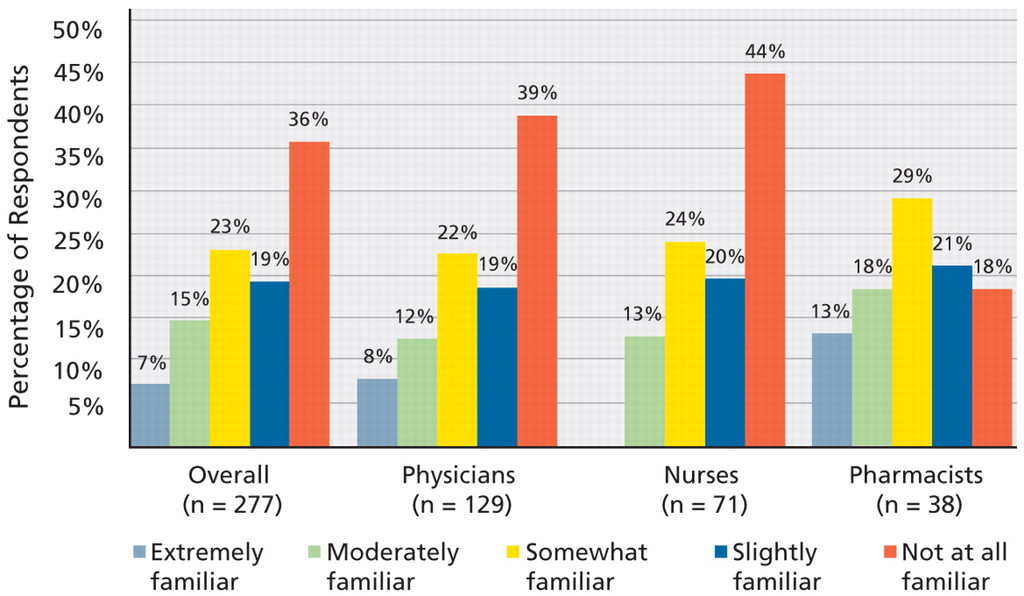 Please rate your overall familiarity with developments for biosimilars, including recent legislation that provides an approval pathway for noninnovator (e.g., “generic”) manufacturers to introduce copies of biologics through an abbreviated review process. 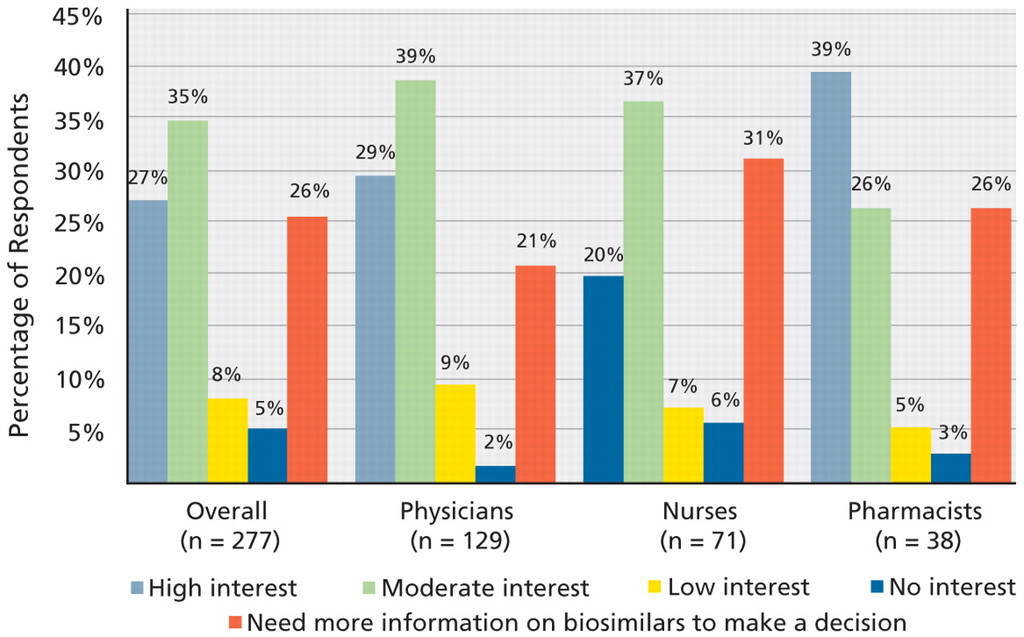 Once approved by the FDA, what is your interest in prescribing, dispensing, or administering biosimilars in your practice setting?

As more information on biosimilars becomes available, how important are the following types of information in helping you decide to use biosimilar products? 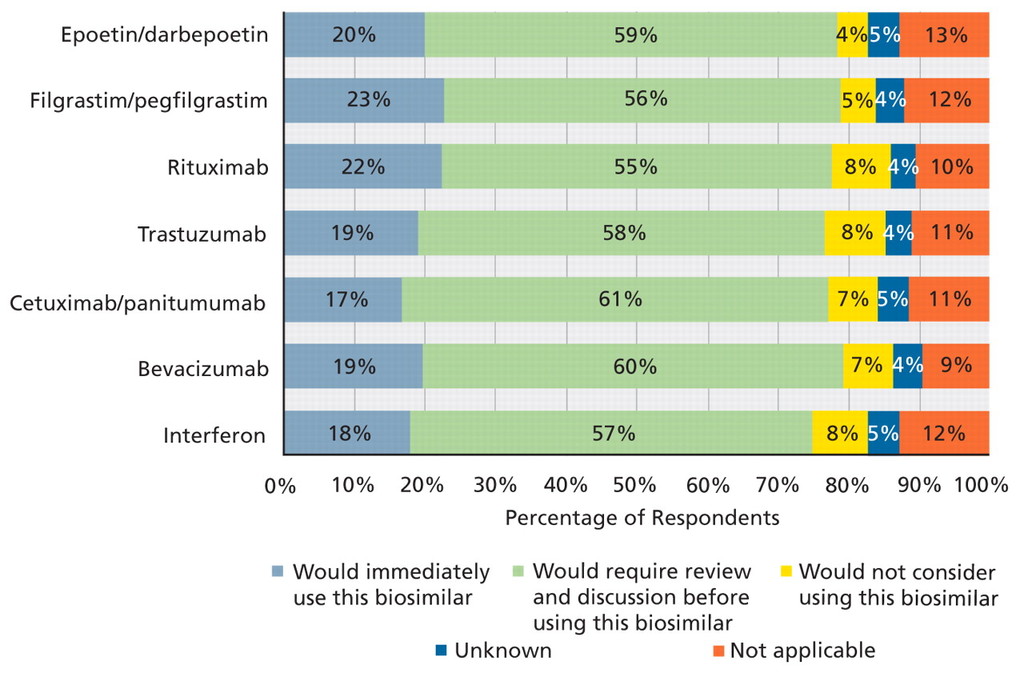 If a biosimilar was FDA-approved and available today for the following biologics, how would you proceed in routinely using the biosimilar instead of the innovator product tomorrow? 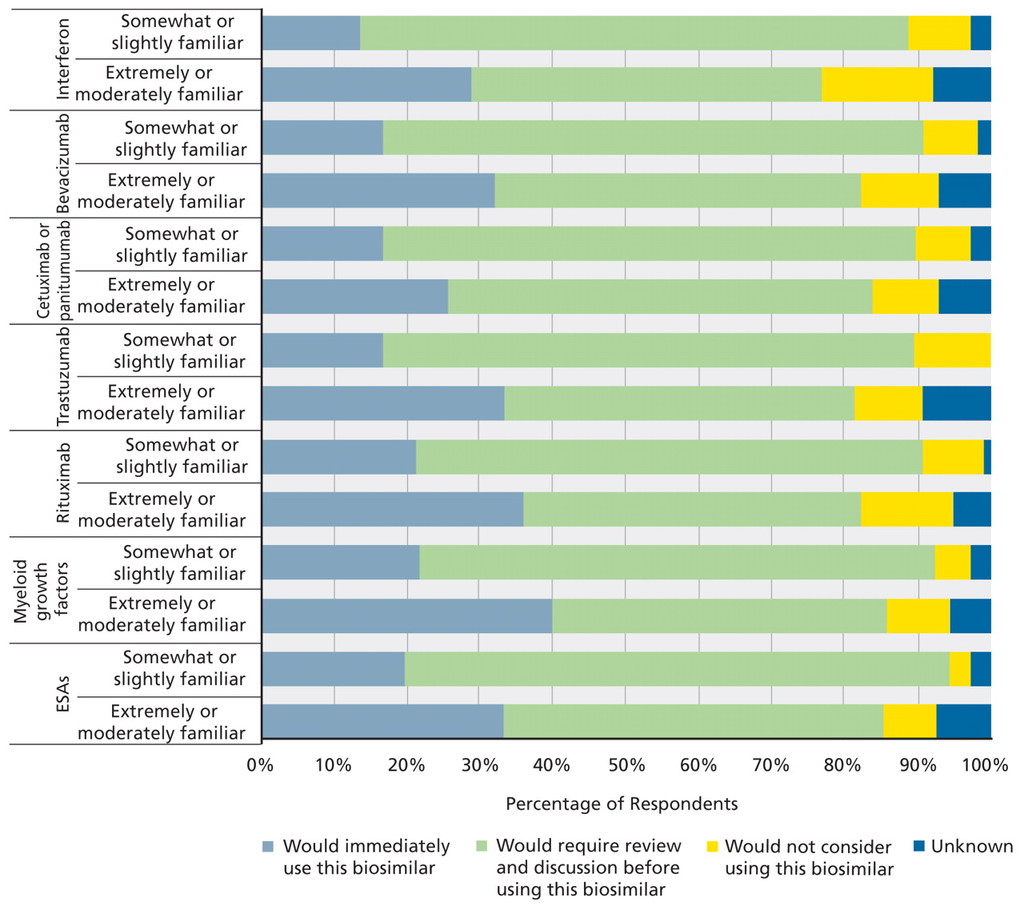 Anticipated use of biosimilar products according to familiarity of recent biosimilar developments. Abbreviation: ESAs, erythropoiesis-stimulating agents. 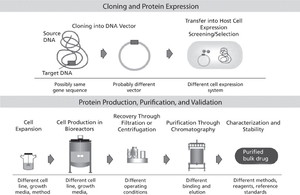 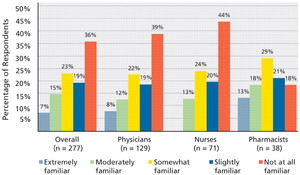 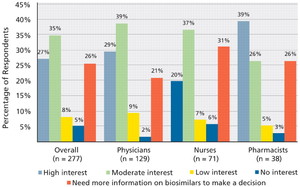 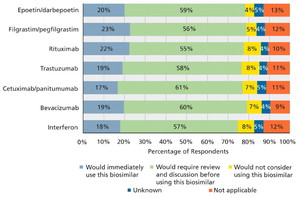 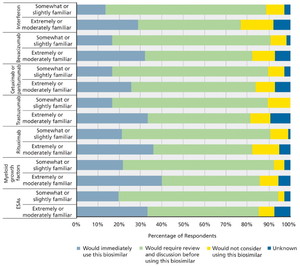