Clinical trials operations struggle to achieve optimal distribution of workload in a dynamic data management and regulatory environment, and to achieve adequate cost recovery for personnel costs. The University of Michigan Comprehensive Cancer Center developed and implemented an effort tracking application to quantify data management and regulatory workload to more effectively assess and allocate work while improving charge capture. Staff recorded how much time they spend each day performing specific study-related and general office tasks. Aggregated data on staff use of the application from 2006 through 2009 were analyzed to gain a better understanding of what trial characteristics require the most data management and regulatory effort. Analysis revealed 4 major determinants of staff effort: 1) study volume (actual accrual), 2) study accrual rate, 3) study enrollment status, and 4) study sponsor type. Effort tracking also confirms that trials that accrued at a faster rate used fewer resources on a per-patient basis than slow-accruing trials. In general, industry-sponsored trials required the most data management and regulatory support, outweighing other sponsor types. Although it is widely assumed that most data management efforts are expended while a trial is actively accruing, the authors learned that 25% to 30% of a data manager's effort is expended while the study is either not yet open or closed to enrollment. Through the use of a data-driven effort tracking tool, clinical research operations can more efficiently allocate workload and ensure that study budgets are negotiated to adequately cover study-related expenses. 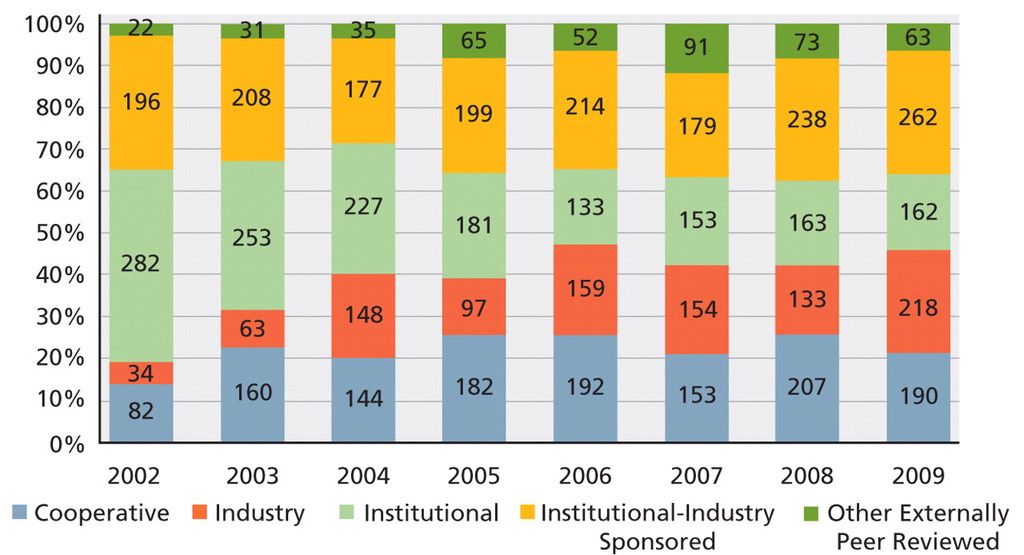 Cancer center trends: composition of therapeutic research by type (based on a yearly accrual). Number of accruals per sponsor type in the University of Michigan Comprehensive Cancer Center Clinical Trials Office portfolio from 2002–2009. 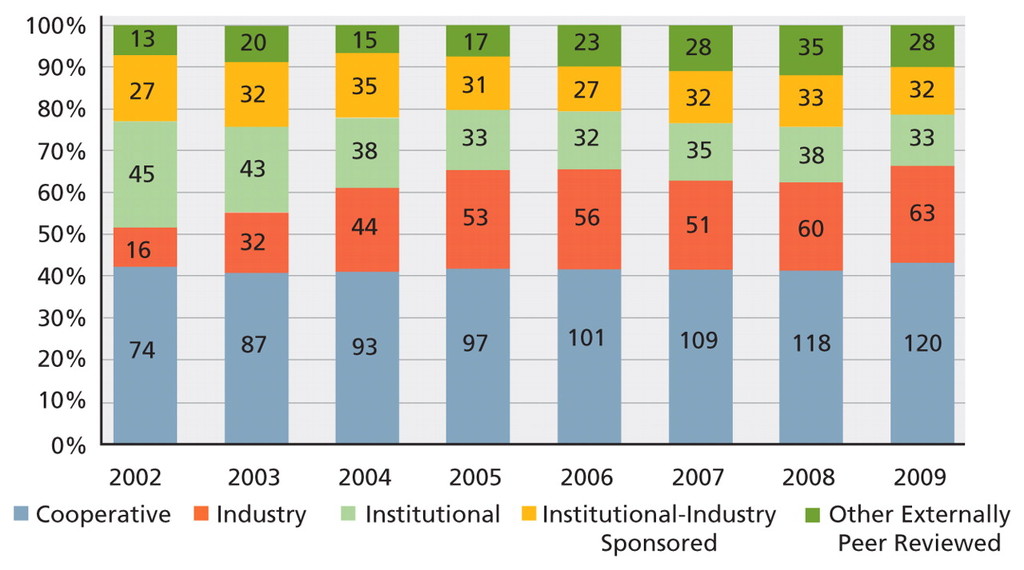 Cancer center trends: composition of therapeutic research by type (based on enrolling studies). Number of trials per sponsor type in the University of Michigan Comprehensive Cancer Center Clinical Trials Office portfolio from 2002–2009. 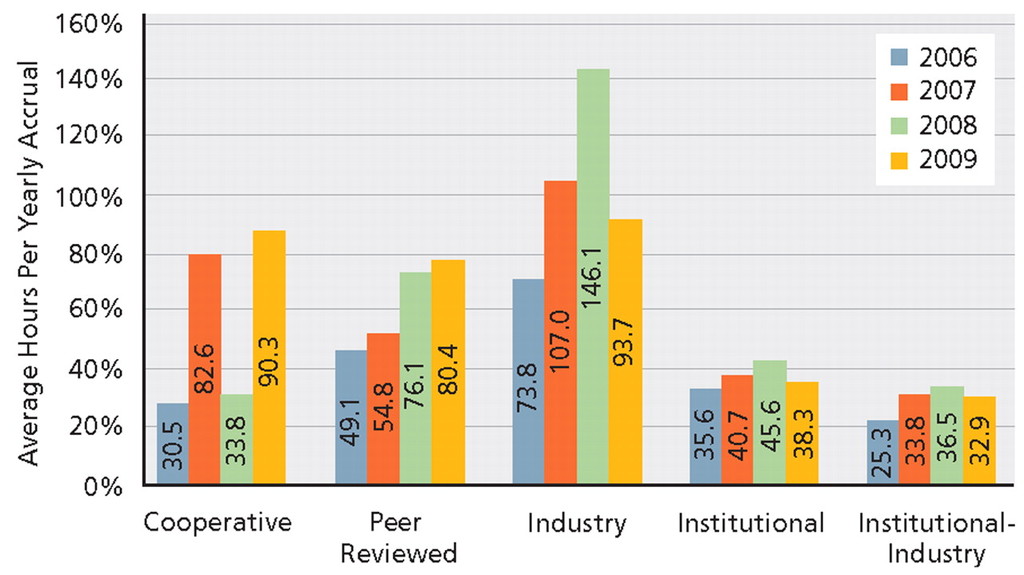 Number of hours spent per patient accrual categorized by sponsor type for 2006–2009. 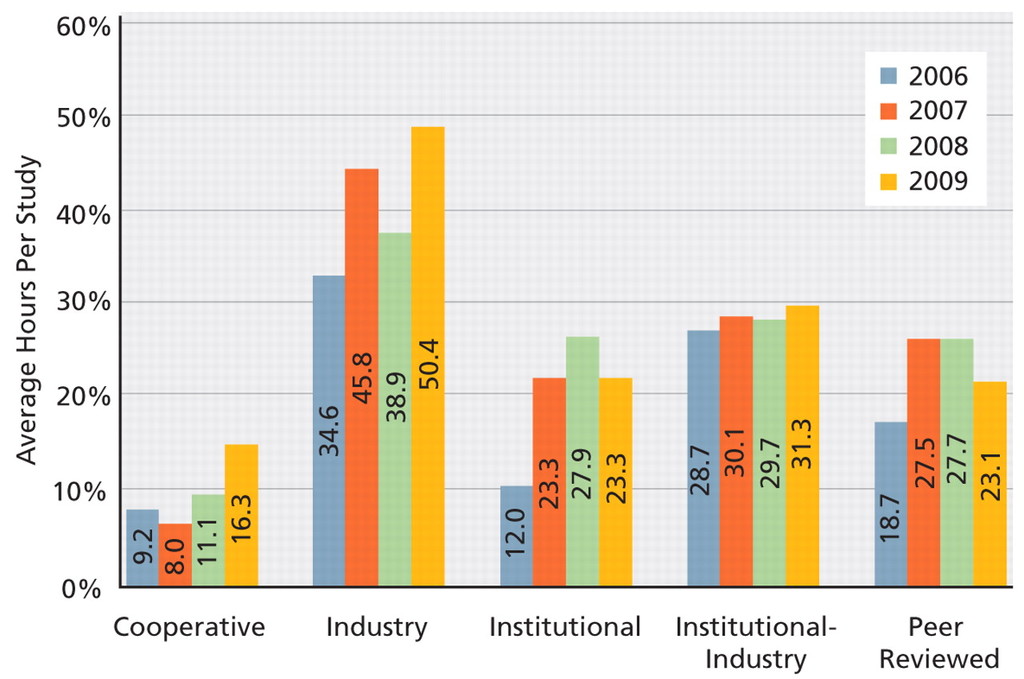 Hours of regulatory effort for each trial categorized by sponsor type for 2006–2009. 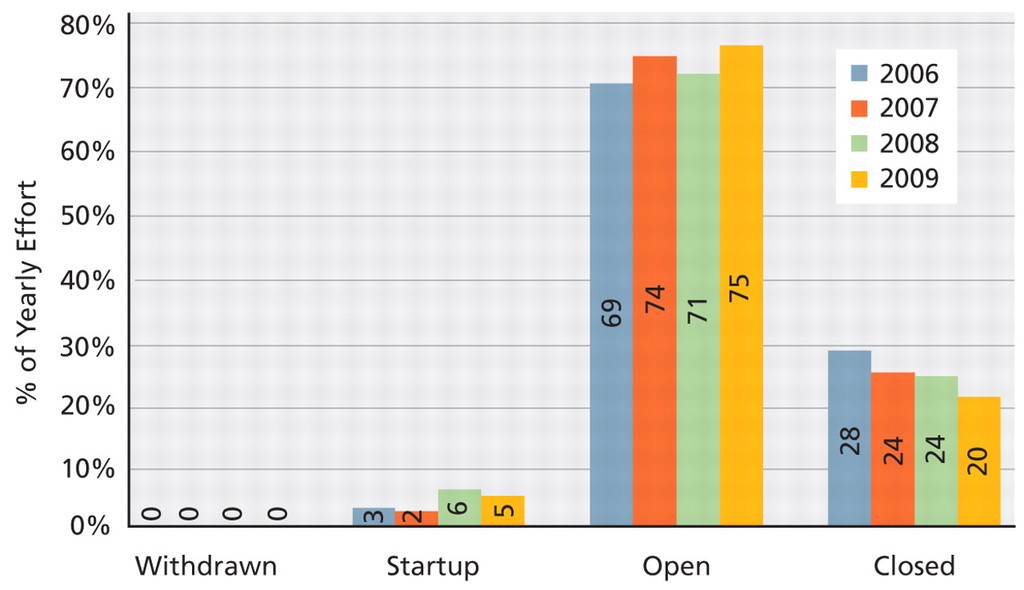 Percentage of data management effort allocated to each phase of study activity for 2006–2009. 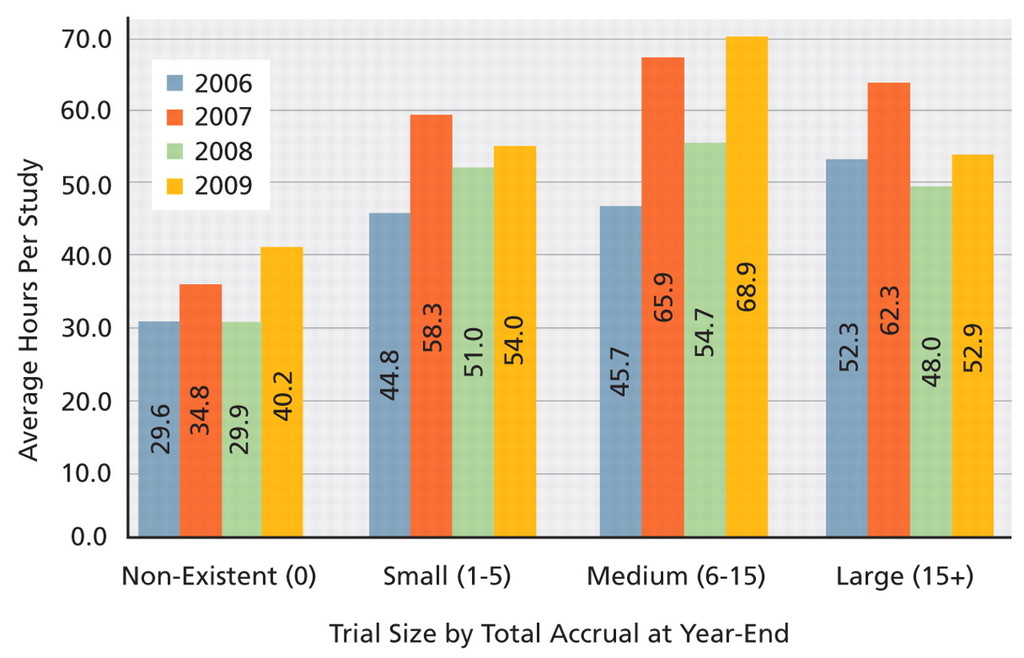 Average number of regulatory hours per study categorized by study size for 2006–2009.

Percentage of data management effort per patient accrual categorized by accrual speed for 2006–2009.

Percentage of regulatory effort per trial categorized by accrual speed for 2006–2009. 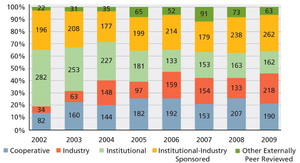 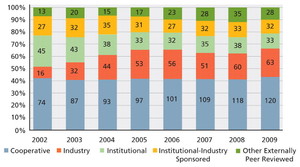 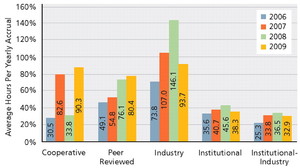 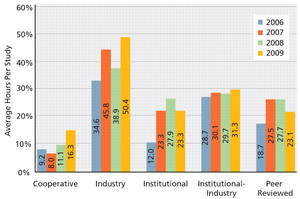 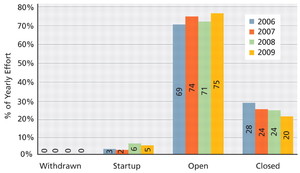 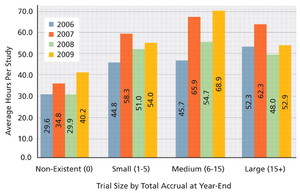