Quantifying data management and regulatory workload for clinical research is a difficult task that would benefit from a robust tool to assess and allocate effort. As in most clinical research environments, The University of Michigan Comprehensive Cancer Center (UMCCC) Clinical Trials Office (CTO) struggled to effectively allocate data management and regulatory time with frequently inaccurate estimates of how much time was required to complete the specific tasks performed by each role. In a dynamic clinical research environment in which volume and intensity of work ebbs and flows, determining requisite effort to meet study objectives was challenging. In addition, a data-driven understanding of how much staff time was required to complete a clinical trial was desired to ensure accurate trial budget development and effective cost recovery. Accordingly, the UMCCC CTO developed and implemented a Web-based effort-tracking application with the goal of determining the true costs of data management and regulatory staff effort in clinical trials. This tool was developed, implemented, and refined over a 3-year period. This article describes the process improvement and subsequent leveling of workload within data management and regulatory that enhanced the efficiency of UMCCC's clinical trials operation. 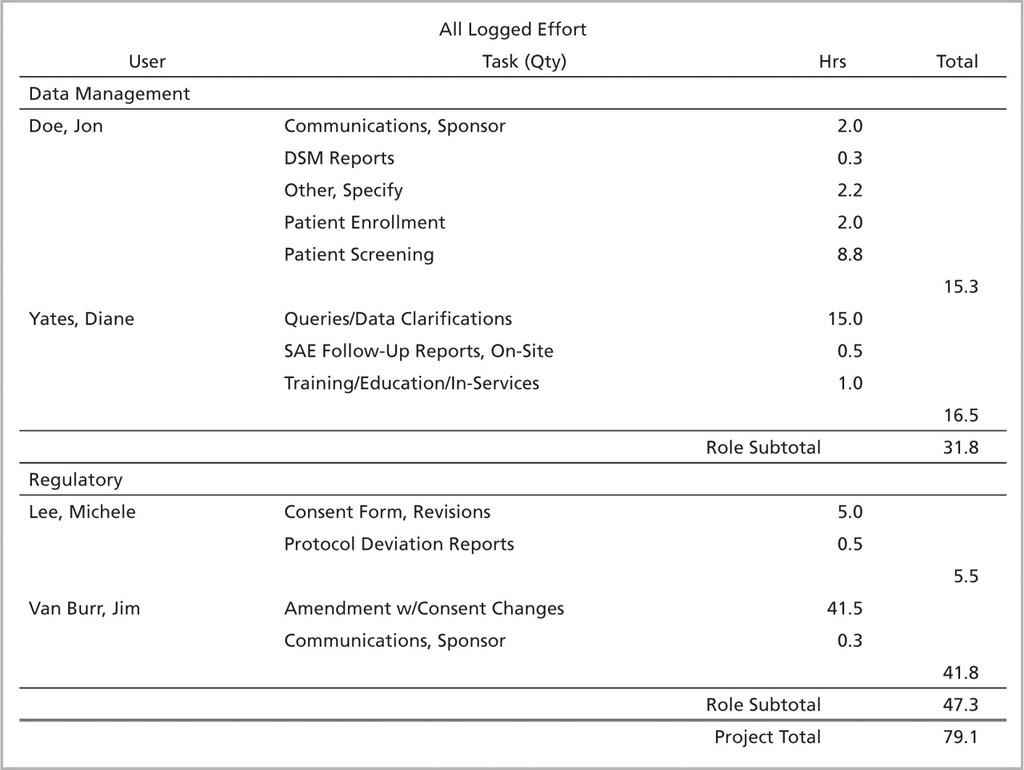 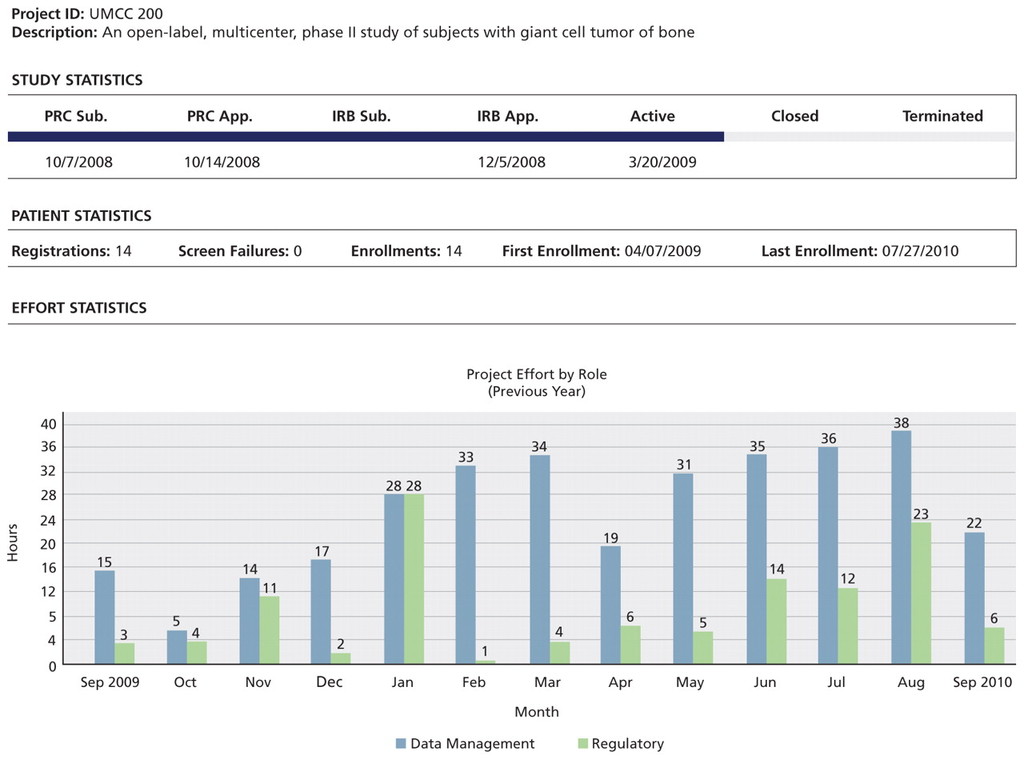 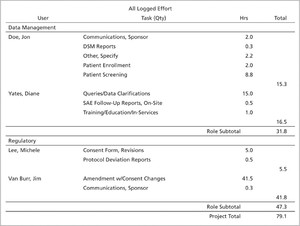 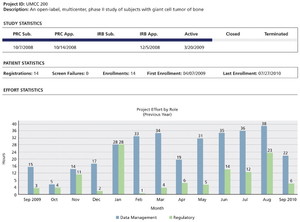