Management of anemia in patients with cancer presents challenges from clinical, operational, and economic perspectives. Clinically, anemia in these patients may result from treatment (chemotherapy, radiation therapy, or surgical interventions) or from the malignancy itself. Anemia not only contributes to cancer-related fatigue and other quality of life issues, but also affects prognosis. From the operational perspective, a patient with cancer who is also anemic may consume more laboratory, pharmacy, and clinical resources than other patients with cancer.

At what platelet count does your medical staff initiate a prophylactic transfusion to a patient?

Does your transfuion threshold change if the patient requires anticoagulation, has high risk features, or is actively bleeding?

When red cells are ordered for a transfusion, what is your policy on the number of units that should be initially ordered?

Has your institution developed programs or policies to minimize the impact of diagnostic phlebotomy on the development of anemia (e.g., decreased frequency, use of small-volume sample tubes, etc.)?

Does your institution have policies surrounding autologous blood donation specifically in the oncology context?

Do you have an on-site blood donor collection center at your institution? 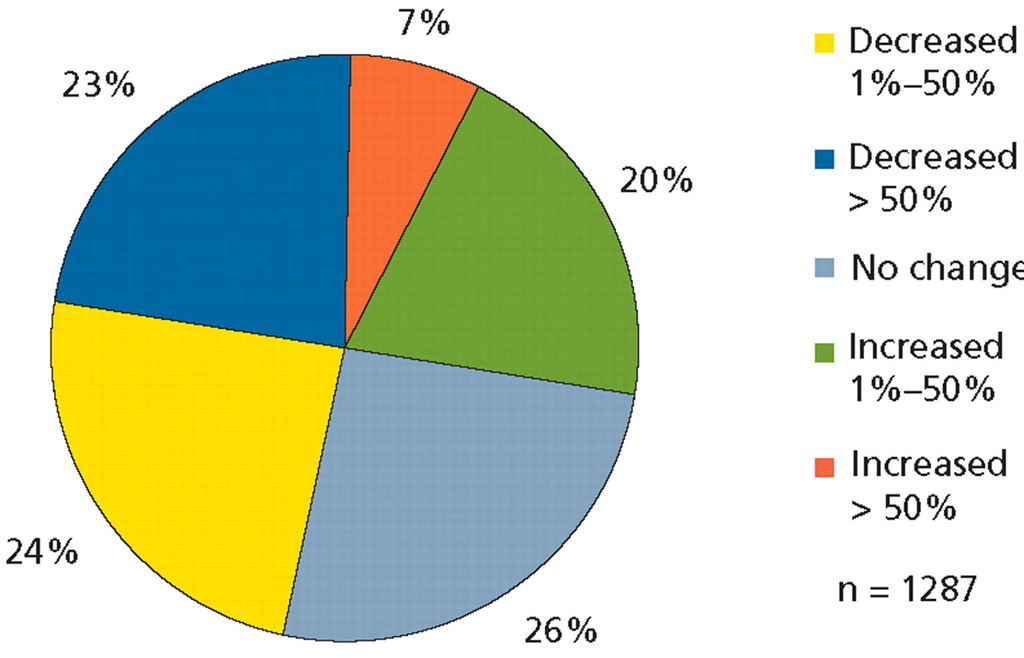 Reported changes in use of ESAs in cancer patients over past 2 years. 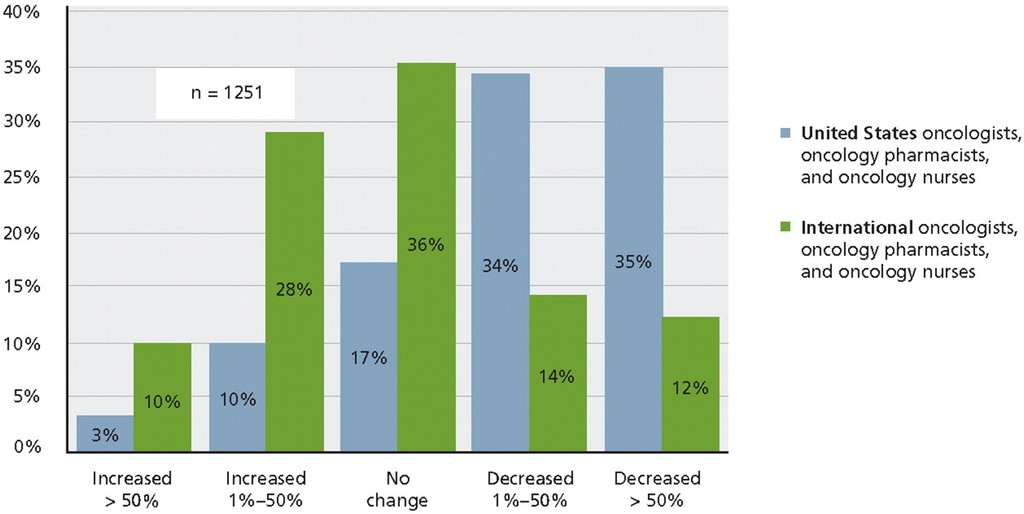 Reported changes in use of ESAs in cancer patients over past 2 years: United States and international comparison. 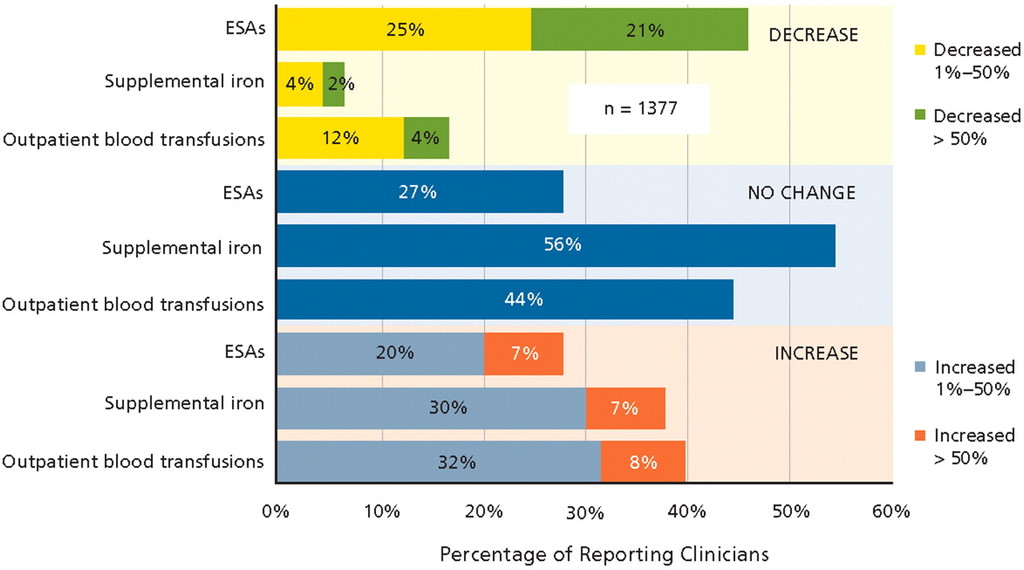 Reported changes in use of ESAs, supplemental iron, and outpatient blood transfusions among all reporting practicing oncology clinicians. 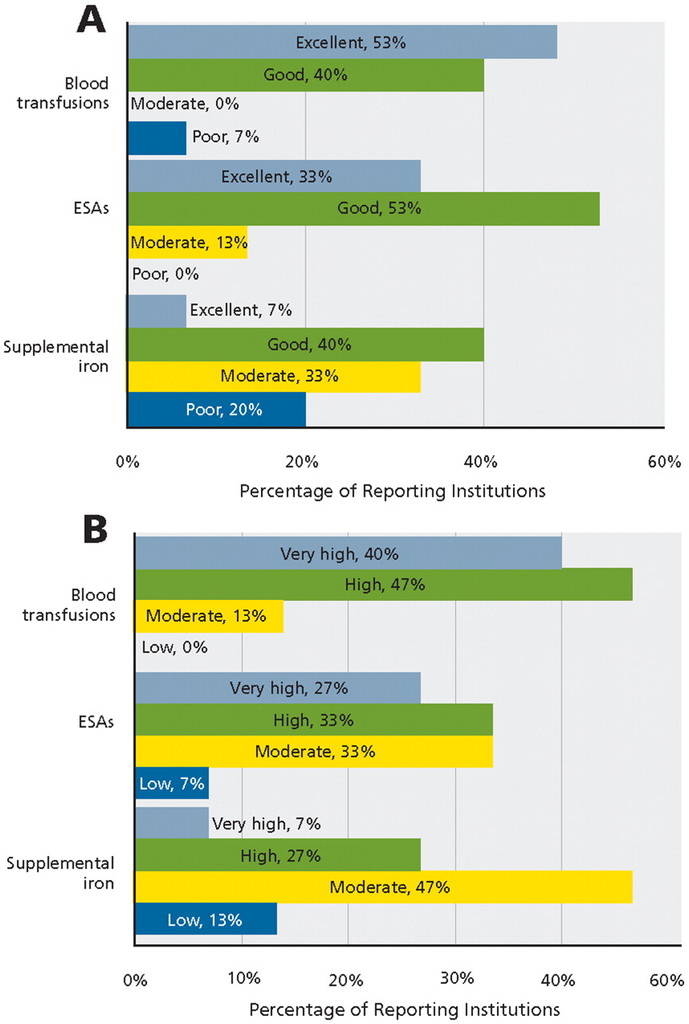 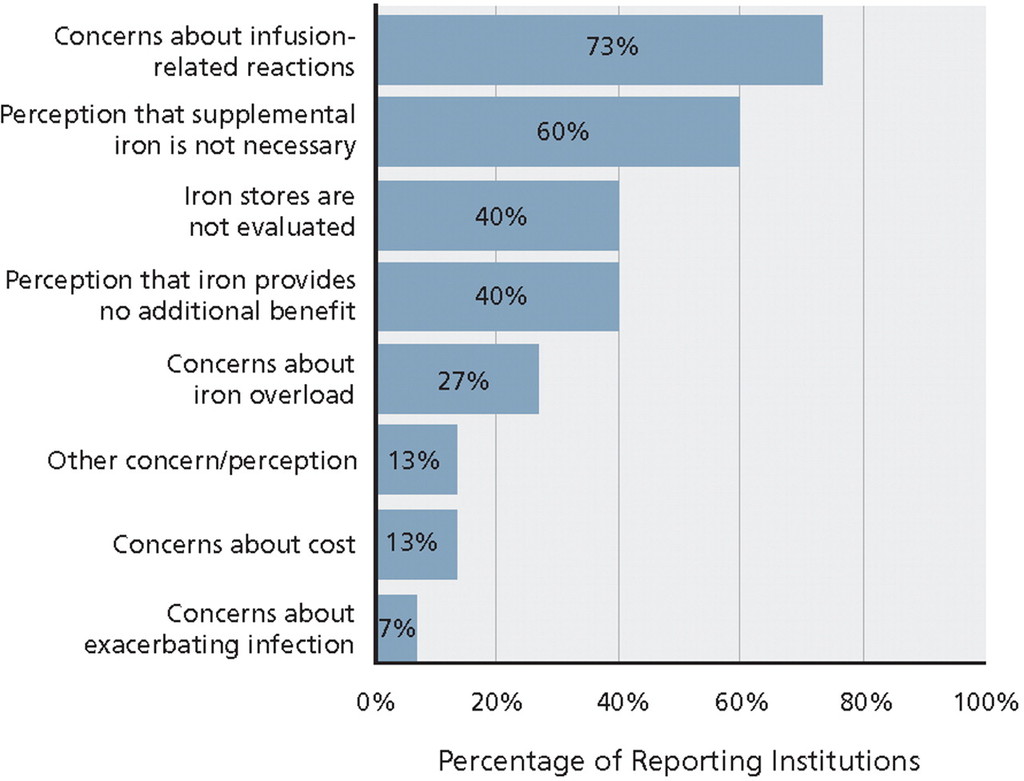 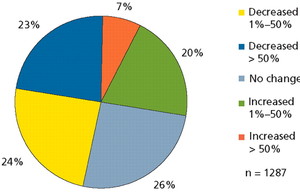 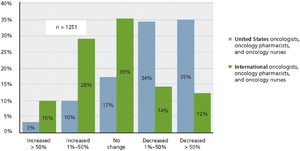 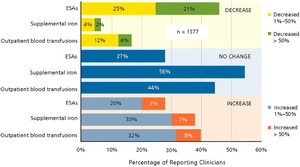 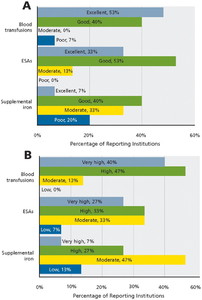 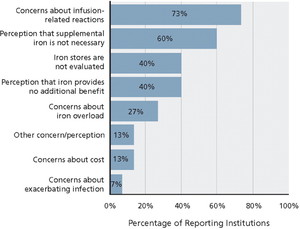