The NCCN Clinical Practice Guidelines in Oncology (NCCN Guidelines) on Hepatobiliary Cancers address hepatocellular cancer, cancer of the gallbladder, extrahepatic cholangiocarcinoma, and intrahepatic cholangiocarcinoma. Hepatocellular cancer incidence is higher in the Middle East and North Africa (MENA) region than in the West, and hepatitis B and C infections are particularly important; the incidence of gallbladder cancer is among the highest in the world. Regional problems include delay in diagnosis, shortage of trained staff, and insufficient liver transplant facilities. Furthermore, costs associated with molecular and targeted therapies are an increasing concern. A committee was formed, consisting of leading specialists and decision-makers from the region, with each member being tasked to suggest modifications to the existing guidelines based on review of the literature and consultations with local colleagues. This committee met as a group, and then continued to discuss and debate the suggested modifications electronically. Several recommendations were finalized after vigorous debate. The final approved recommendations were then presented in April 2009 to the chair of the NCCN Hepatobiliary Cancers Panel for onward transmission and approval. This project represents an effort to modify and implement the NCCN Guidelines on Hepatobiliary Cancers in the MENA region, while taking into consideration local differences in patient and disease characteristics. The hope is that this will form the basis of future local, regional, and international cooperation in guideline development and research.

The 2009 version of the NCCN Clinical Practice Guidelines in Oncology (NCCN Guidelines) on Hepatobiliary Cancers (to view the most recent version of these guidelines, visit the NCCN Web site at www.NCCN.org) addresses 4 main tumor groups: hepatocellular cancer, cancer of the gallbladder, extrahepatic cholangiocarcinoma, and intrahepatic cholangiocarcinoma.

The region also shares some unique regional risk factors. Hepatitis B and C infections seem to be particularly important. A predominance of hepatitis B virus surface antigen is seen in patients with hepatocellular cancer from most Asian, African, and Latin American countries; hepatitis C predominates in Japan, Pakistan, Mongolia, and Egypt.5

Although the MENA region is not homogeneous, most countries represented in the committee have some common issues, albeit to a variable extent. These include delay in diagnosis, often from an absence of screening programs in those infected with hepatitis B or C, and a shortage of trained staff required for diagnosis and treatment, including gastroenterologists/hepatologists, radiologists, hepatobiliary surgeons, and oncologists. Furthermore, insufficient or, in some cases, nonexistent liver transplant facilities are a serious limitation to treatment for some patients. Pakistan, with a population of more than 170 million, has no liver transplant program. India has 3 centers, performing a total of 550 transplants annually. Egypt has 10 centers, with 150 to 200 transplants performed per year, whereas Saudi Arabia has 3 centers, performing 120 transplants annually.

The costs associated with diagnosis and treatment are an increasing concern in an age of molecular and targeted therapies. Sorafenib for treating hepatocellular carcinoma, for example, is too expensive to be used by most eligible patients in many countries. It is currently recommended primarily in patients with Child's A disease, precluding its use in most patients in the MENA region. Additionally, the modest benefit in survival improvement means that both patients and physicians question the cost/benefit analysis.

Shortage of trained staff is a major problem in many countries in the region. Interventional radiologists are a rare species in many countries. Currently, only 4 centers in Pakistan offer transarterial chemoembolization, with each performing fewer than 500 procedures per year, for an estimated 15,000 new cases per year. A dearth of surgical expertise for liver resection and transplantation exists across the region.

Therefore, numerous challenges exist in the region. A large number of patients have hepatitis B and C infections, suggesting a huge tumor load in the future. Patients present at an advanced stage, with poor background liver function in up to half, thus precluding many treatment options. A culture of cooperation between different specialties is often lacking, with multidisciplinary care the exception rather than the norm. This results in squandering of research opportunities and lack of progress at the local, national, and regional levels.

Typical Journey of a Patient With Hepatocellular Carcinoma in Pakistan

Abdominal pain leads to investigation, and usually the discovery of hepatitis C infection. Abdominal imaging, usually with ultrasonography, leads to the finding of a mass or masses in the liver. Most patients will have access to biphasic CT scanning, usually at a referral center or in the private sector. However, up to 85% may be unsuitable for treatment based on extent of disease or poor liver function. The remainder are offered various treatments, but cost issues often limit patient acceptance, especially for sorafenib, which only 1 in 8 patients will accept at Shaukat Khanum Memorial Cancer Hospital in Lahore.

In a single-center experience in Pakistan,2 586 patients were diagnosed with hepatocellular cancer over a 10-year period. Most presented with large, multifocal tumors (mean cross-sectional diameter, 8 cm). Background liver function, assessed according to Child-Pugh status, was poor (B to C) in 46%. Median survival after diagnosis was 10.5 months, with 1-, 3-, and 5-year survival rates of 45%, 20%, and 10%, respectively (Figure 1).

After the successful development of regional NCCN guidelines for Korea and China, a committee was formulated in November 2008 to begin developing regional guidelines for the MENA region. The committee also had major representation from South Asia. The initial group consisted of the various committee chairs. Each committee chair then began identifying and inviting leading specialists and decision-makers from the region to participate. Each member was asked to suggest modifications to the existing guidelines, based on review of the literature and after consultations with local colleagues. The committee met in Dubai in January 2009 to discuss and debate the various suggested modifications. Further modifications followed, with most discussion and changes occurring by email. All members were required to provide references from the literature for any modifications to be approved. The committee then met again, on the sidelines of the NCCN–MENA meeting in Abu Dhabi in April 2009, to finalize the presentation and recommendations. These were then presented to the chair of the NCCN Hepatobiliary Cancers Panel for onward transmission and approval.

The committee suggested adding “The NCCN believes that all cancer patients should be managed by a multidisciplinary team, and preferably in a specialist center.”

Screening: The committee suggested modifying footnote “b” to read “Imaging of those with elevated AFP [alpha-fetoprotein] should be with CT/MR, and not with ultrasound scan [USS]. If CT/MR is normal, then follow-up imaging will be with USS.”10 This recommendation was made because contrast-enhanced ultrasound scan is not widely available in the MENA region.

Diagnosis: The committee suggested amending “biopsy” to read “FNAC/biopsy” and adding a footnote stating that “FNAC appropriate if cytopathology expertise available.” The rationale for this recommendation is that fine-needle aspiration (FNA) may be easier and safer and requires less monitoring. Furthermore, it may be associated with fewer complications and is often less expensive than liver biopsy.

The committee also suggested adding a footnote after “AFP” stating “AFP > 1000 is suggestive of microvascular invasion in tumors > 5 cm. These patients are not suitable for transplantation.”13

Surgical Assessment: The committee suggested replacing “Child's A, B” with “Child's A” because they believed that this was more in agreement with the American Association for the Study of Liver Disease (AASLD) guidelines, which state that “Patients who have a single lesion can be offered surgical resection if they are noncirrhotic or have cirrhosis but still have well-preserved liver function, normal bilirubin, and hepatic vein pressure gradient < 10 mm Hg.”10 The committee believed that those with poorer liver function (i.e., patients with Child's B) probably should be considered for transplantation rather than resection.

The committee also believed that “biliary drainage” should be removed from the primary treatment column, because this should be performed normally during the diagnostic workup.

Although not disagreeing with resection as a possible treatment for intrahepatic cholangiocarcinoma, the committee believed it important to add a footnote stating that “There is no level 1 data with regard to the value of hepatic resection in this situation.”

In workup, the committee suggested changing “cholangiography” to “ERCP/PTC + biliary drainage (+ biopsy if possible) if obstruction confirmed.” The committee also believed that “biliary drainage” should be removed from the primary treatment column, because this should be performed normally during the diagnostic workup.

For “Resected, negative margin (R0), negative regional nodes,” the committee recommended removing the chemotherapy option because they believed the benefit of adjuvant chemotherapy remains unproven, and the only randomized trial examining this did not show any benefit in treating cholangiocarcinoma.16 The committee also recommended that the chemotherapy + radiation therapy (XRT) option be removed because of conflicting data regarding adjuvant chemoradiation. No randomized trials specifically address this treatment, and most retrospective series consisted of a mix of R0 and R1 tumors. No clear evidence shows that adjuvant chemoradiation “improves” outcomes in patients with R0 cancers. The committee believed it reasonable to leave “Observe or clinical trial” as the only 2 available options.

This initiative represents the first effort in the MENA region to implement transnational guidelines, with content based on the NCCN guidelines but modified to take into consideration local differences in patient and disease characteristics. Every effort was made to recommend modifications based on the literature or, at the minimum, best practice in the region, and backed by expert opinion. This project could form the basis of future cooperation, not only in guideline development and modification, but also in research. It became painfully obvious to all involved in this effort that little local research data was available on which to base suggested modifications. This finding highlighted the need for regional cooperation and the development of research protocols to study these common diseases in the MENA region. Great disparity exists within the MENA region in terms of patients and resources, but many similarities are also present. The committee members hope to revisit this subject at regular intervals, and look forward to when all cancer care in this region follows treatment guidelines derived from robust local data. 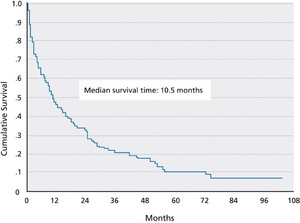