The Economic Impact of Non-Melanoma Skin Cancer: A Review

Non-melanoma skin cancer (NMSC) is the most common cancer in the United States. Cost of NMSC care primarily depends on 2 factors: care settings and treatment modalities. However, the cost efficacy of NMSC care has been insufficiently addressed in previous literature. Therefore, this article evaluates available research on the cost implications to compare the costs associated with treatment within different care settings and specialties involved, and to assess the costs of different treatment modalities with respect to procedure type, tumor size, and tumor location. This evaluation showed that physician-office settings provided the lowest cost per episode of care ($492) and were the dominant setting for NMSC care; dermatologists managed most NMSC episodes and used a wider range of treatment options than other specialists. Regarding treatment modalities, Mohs micrographic surgery was shown to be similar in cost to traditional surgical excision with permanent sections and was less costly than excision with frozen sections. Electrodessication and curettage and imiquimod were also reported to be inexpensive treatments. Furthermore, a positive correlation was seen between cost and tumor size for any particular treatment modality. Given these comparisons, and the rising incidence of NMSC and potential legislative measures to regulate office-based procedures, it is important to preserve the low-cost management of this disease. 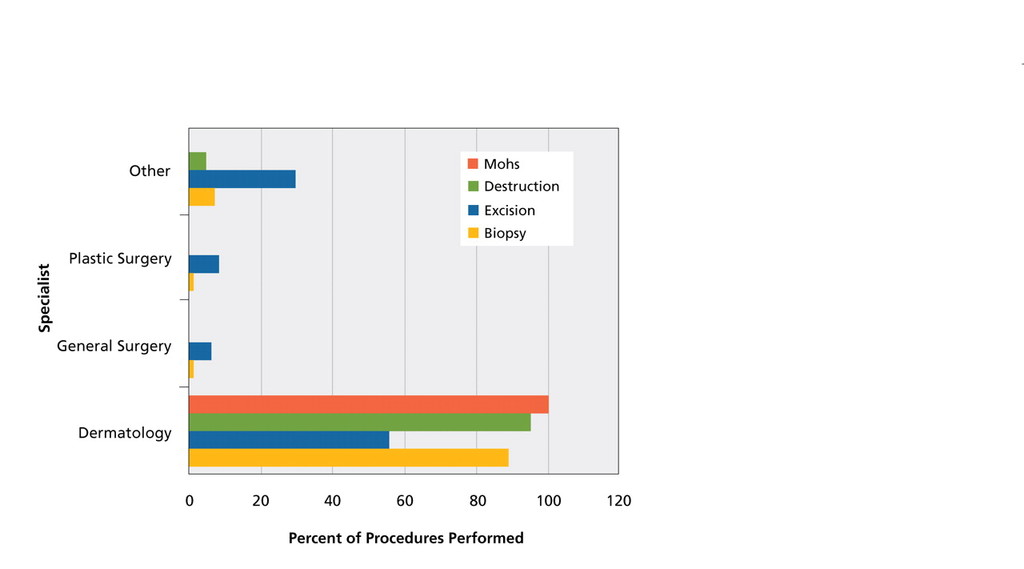 National estimates of surgical procedures for non-melanoma skin cancer according to specialty. 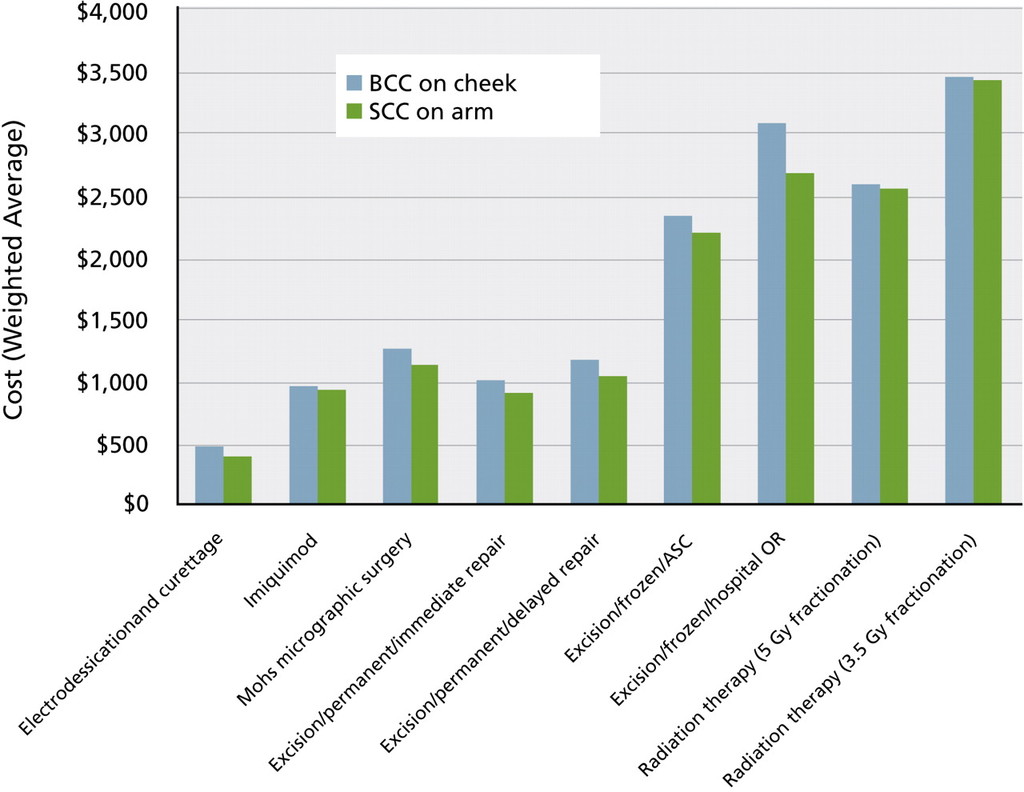 Cost comparison based on location of non-melanoma skin cancer treatment. 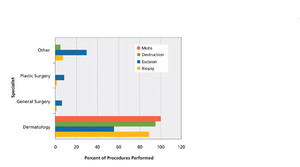 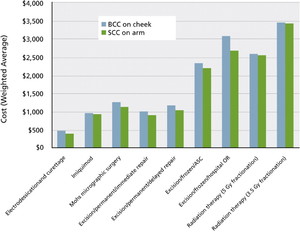