The use of positron emission tomography (PET) is increasing rapidly in the United States, with the most common use of PET scanning related to oncology. It is especially useful in the staging and management of lymphoma, lung cancer, and colorectal cancer, according to a panel of expert radiologists, surgeons, radiation oncologists, nuclear medicine physicians, medical oncologists, and general internists convened in November 2006 by the National Comprehensive Cancer Network. The Task Force was charged with reviewing existing data and developing clinical recommendations for the use of PET scans in the evaluation and management of breast cancer, colon cancer, non-small cell lung cancer, and lymphoma. This report summarizes the proceedings of this meeting, including discussions of the background of PET, possible future developments, and the role of PET in oncology. (JNCCN 2007;5(Suppl 1):S1–S22) 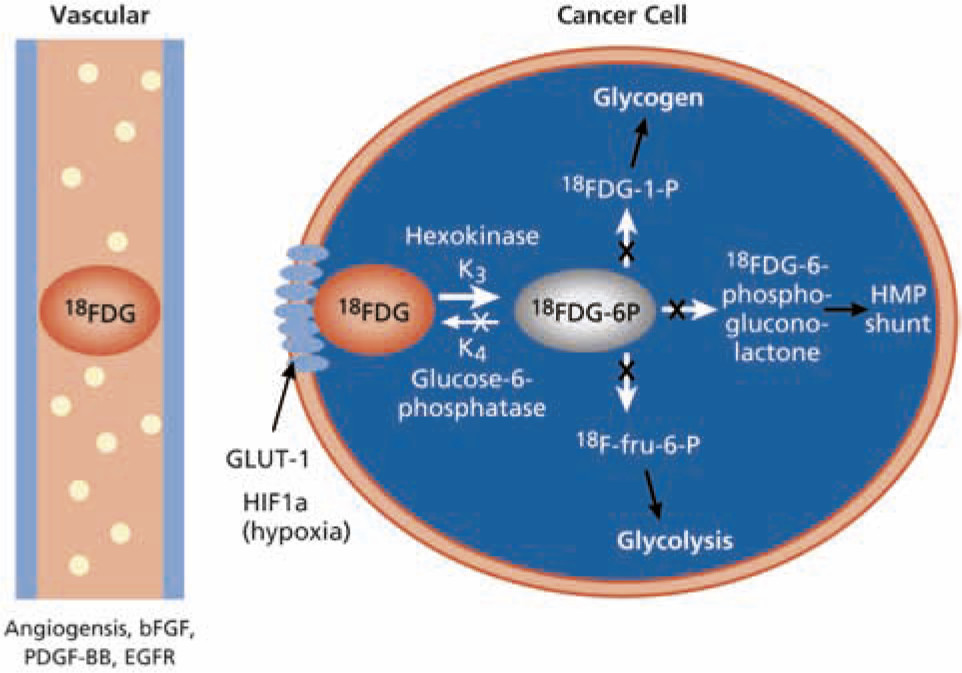 FDG uptake in a cancer cell. 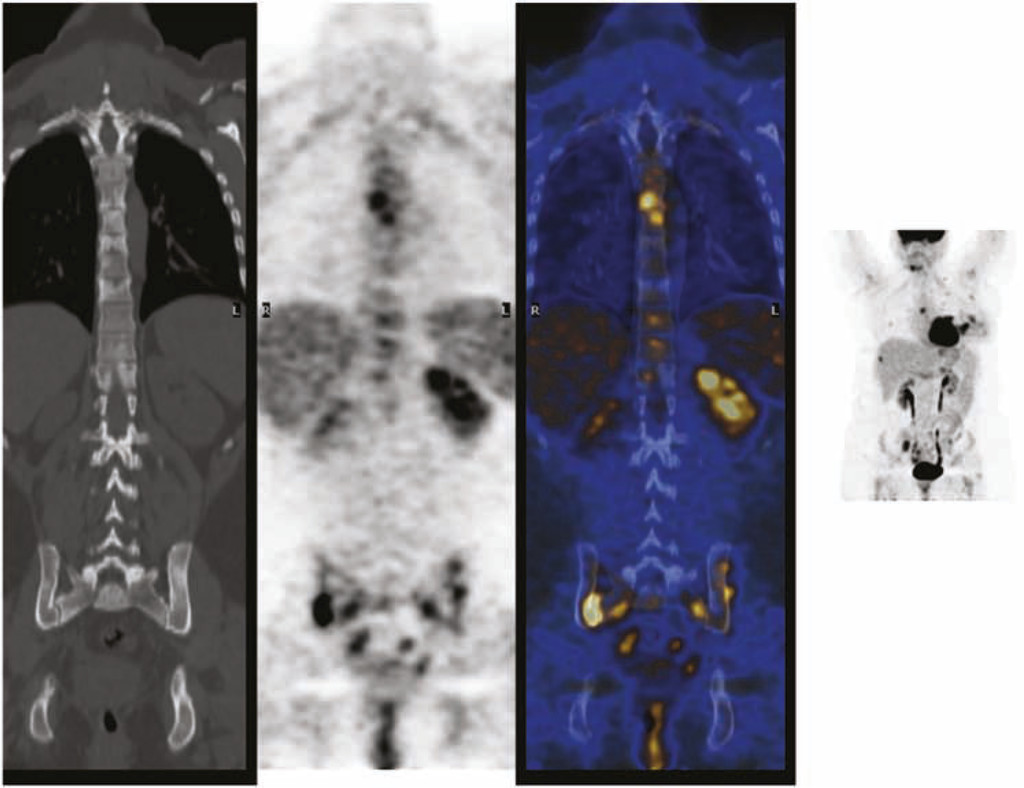 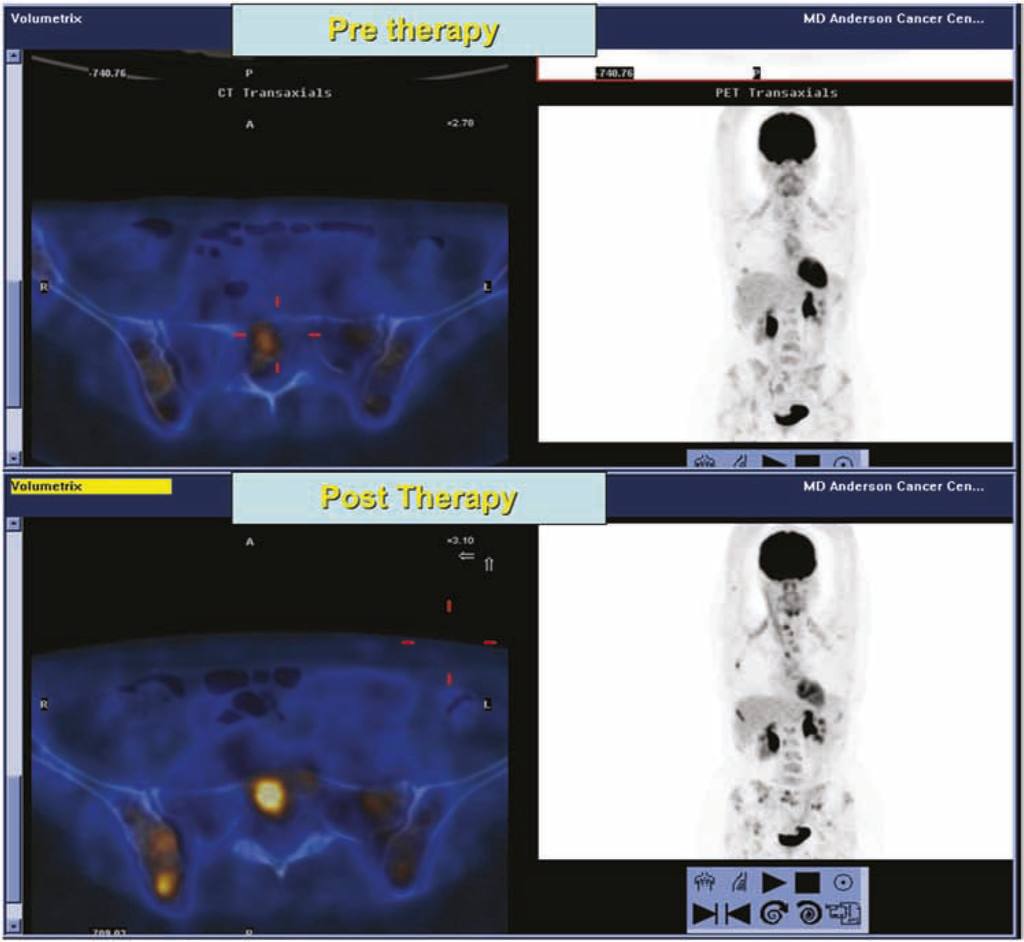 Demonstration of flare in the healing response. Increased metabolism is caused by therapy not worsening disease. 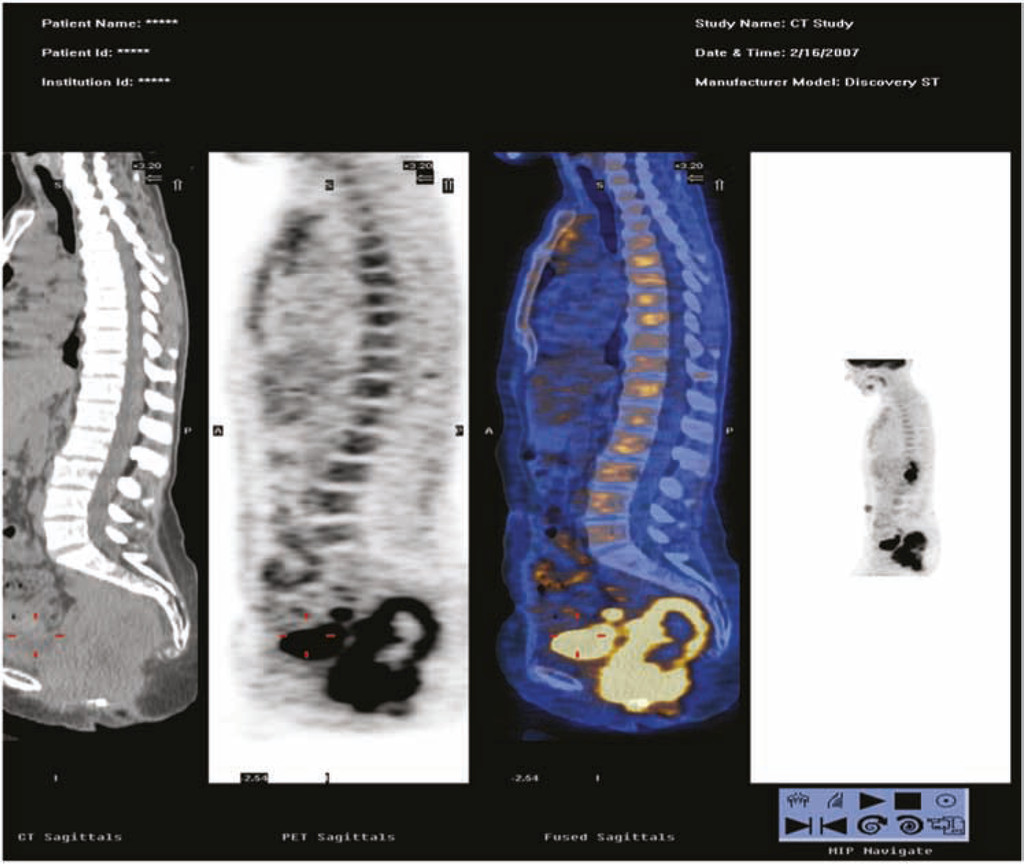 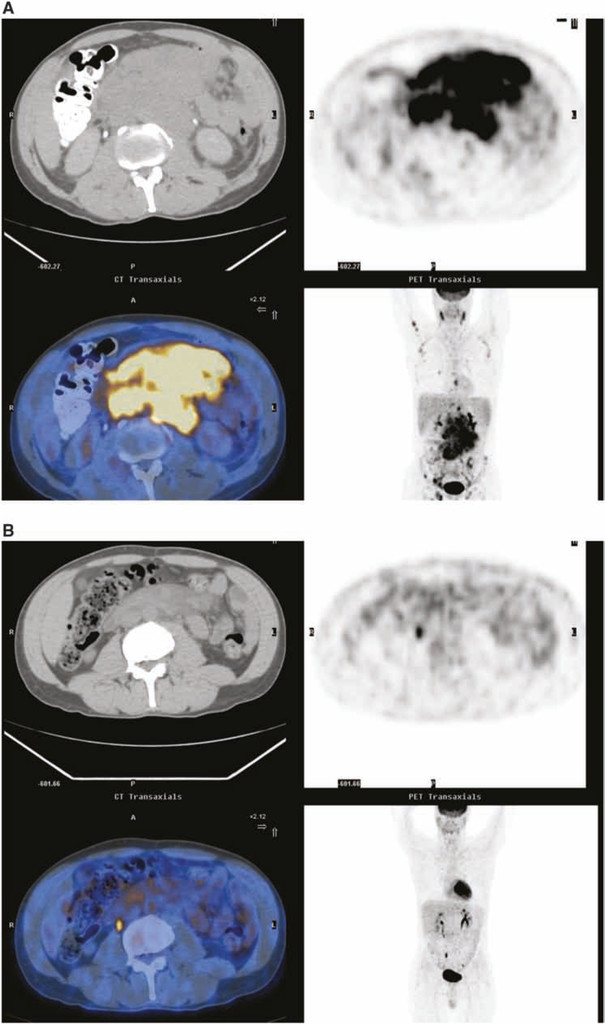 Pre- (A) and post-therapy (B) PET/CT in a lymphoma patient expected to have a good outcome. 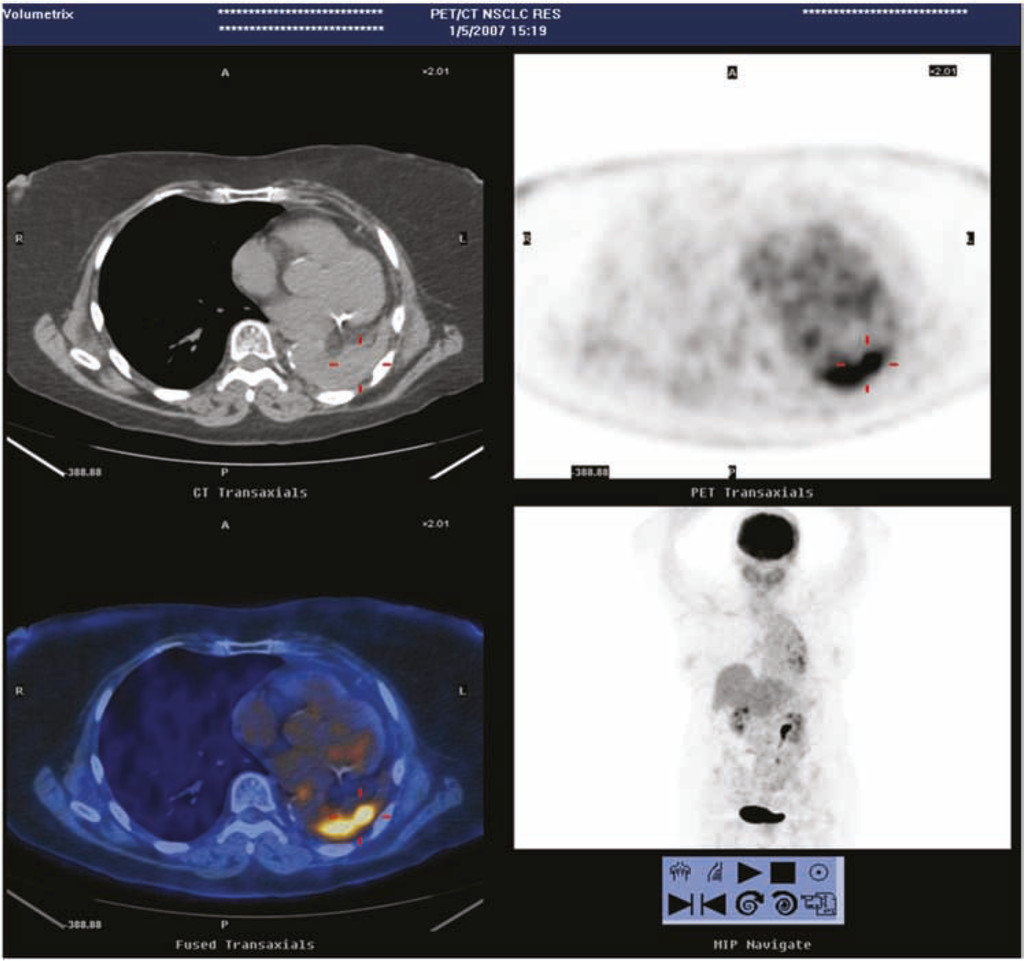 Biopsy-proven infection, not tumor, in follow-up of patient with history of non-small cell lung cancer. 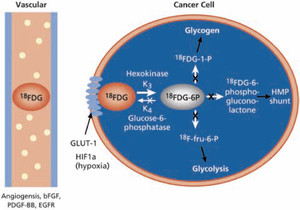 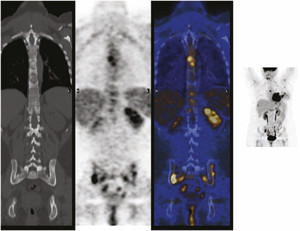 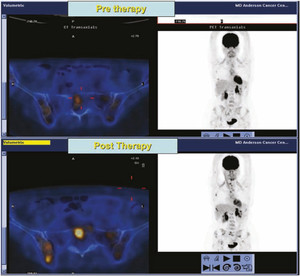 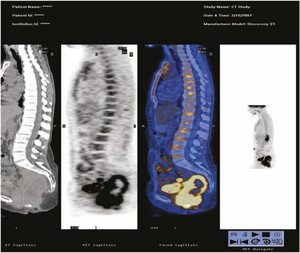 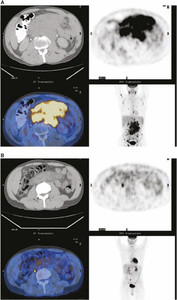