Higher incidences of osteoporosis and osteopenia are found in cancer patients, particularly in women receiving aromatase inhibitors or with chemotherapy-induced ovarian failure, or in men with prostate cancer and androgen deprivation therapy. Therefore, management of long-term bone health is emerging as an important aspect of comprehensive cancer care. Patients with cancer typically have a number of additional risk factors for osteoporosis that should prompt screening, regardless of patient age or sex. Maintaining bone health requires a broad knowledge base, including understanding underlying bone metabolism and how it is affected by both cancer itself and the drugs used to treat cancer, the effect of chemotherapy-induced menopause on bone health, bone markers and imaging techniques used to assess bone health, therapeutic strategies to maintain bone health, and treatment of bone metastases, including surgery for pathologic fractures. Multiple members of the healthcare team may need to be involved in education and care of the patient. This report summarizes discussion of these and other issues regarding bone health and cancer care from the NCCN Bone Health and Cancer Care Task Force meeting in early 2006. (JNCCN 2006;4(Suppl 2):S1-S24) 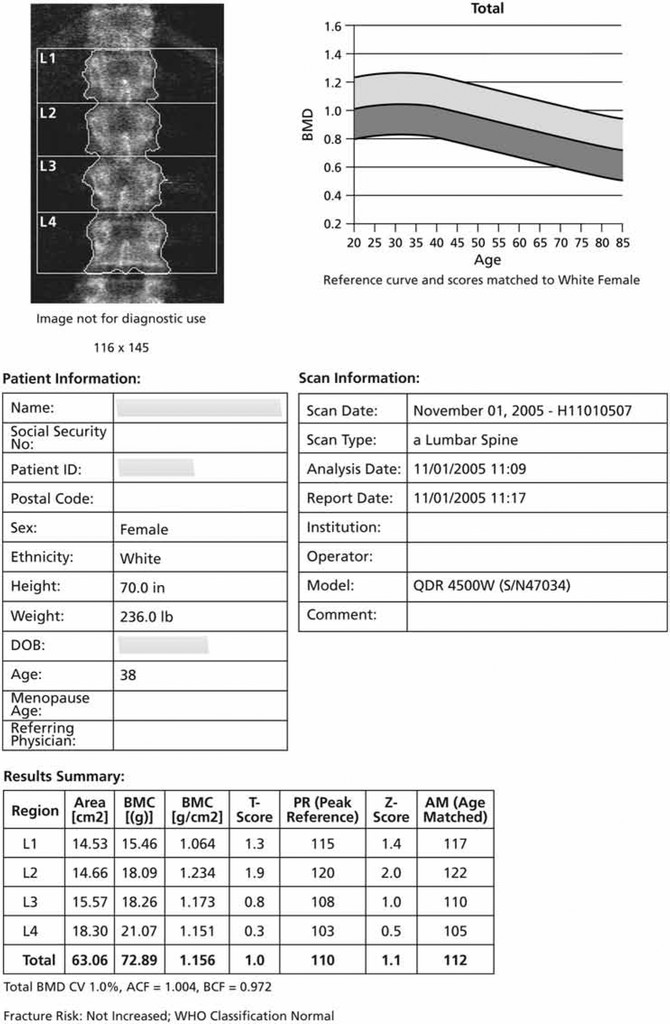 Example of a typical report from a DXA scan. 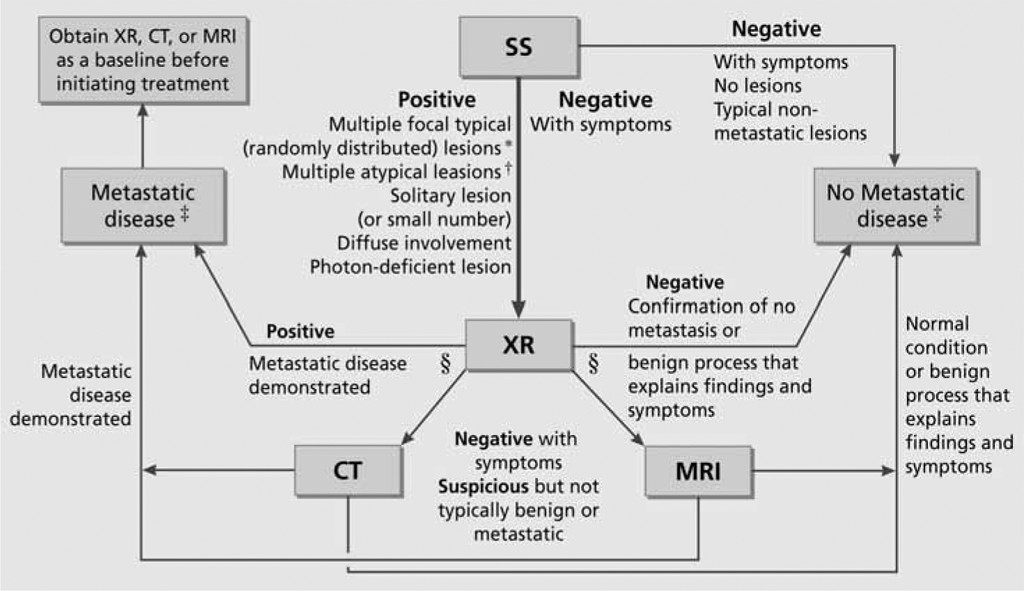 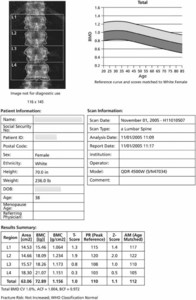 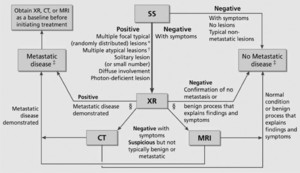