Background: Gastrostomy tubes (G-tubes) are invaluable clinical tools that play a role in palliation and nutrition in patients with cancer. This study aimed to better understand the risks and benefits associated with the placement and maintenance of G-tubes. Methods: Patients who underwent placement of a G-tube for cancer from January 2013 through December 2017 at a tertiary care center were considered for inclusion. Clinical data were retrospectively collected from medical records. Results: A total of 242 patients with cancer, whose average age at diagnosis was 61 years (range, 21–94 years), underwent G-tube placement for nutrition (76.4%), decompression (22.7%), or both (0.8%). Successful insertion was achieved in 96.8%, but 8 patients required >1 attempted method of insertion. In the decompression group, minor postplacement complications were less common (23.6% vs 53.5%; P<.001) and survival was shorter (P<.001) compared with the nutrition group. For those with decompressive G-tubes, 45.5% had a palliative care consult; 56.4% were seen by social workers; and 46.3% went to hospice. The frequency of hospice discharge was higher in patients who had consults (53.7% vs 23.1%; P=.01). Conclusions: Half of the patients who received decompressive G-tubes presented with stage IV disease and died within 1 month of placement. Those with >1 consult were more likely to be discharged to hospice. Patients with G-tubes for nutrition saw no change in functionality, complication rate, or survival, regardless of adjunct chemotherapy status. These findings illustrate the need for a tool to allow a better multidisciplinary approach and interventional decision-making for patients with cancer. 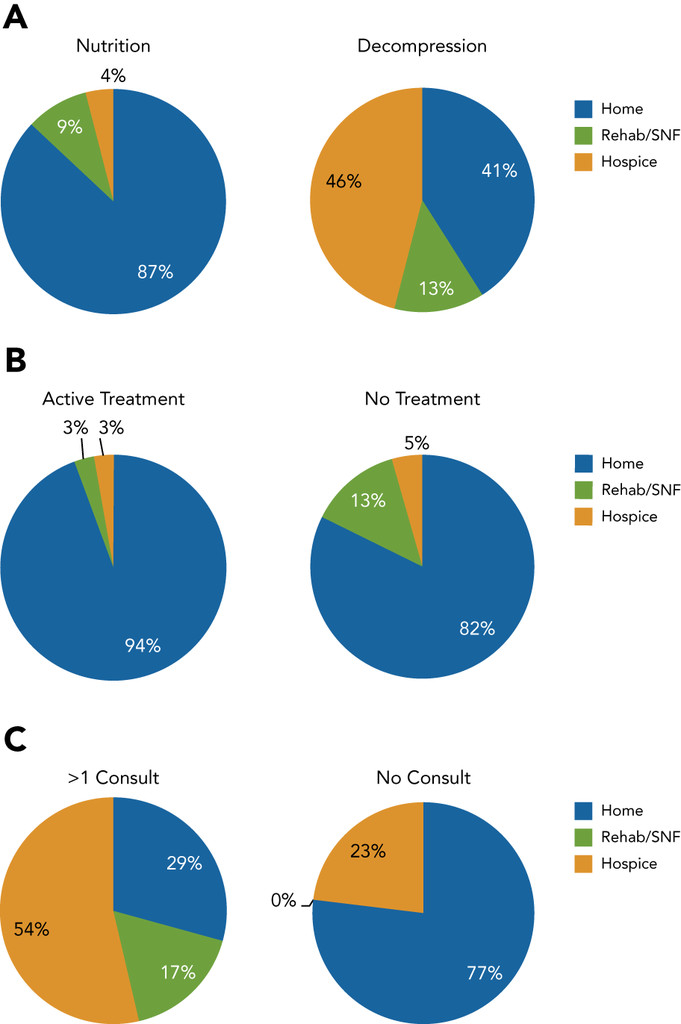 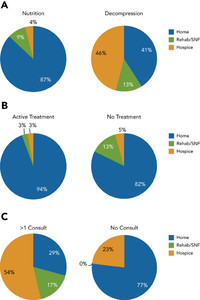