Conditional Survival and Cure of Patients With Colon or Rectal Cancer: A Population-Based Study 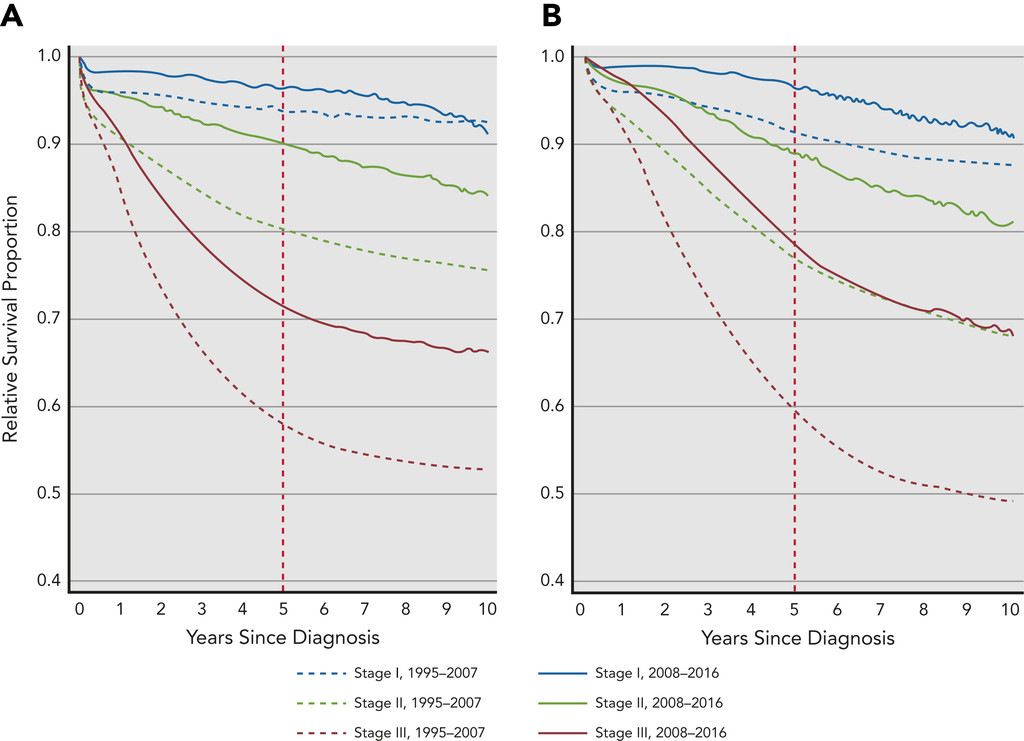 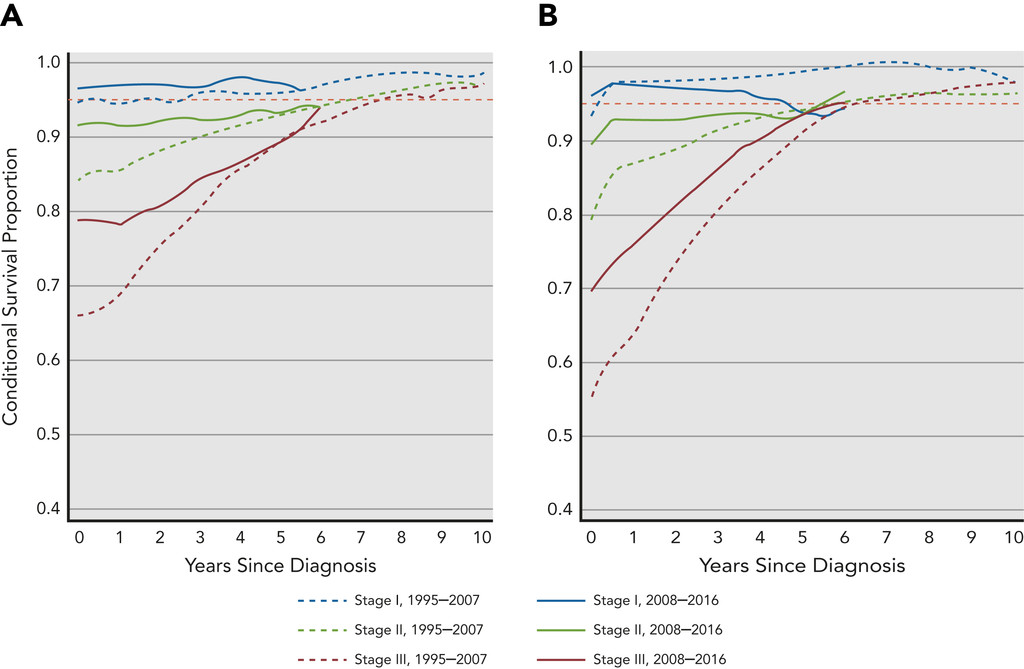 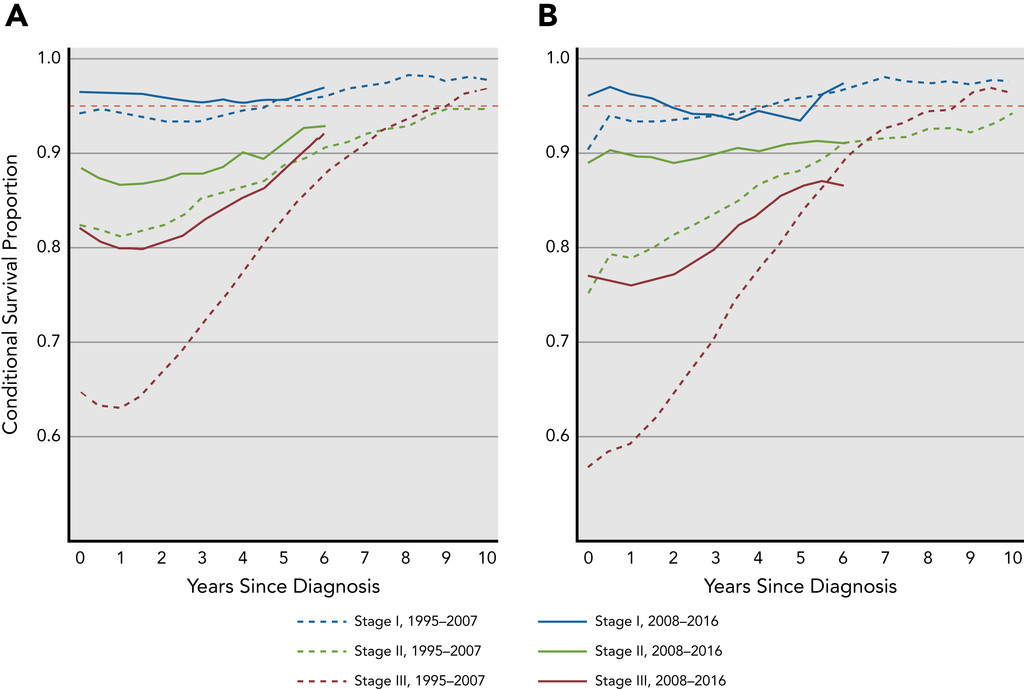 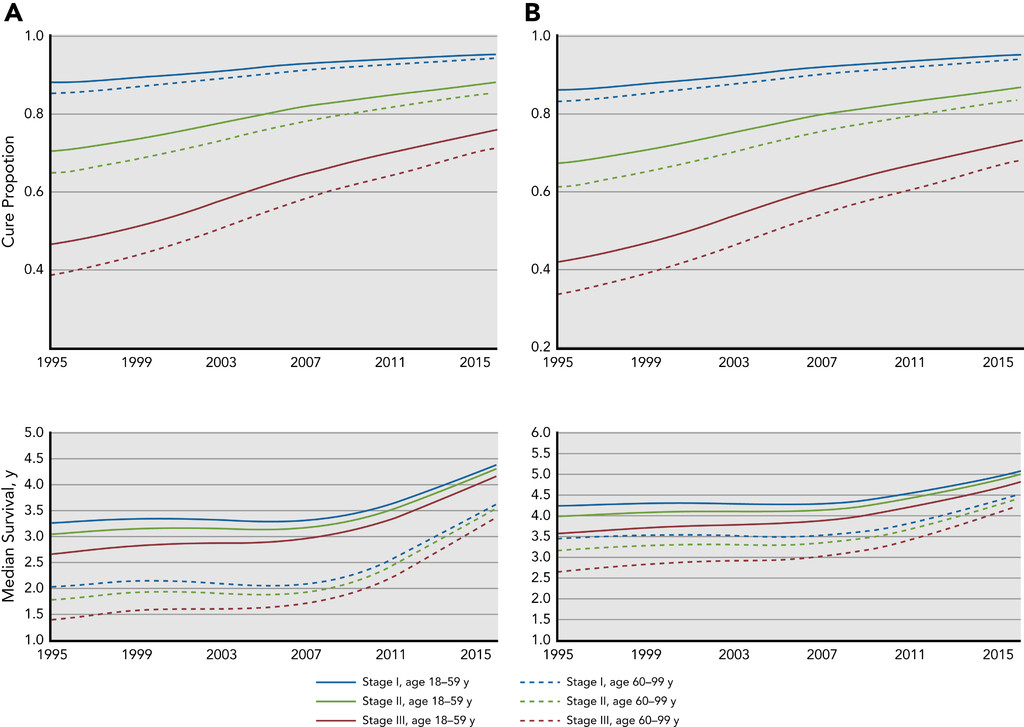 Cure proportions (top; ratios) and median survival (bottom; years) of the uncured among patients with stage I–III (A) colon or (B) rectal cancer diagnosed and followed between 1995 and 2016. 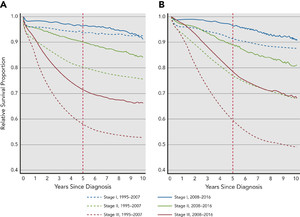 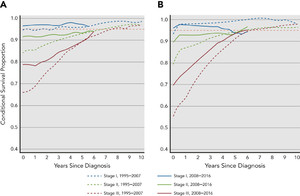 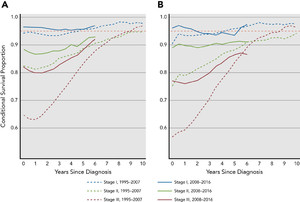 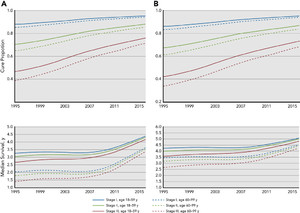