With the introduction of panel and direct-to-consumer testing, genetic testing has become commonplace in recent years, paving the way for both increased awareness around prevalent genetic cancer risks, and also an onslaught of misinformation. At the NCCN 2020 Virtual Annual Conference, Dr. Tuya Pal led a panel of experts in discussing the utility and difficulties associated with multigene testing, the emerging role of moderate-penetrance genes in defining risks for hereditary cancer, and the controversies associated with direct-to-consumer genetic testing services. 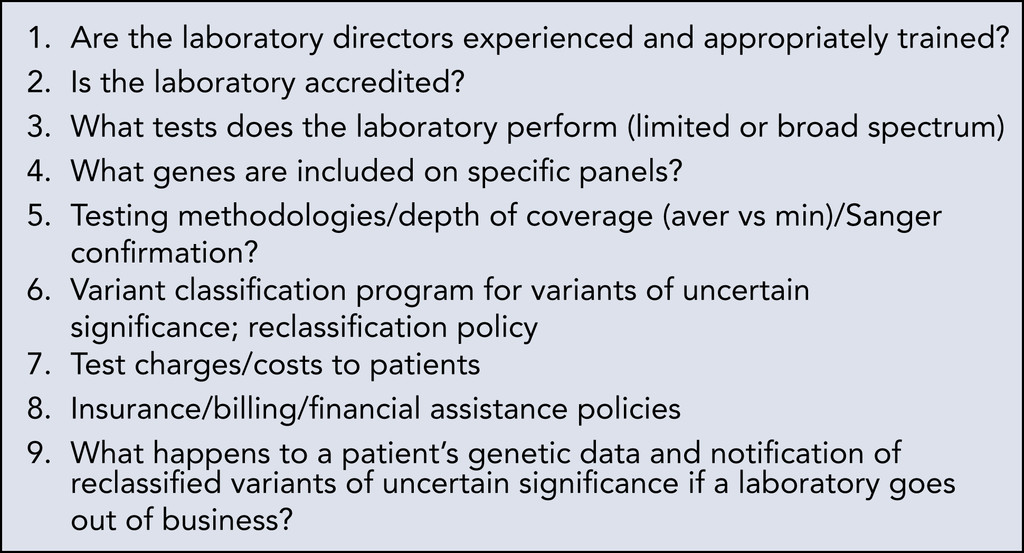 Questions to use when considering a laboratory. 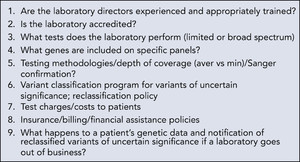