Background: Patients with advanced esophageal cancer often experience pain and dysphagia, yet the optimal palliative management remains unclear. This retrospective study evaluated outcomes and adverse effects of palliative radiotherapy (RT) compared with esophageal stenting among a cohort of U.S. veterans with metastatic esophageal cancer. Patients and Methods: We identified 1,957 veterans in the United States with metastatic esophageal cancer who received palliative RT to the esophagus or esophageal stenting, and assessed the risks of severe adverse effects, including esophageal fistula formation, perforation, obstruction, hemorrhage, and esophagitis. We determined palliative efficacy by evaluating pain and dysphagia scores before and after intervention. Multivariable analyses were used to control for potential confounding factors. Results: In our cohort, 1,593 patients underwent RT and 364 underwent esophageal stenting. The cumulative incidence of any severe adverse effect at 6 months was higher among patients who received stents compared with those who received RT (21.7% vs 12.4%; P<.0010). In multivariable analysis, patients who received stents had an increased risk of any severe adverse effect, including fistula, perforation, and hemorrhage (all P<.0500). Multivariable analysis also showed that, compared with stenting, RT was associated with more rapid and durable pain relief (P<.0010) with no difference in relief of dysphagia over time when accounting for pretreatment dysphagia scores (P=.1029). Conclusions: Compared with esophageal stenting, RT was associated with a decreased risk of adverse effects, greater pain relief, and equivalent relief of moderate to severe dysphagia over time. Unmeasured patient- or tumor-related factors could have influenced the choice of intervention, thereby impacting our study outcomes. To our knowledge, this is the largest study to date analyzing the comparative risks and benefits of palliative RT and esophageal stenting among patients with metastatic esophageal cancer. 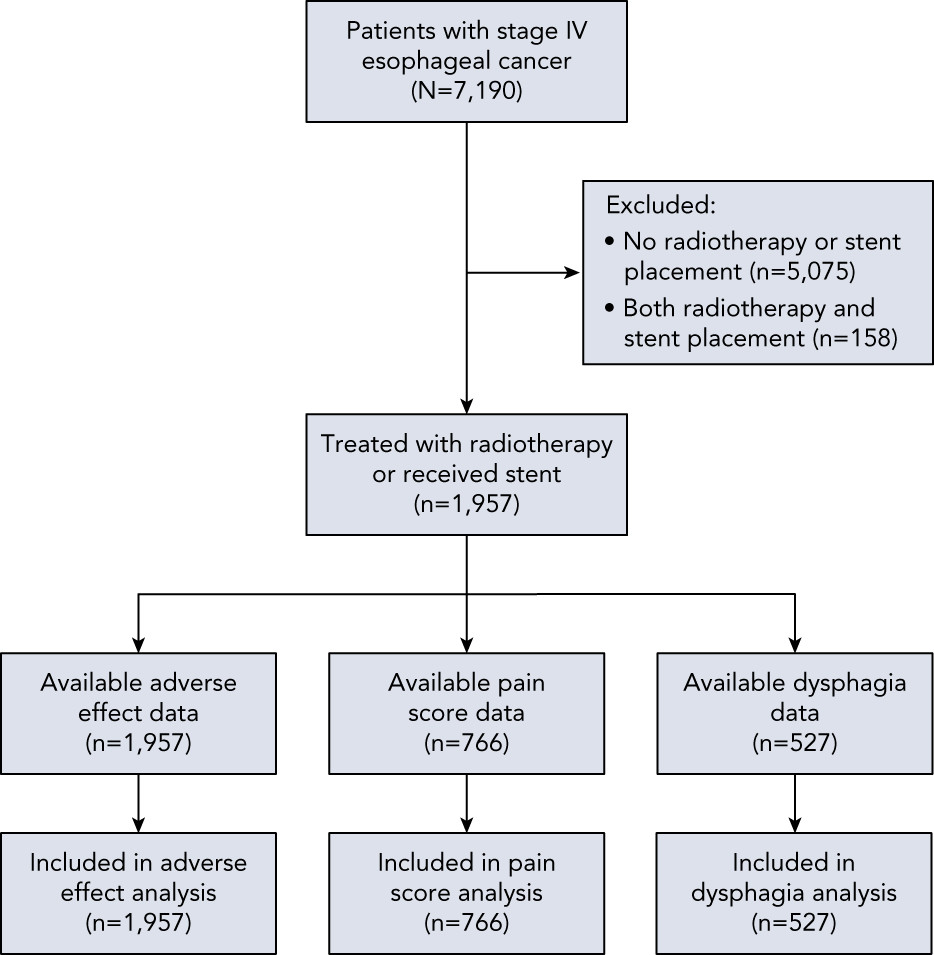 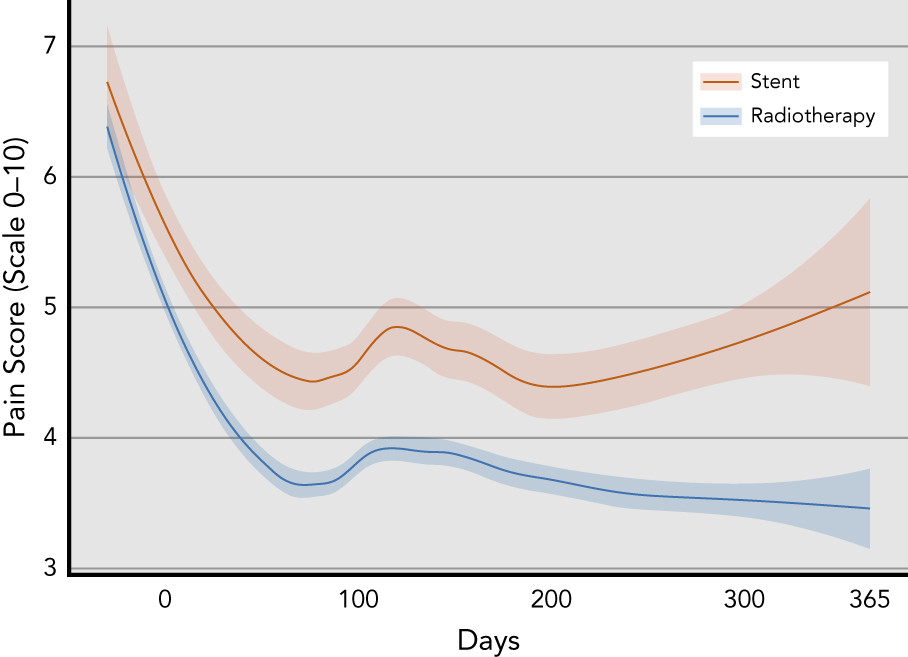 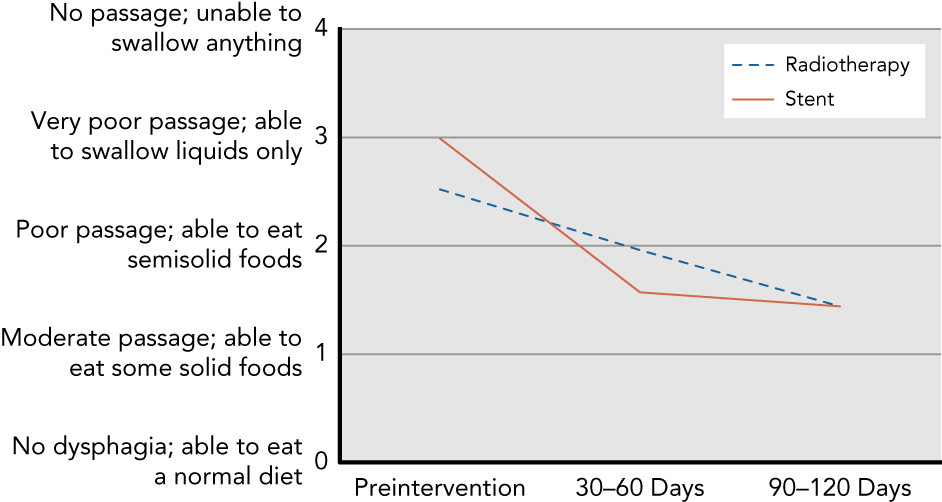 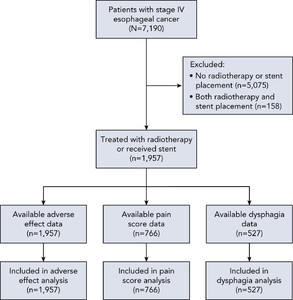 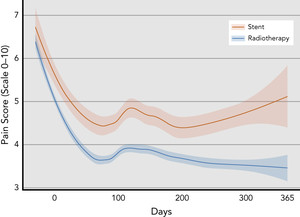 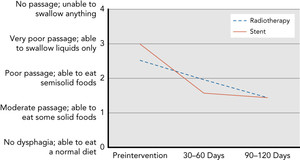