The ability to serially monitor tumor-derived cell-free DNA (cfDNA) brings with it the potential to measure response to anticancer therapies and detect minimal residual disease (MRD). This report describes a patient with HER2-positive metastatic breast cancer with an exceptional response to trastuzumab and nab-paclitaxel who remains in complete remission several years after cessation of therapy. Next-generation sequencing of the patient’s primary tumor tissue showed several mutations, including an oncogenic hotspot PIK3CA mutation. A sample of cfDNA was collected 6 years after her last therapy and then analyzed for mutant PIK3CA using digital PCR. No detectable mutations associated with the primary tumor were found despite assaying >10,000 genome equivalents, suggesting that the patient had achieved a molecular remission. Results of this case study suggest that serial monitoring of MRD using liquid biopsies could provide a useful method for individualizing treatment plans for patients with metastatic disease with extreme responses to therapy. However, large-scale clinical studies are needed to validate and implement these techniques for patient care. 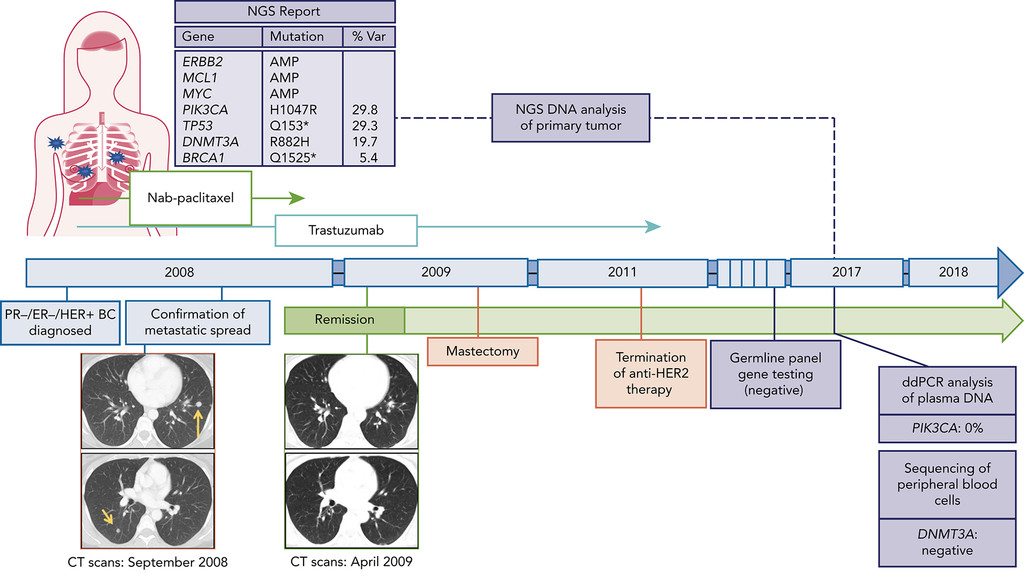 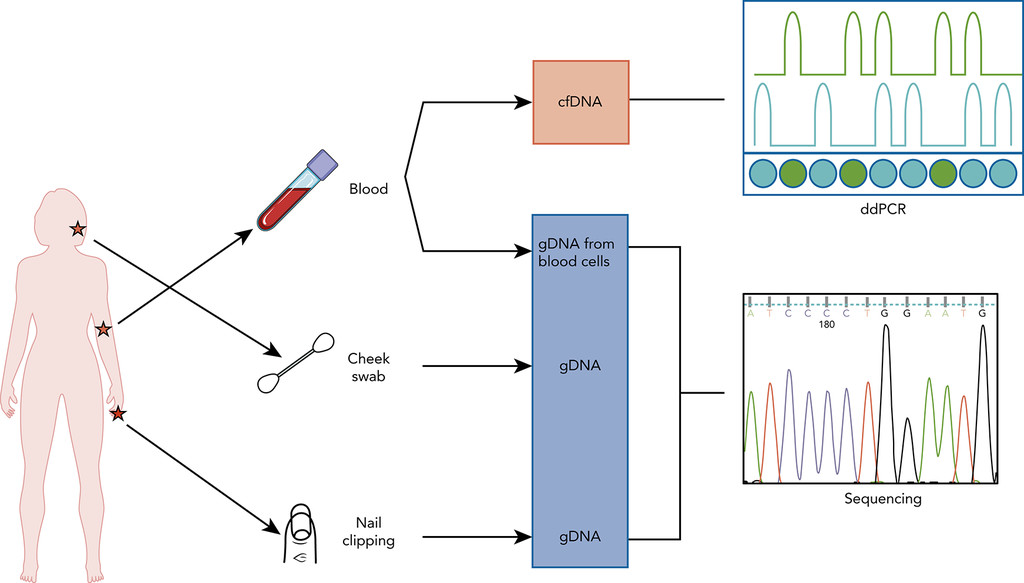 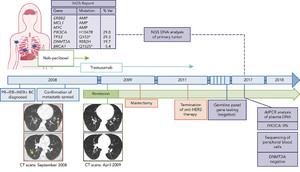 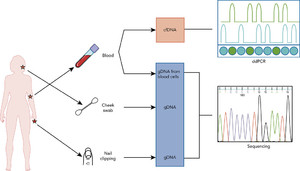