Objective: To assess the incidence and the risk factors of venous thromboembolism (VTE) in patients with epithelial ovarian carcinoma (EOC) during perioperative period. Methods: A retrospective analysis was conducted on the patients with epithelial ovarian cancer treated in our hospital, between January 2017 and July 2019, and a comprehensive review of the medical documentation was performed to collect relevant data. We then analyze the related factors of the thrombosis in the EOC patients, using univariate and multivariate analysis to identify significant risk factors for VTE. The ROC curve methods were conducted to evaluate the diagnostic value for the prediction of VTE. Results: 233 cases of patients with EOC were recruited, of whom the incidence of VTE was 11.16%, The incidence of deep vein thrombosis (DVT) alone, pulmonary embolism (PE) alone. DVT+PE, and other type were 6.87%,1.29%, 2.58%, and 0.43% respectively. 38.46% of VTE were detected before surgery and 61.54% after surgery. Patients with clear cell ovarian cancer had the highest incidence of VTE (26.32%) among all the pathology types. 81.82% of patients with VTE were at advanced stage (III and IV). After the primary cytoreduction surgery, 7.79% of patients developed VTE. According to univariate analysis, age (p=0.008), SCS scores (p=0.043), both preoperative and postoperative albumin levels (p=0.001 and 0.006 respectively), D-dimer levels (p=0.000 and 0.001 respectively) had statistical significance in predicting VTE at their cut off values (>54.5 years old,>3, <40.65g/L,<34.65g/L, >2.78ug/ml and >6.09ug/ml respectively). Only D-dimer have shown significant difference in both preoperative and postoperative periods according to multivariate analysis (P value= 0.011 and 0.001 respectively). Conclusion: More effective thromboprophylaxis and pretest assessment is necessary for EOC patients. D-dimer was the most important predictor for both preoperative (>2.78ug/ml) and postoperative(>6.09ug/ml) patients in identifying VTE. 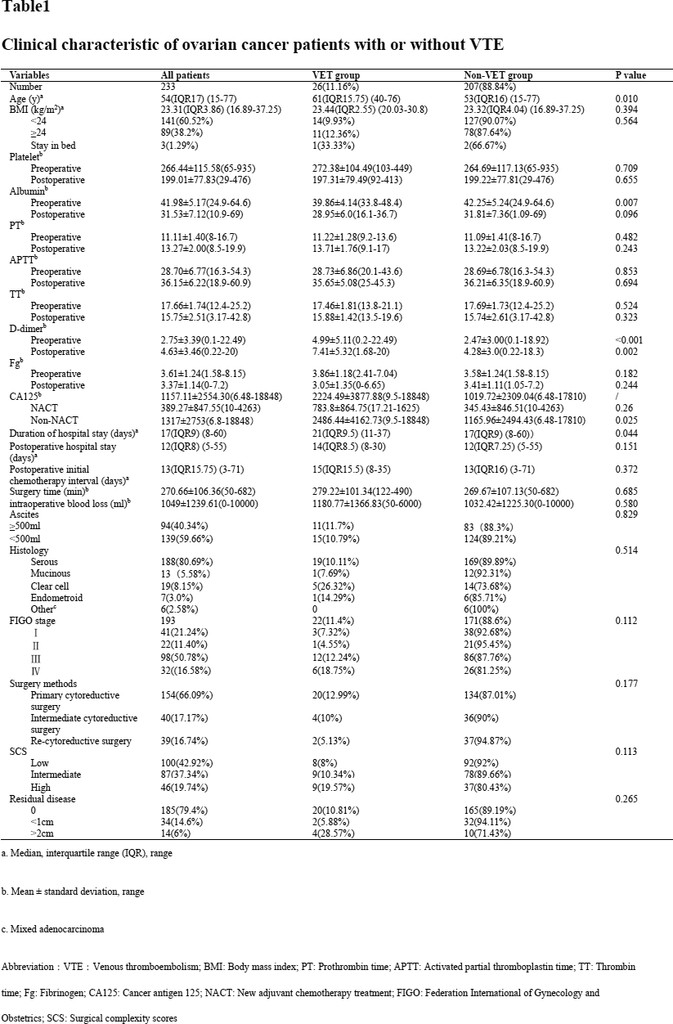 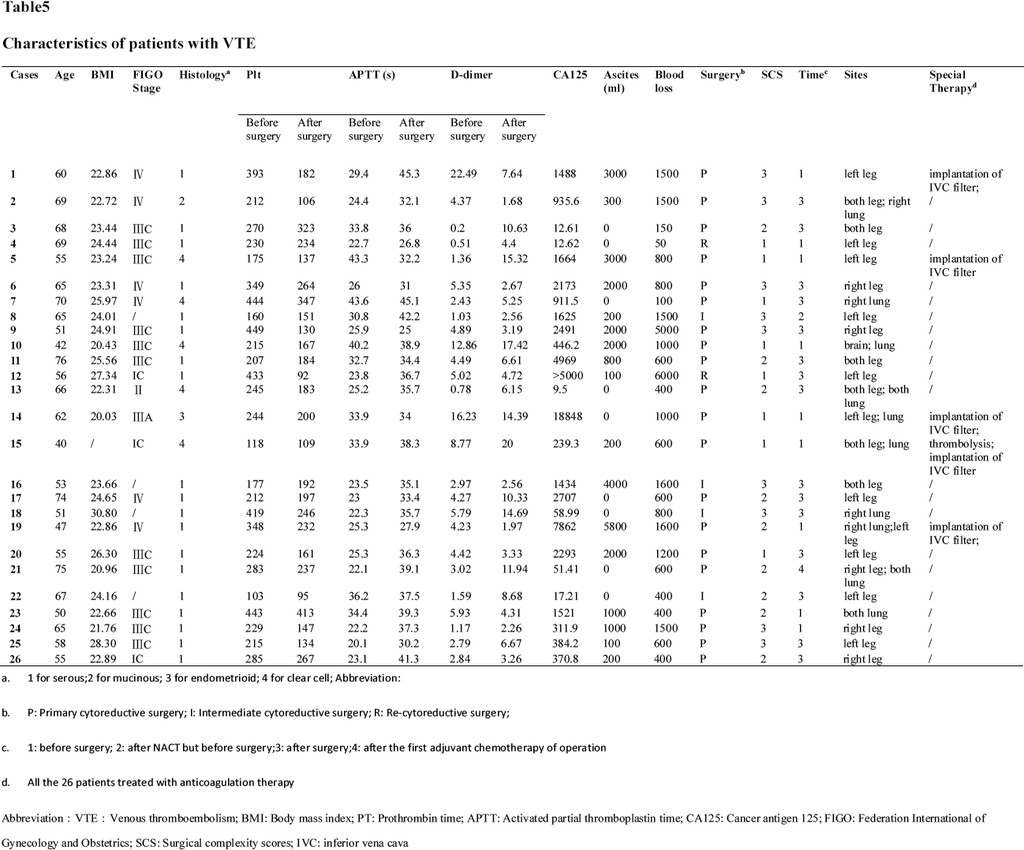 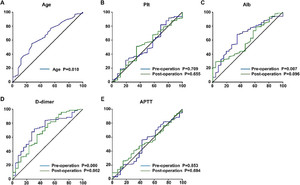