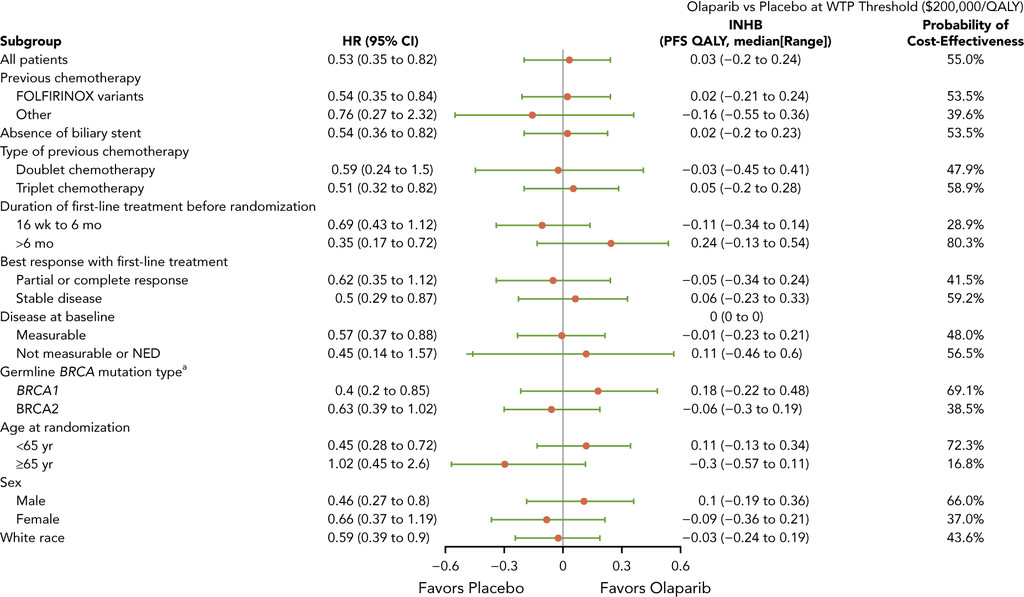 Subgroup analysis of INHB and probabilities of cost-effectiveness by varying HRs of PFS. The vertical line indicates the point of no effect (INHB = 0), the red circle indicates the median INHB, and the green bar indicates the ranges of INHB adjusted by HRs. 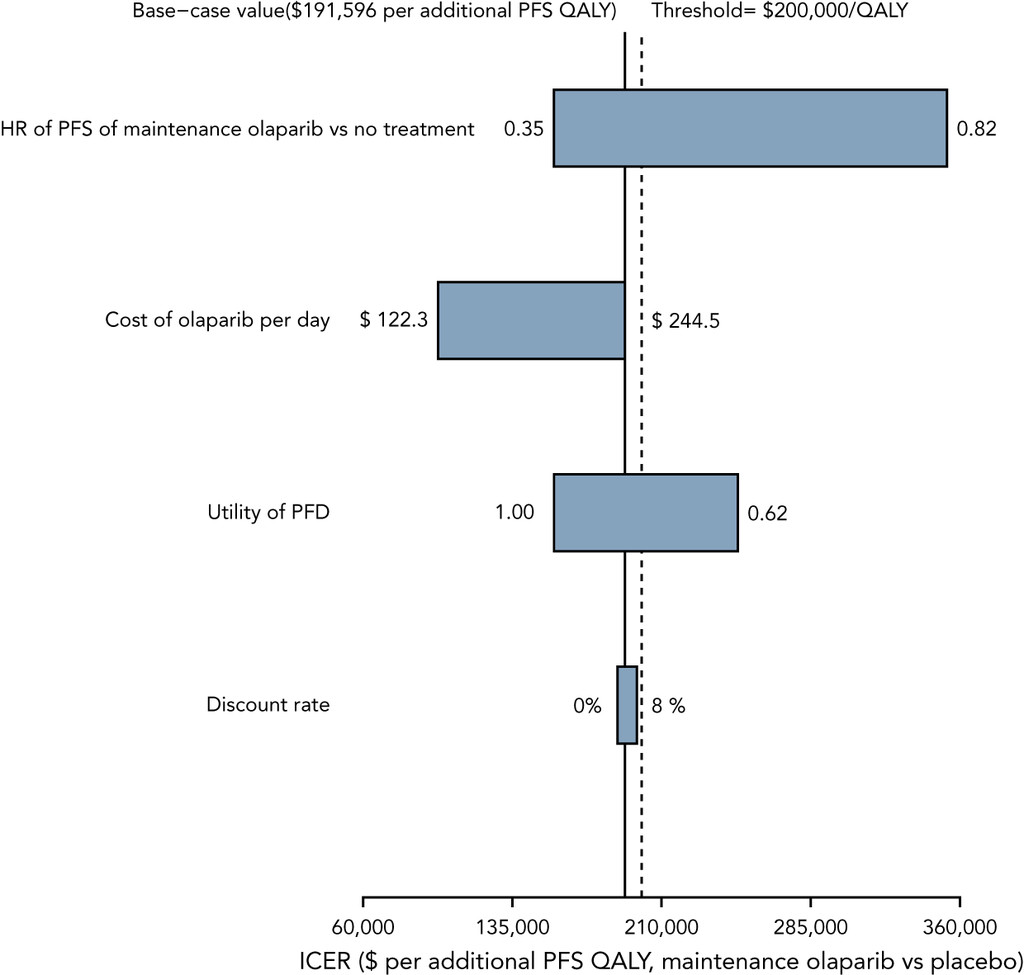 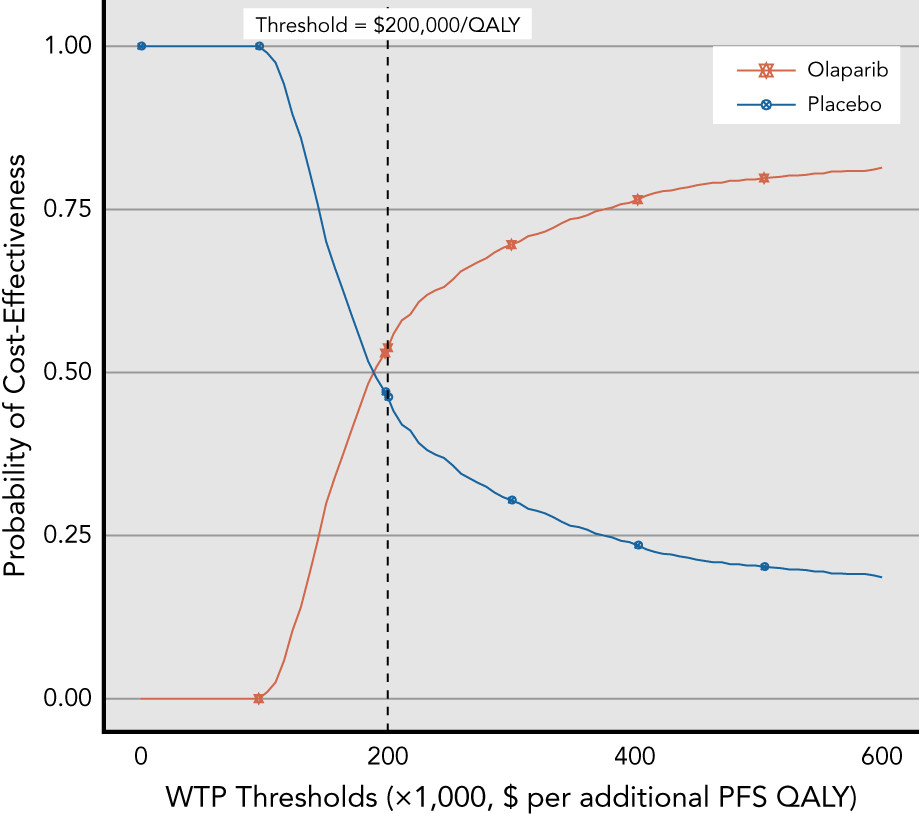 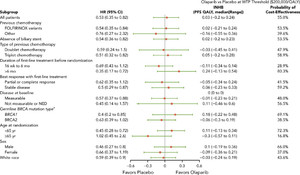 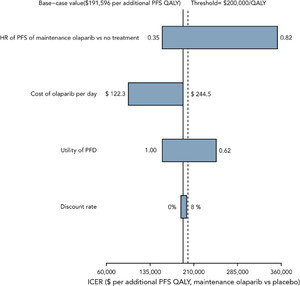 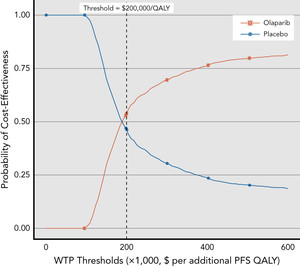