Relationship Between Quality of Life and Survival in Patients With Pancreatic and Periampullary Cancer: A Multicenter Cohort Analysis

Background: A relationship between quality of life (QoL) and survival has been shown for several types of cancer, mostly in clinical trials with highly selected patient groups. The relationship between QoL and survival for patients with pancreatic or periampullary cancer is unclear. Methods: This study analyzed QoL data from a prospective multicenter patient-reported outcome registry in patients with pancreatic or periampullary carcinoma registered in the nationwide Netherlands Cancer Registry (2015–2018). Baseline and delta QoL, between baseline and 3-month follow-up, were assessed with the Happiness, EORTC Quality of Life Questionnaire-Core 30 (QLQ-C30), and QLQ-PAN26 questionnaires. The relationship between QoL and survival was assessed using Cox regression models, and additional prognostic value of separate items was assessed using Nagelkerke R2 (explained variance). Results: For the baseline and delta analyses, 233 and 148 patients were available, respectively. Most were diagnosed with pancreatic adenocarcinoma (n=194; 83.3%) and had stage III disease (n=77; 33.0%), with a median overall survival of 13.6 months. Multivariate analysis using baseline scores indicated several scales to be of prognostic value for the total cohort (ie, happiness today, role functioning, diarrhea, pancreatic pain, and body image; hazard ratios all P<.05) and for patients without resection (ie, overall satisfaction with life, physical and cognitive functioning, QLQ-C30 summary score, fatigue, pain, constipation, diarrhea, and body image; hazard ratios all P<.05). Except for diarrhea, all QoL items accounted for >5% of the additional explained variance and were of added prognostic value. Multivariate analysis using delta QoL revealed that only constipation was of prognostic value for the total cohort, whereas no association with survival was found for subgroups with or without resection. Conclusions: In a multicenter cohort of patients with pancreatic or periampullary carcinoma, QoL scores predicted survival regardless of patient, tumor, and treatment characteristics. QoL scores may thus be used for shared decision-making regarding disease management and treatment choice. 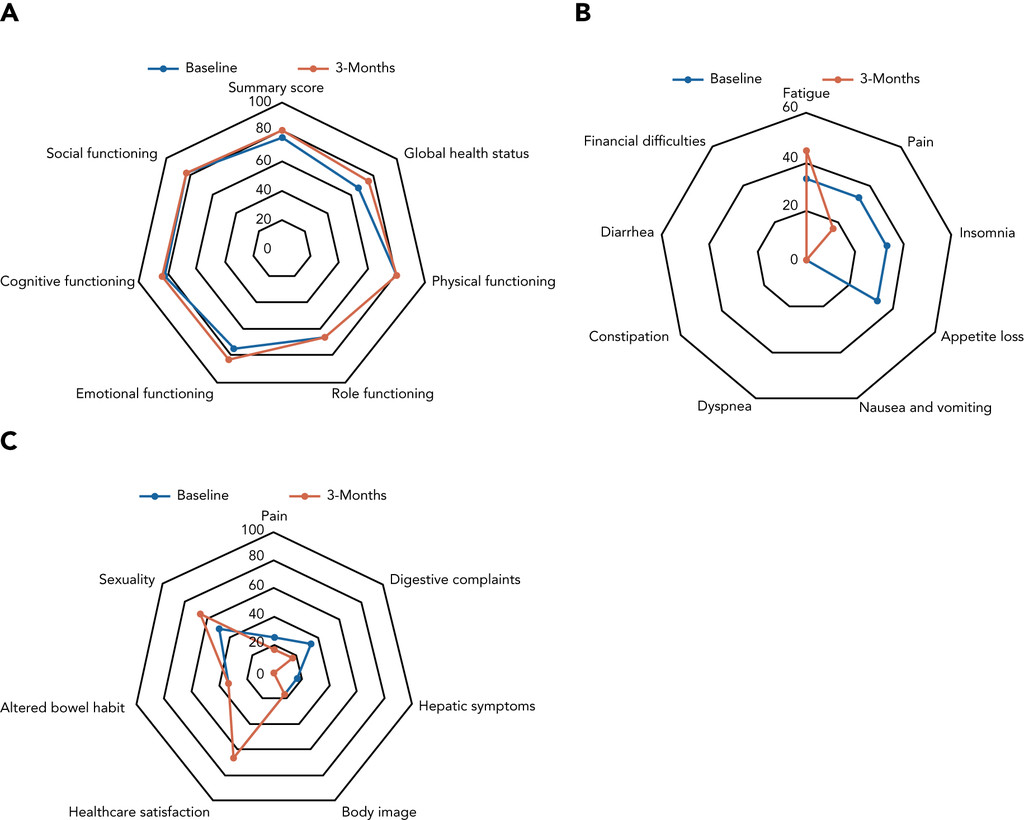 Baseline and 3-month QoL scores for the total cohort based on the (A, B) EORTC QLQ-C30 ([A] summary and functioning scoresa; [B] symptom scoresb) and (C) EORTC-PAN26 (symptom scoresb) questionnaire items. 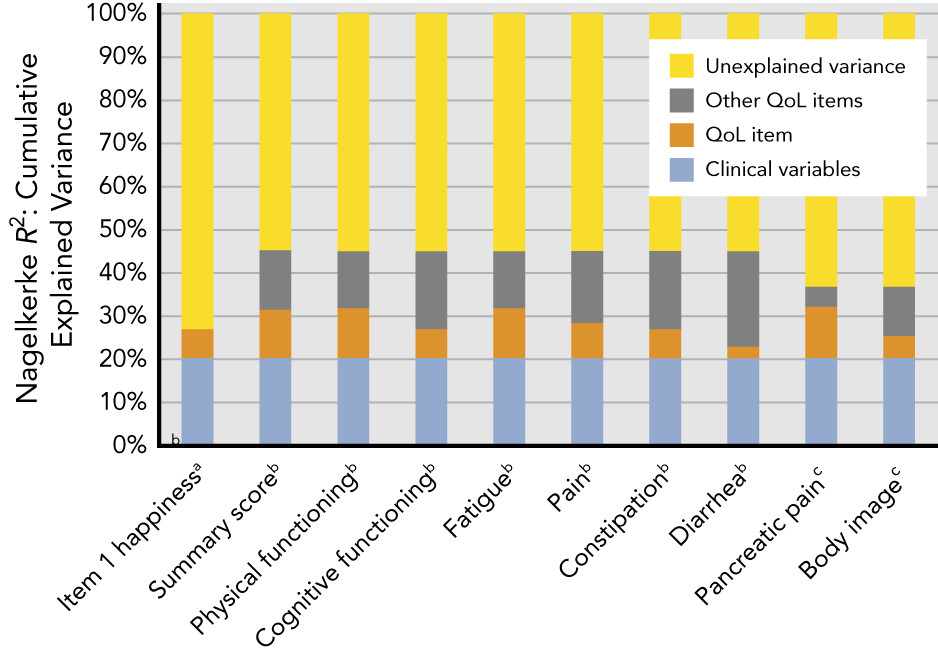 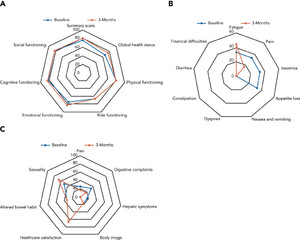 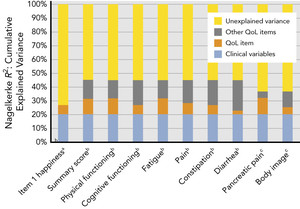