Alcohol Use Among Patients With Cancer and Survivors in the United States, 2000–2017

Background: Alcohol use is an established risk factor for several malignancies and is associated with adverse oncologic outcomes among individuals diagnosed with cancer. The prevalence and patterns of alcohol use among cancer survivors are poorly described. Methods: We used the National Health Interview Survey from 2000 to 2017 to examine alcohol drinking prevalence and patterns among adults reporting a cancer diagnosis. Multivariable logistic regression was used to define the association between demographic and socioeconomic variables and odds of self-reporting as a current drinker, exceeding moderate drinking limits, and engaging in binge drinking. The association between specific cancer type and odds of drinking were assessed. Results: Among 34,080 survey participants with a known cancer diagnosis, 56.5% self-reported as current drinkers, including 34.9% who exceeded moderate drinking limits and 21.0% who engaged in binge drinking. Younger age, smoking history, and more recent survey period were associated with higher odds of current, exceeding moderate, and binge drinking (P<.001 for all, except P=.008 for excess drinking). Similar associations persisted when the cohort was limited to 20,828 cancer survivors diagnosed ≥5 years before survey administration. Diagnoses of melanoma and cervical, head and neck, and testicular cancers were associated with higher odds of binge drinking (P<.05 for all) compared with other cancer diagnoses. Conclusions: Most cancer survivors self-report as current alcohol drinkers, including a subset who seem to engage in excessive drinking behaviors. Given that alcohol intake has implications for cancer prevention and is a potentially modifiable risk factor for cancer-specific outcomes, the high prevalence of alcohol use among cancer survivors highlights the need for public health strategies aimed at the reduction of alcohol consumption. 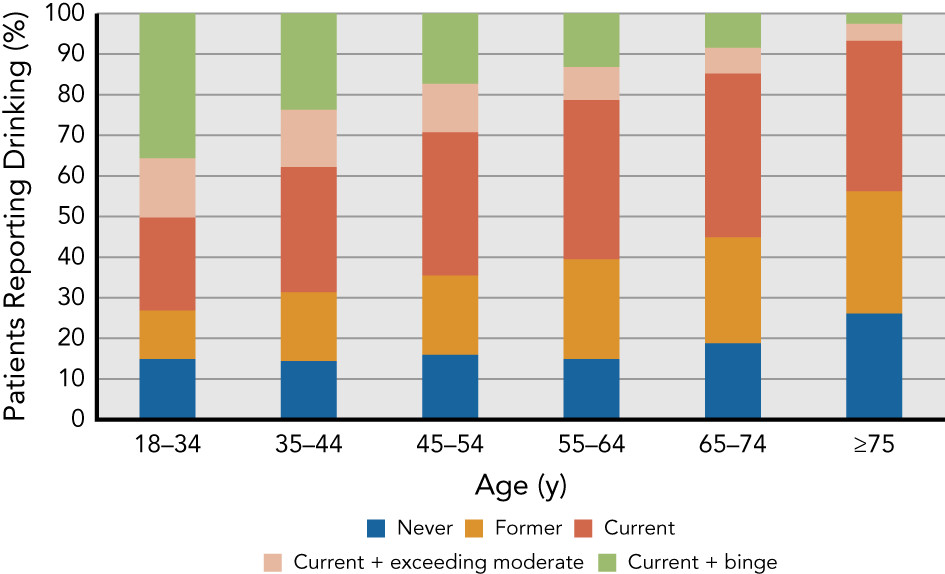 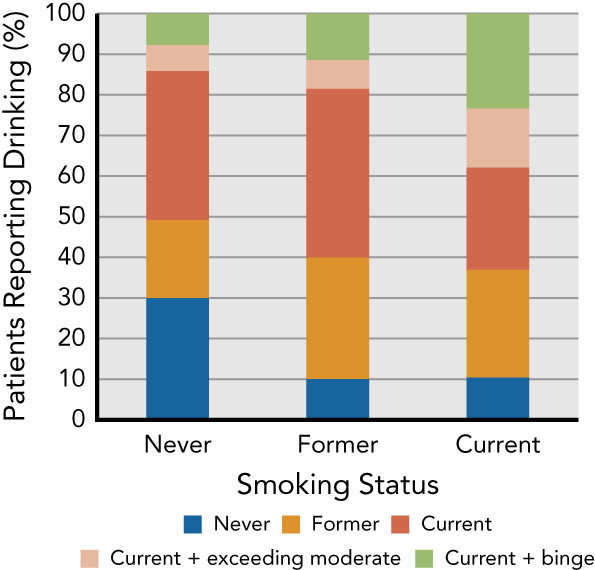 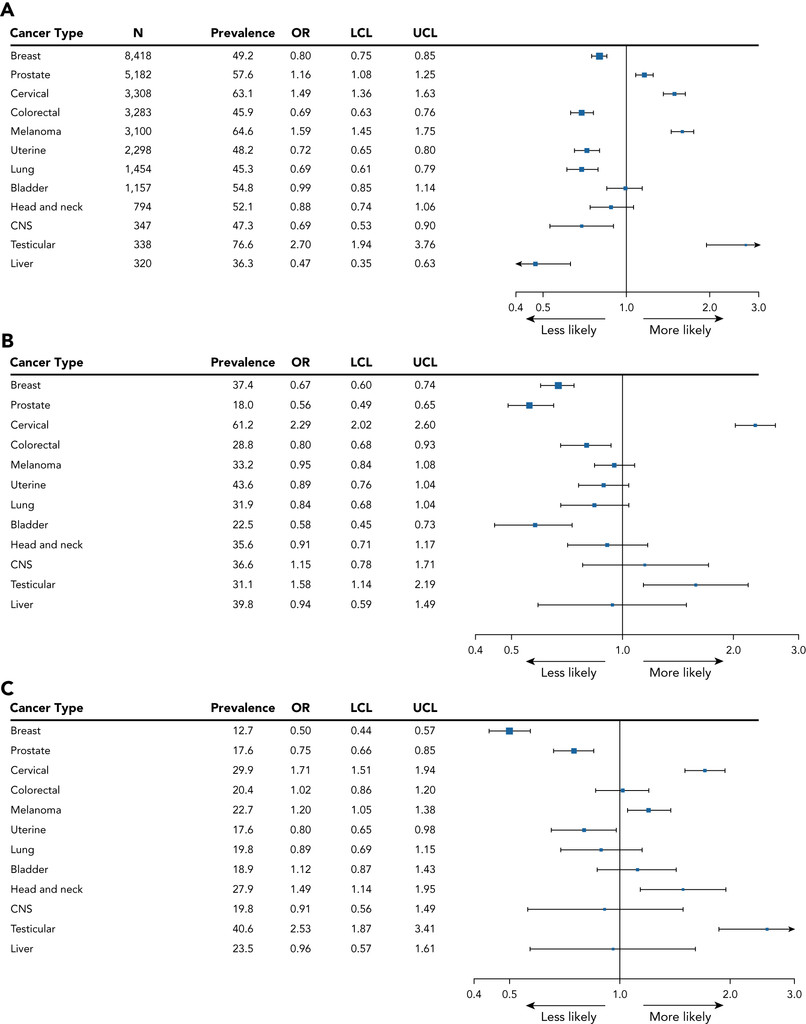 Forest plot for odds and associated 95% CI of self-reporting (A) current drinking, (B) exceeding moderate drinking, and (C) binge drinking. Only cancer types with >300 participants are shown. Each cancer is compared with all other cancer types. 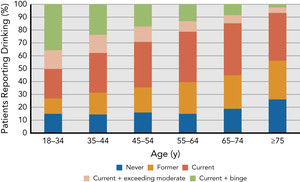 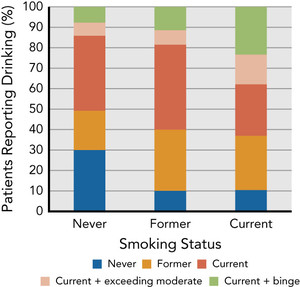 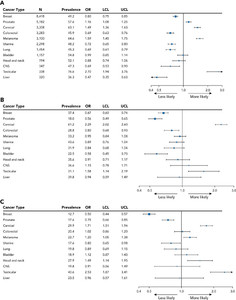