Background: Adjuvant chemotherapy (AC) after chemoradiation (CRT) and surgery for locoregionally advanced rectal cancer (LARC) is a standard of care in the United States. This study examined the role, optimal regimen, and duration of AC using data from the largest integrated health system in the United States. Patients and Methods: Using the Veterans Affairs Central Cancer Registry, patients with stage II–III rectal cancer diagnosed in 2001 through 2011 who received neoadjuvant CRT and surgery with or without AC were identified. Kaplan-Meier analysis, log-rank tests, and propensity score (PS) adjustment analysis were used to assess survival. Results: A total of 866 patients were identified; 417 received AC and 449 did not (observation [OBS] group). Median follow-up was 109 months. Median disease-specific survival (DSS) was not reached. Six-year DSS was 73.7%; 79.5% for the AC group versus 68.0% for the OBS group. PS-matched analysis for DSS favored AC (P=.0002). Median overall survival (OS) was 90.8 months. Six-year OS was 56.7%; 64.3% for AC versus 49.6% for OBS. In PS-matched analysis, median OS was 117.4 months for AC and 74.3 months for OBS (P<.0001). A DSS advantage was seen when comparing ≥4 months with <4 months of AC (P=.023). No difference in DSS or OS was seen with single-agent versus multiagent AC. Conclusions: In this population of patients with LARC treated with neoadjuvant CRT and surgery, OS and DSS were improved among those treated with AC versus OBS. DSS benefits were seen with ≥4 months of AC. No additional benefit was observed with multiagent therapy. In the absence of phase III data, these findings support the use of AC for LARC. 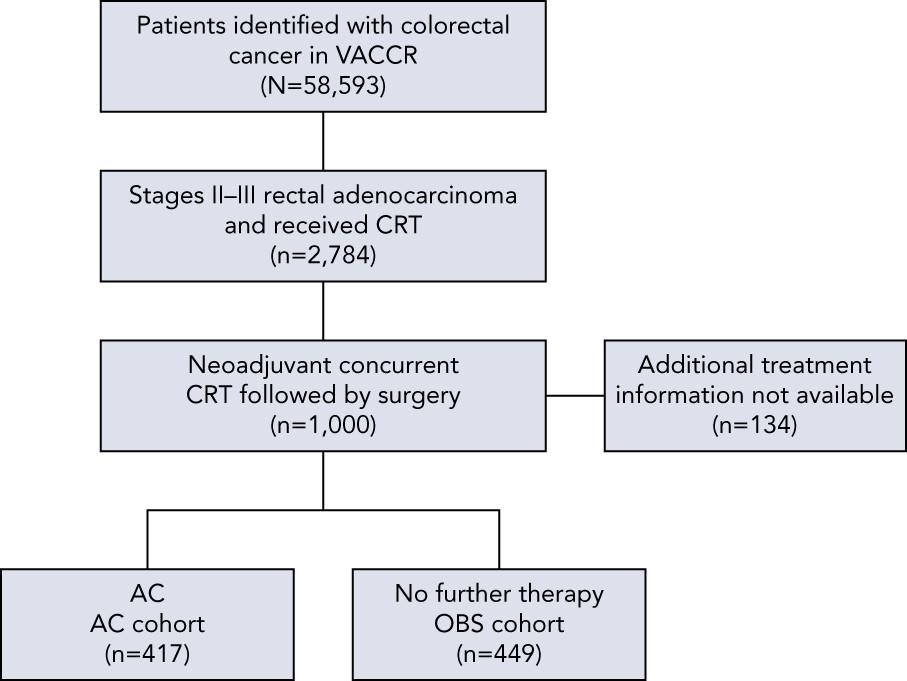 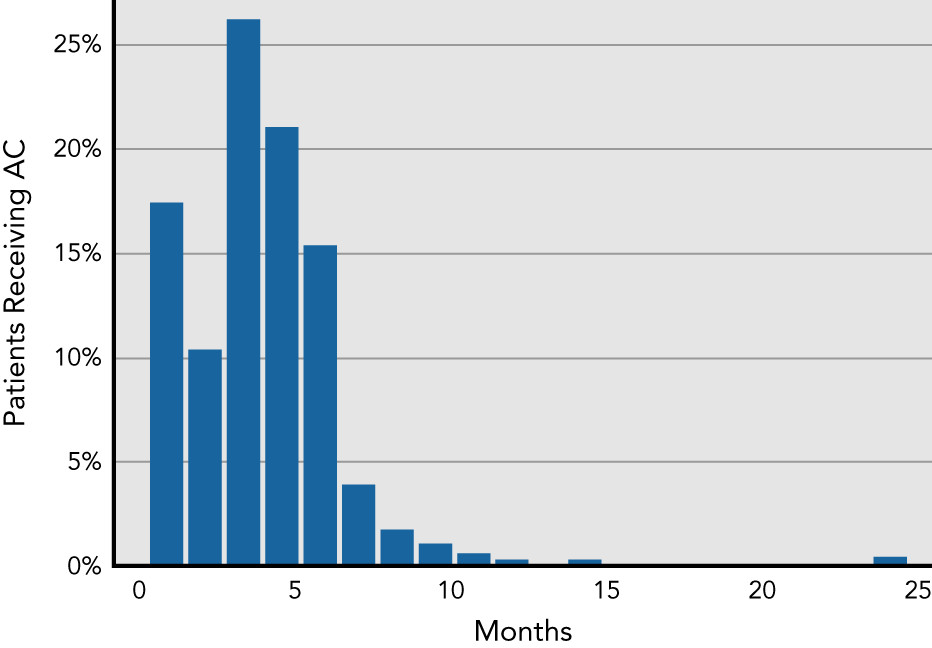 Matched (A) DSS and (B) OS for single-agent versus multiagent chemotherapy. 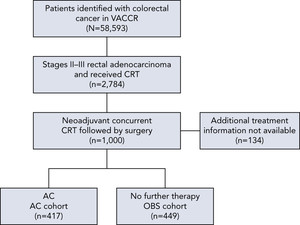 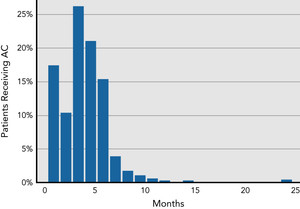