Background: Chemotherapy underuse in elderly patients (aged ≥75 years) with colon cancer has been reported in previous studies. However, these studies were mostly registry-based and limited in their potential to consider underlying reasons of such undertreatment. This study aimed to evaluate patient and hospital determinants of chemotherapeutic treatment in patients with stage III colon cancer, with a particular focus on age and underlying reasons for nontreatment of elderly patients. Methods: A total of 629 patients with stage III colon cancer who were diagnosed in 2003 through 2012 and recruited into a population-based study in the Rhine-Neckar region of Germany were included. Information on sociodemographic and lifestyle factors, comorbidities, and treatment was collected from patient interviews and physicians. Patient (with an emphasis on age) and hospital factors were evaluated for their associations with administration of adjuvant chemotherapy overall and of oxaliplatin specifically using multivariable logistic regression. Results: Administration of chemotherapy decreased from 94% in patients aged 30 to 64 years to 51% in those aged ≥75 years. A very strong decline in chemotherapy use with age persisted even after comprehensive adjustment for multiple patient factors—including comorbidities—and hospital factors and was also seen among patients without any major comorbidities. Between 2005 and 2008, and 2009 and 2012, chemotherapy administration in patients aged ≥75 years decreased from 60% to 41%. Among chemotherapy recipients, old age was also strongly associated with higher odds of nonadministration of oxaliplatin. The 2 most commonly reported reasons for chemotherapy nonreceipt among the study population were patient refusal (30%) and old age (24%). Conclusions: Age was the strongest predictor of chemotherapy underuse, irrespective of comorbidities and even in patients without comorbidities. Such underuse due just to older age in otherwise healthy patients deserves increased attention in clinical practice to ensure that elderly patients also get the best possible care. Patients’ refusal as the most frequent reason for chemotherapy nonreceipt also warrants further investigation to exclude misinformation as underlying cause. 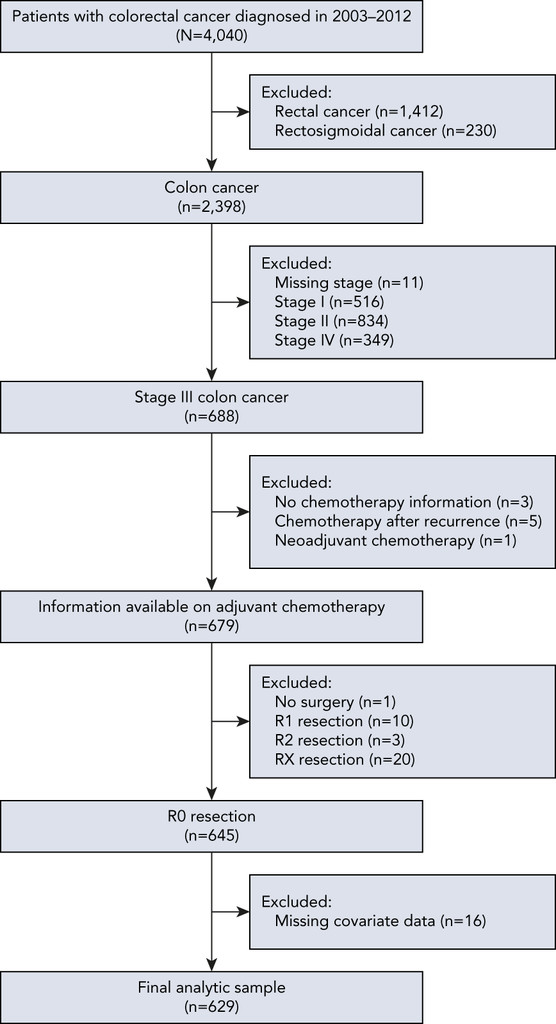 Administered chemotherapy (A) regimens and (B) compounds in patients with stage III colon cancer, overall and by period of diagnosis. 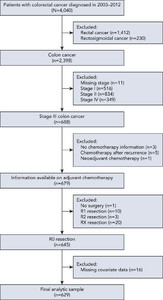