Background: Although venous thromboembolism (VTE) is a significant complication for patients with multiple myeloma (MM) receiving immunomodulatory drugs (IMiDs), no validated clinical model predicts VTE in this population. This study aimed to derive and validate a new risk assessment model (RAM) for IMiD-associated VTE. Methods: Patients with newly diagnosed MM receiving IMiDs were selected from the SEER-Medicare database (n=2,397) to derive a RAM and then data from the Veterans Health Administration database (n=1,251) were used to externally validate the model. A multivariable cause-specific Cox regression model was used for model development. Results: The final RAM, named the “SAVED” score, included 5 clinical variables: prior surgery, Asian race, VTE history, age ≥80 years, and dexamethasone dose. The model stratified approximately 30% of patients in both the derivation and the validation cohorts as high-risk. Hazard ratios (HRs) were 1.85 (P<.01) and 1.98 (P<.01) for high- versus low-risk groups in the derivation and validation cohorts, respectively. In contrast, the method of stratification recommended in the current NCCN Guidelines for Cancer-Associated Venous Thromboembolic Disease had HRs of 1.21 (P=.17) and 1.41 (P=.07) for the corresponding risk groups in the 2 datasets. Conclusions: The SAVED score outperformed the current NCCN Guidelines in risk-stratification of patients with MM receiving IMiD therapy. This clinical model can help inform providers and patients of VTE risk before IMiD initiation and provides a simplified clinical backbone for further prognostic biomarker development in this population. 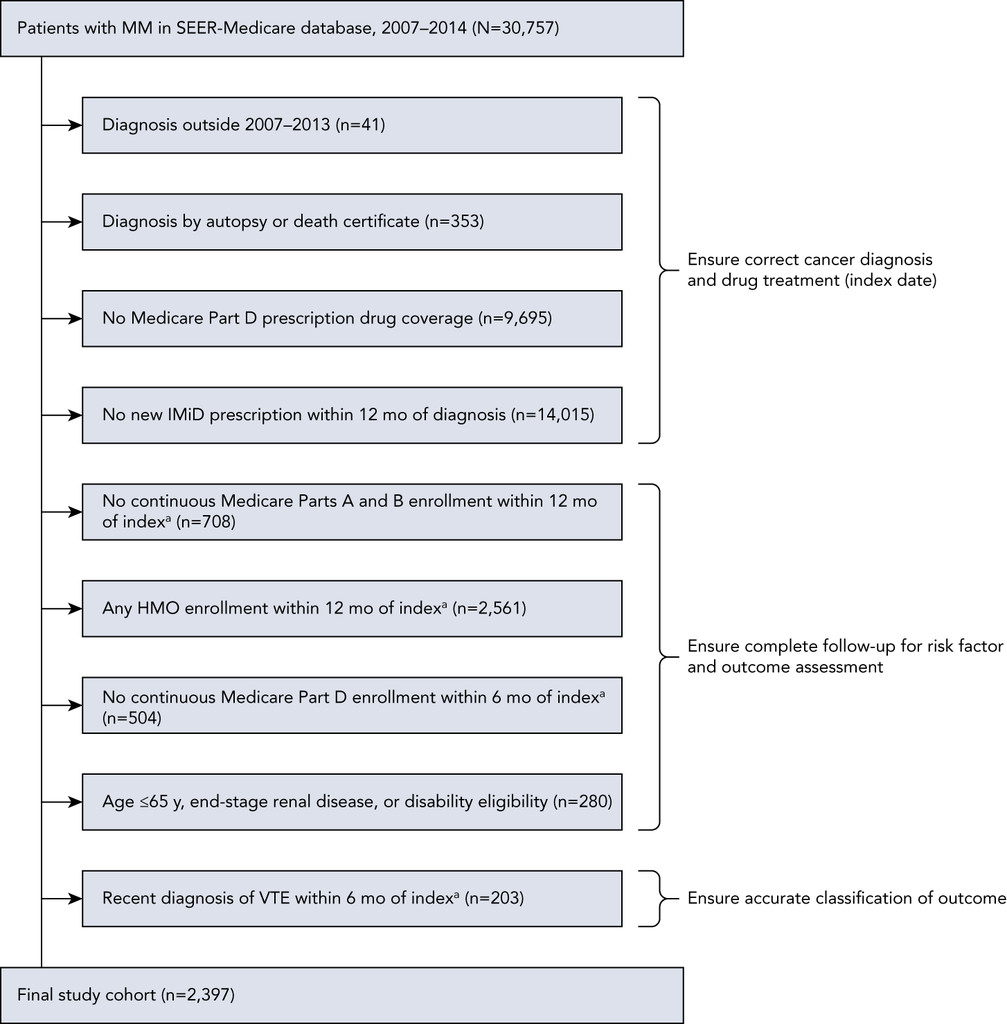 aIndex date was determined by date of first new IMiD prescription (must be within 12 months of initial MM diagnosis) and ranged from January 1, 2007–June 31, 2014, to ensure that patients had at least 6 months of follow-up (unless censored by death or disenrollment) because Medicare claims ended on December 31, 2014. 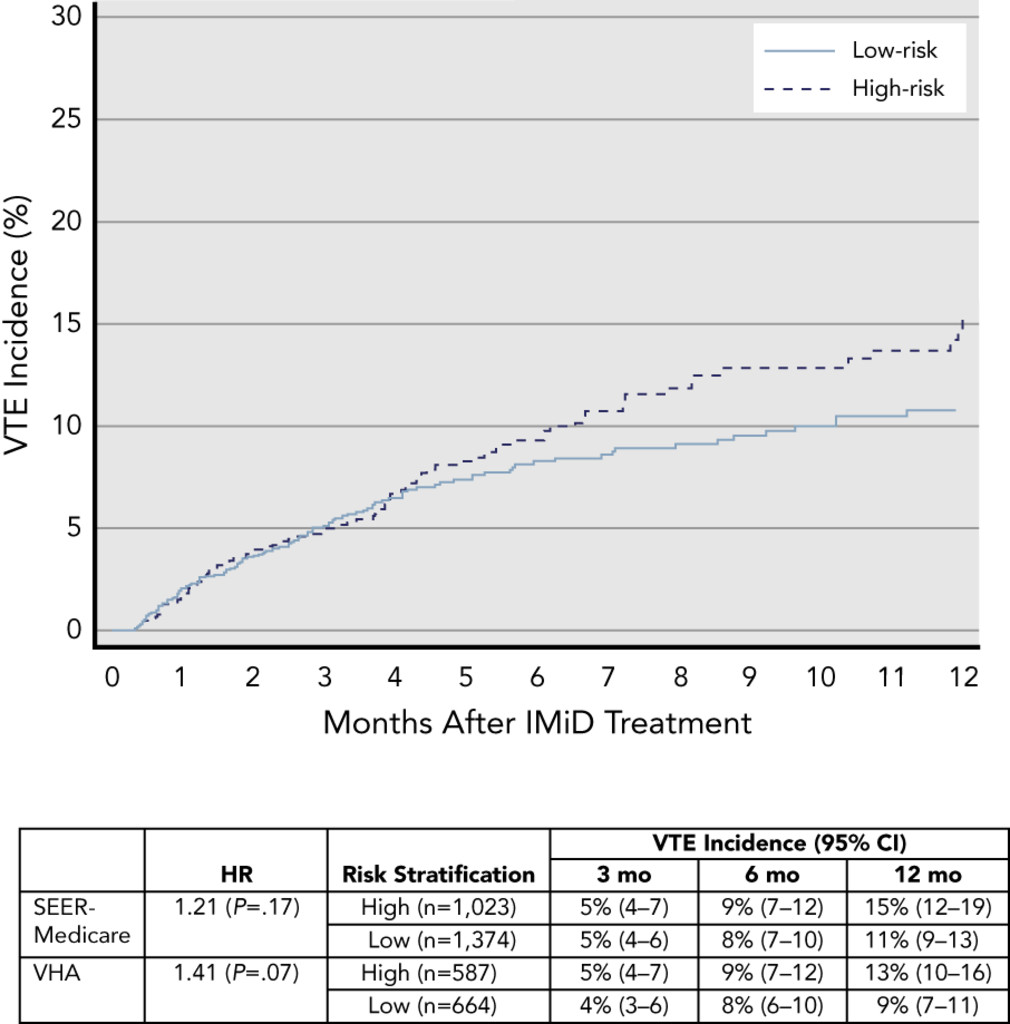 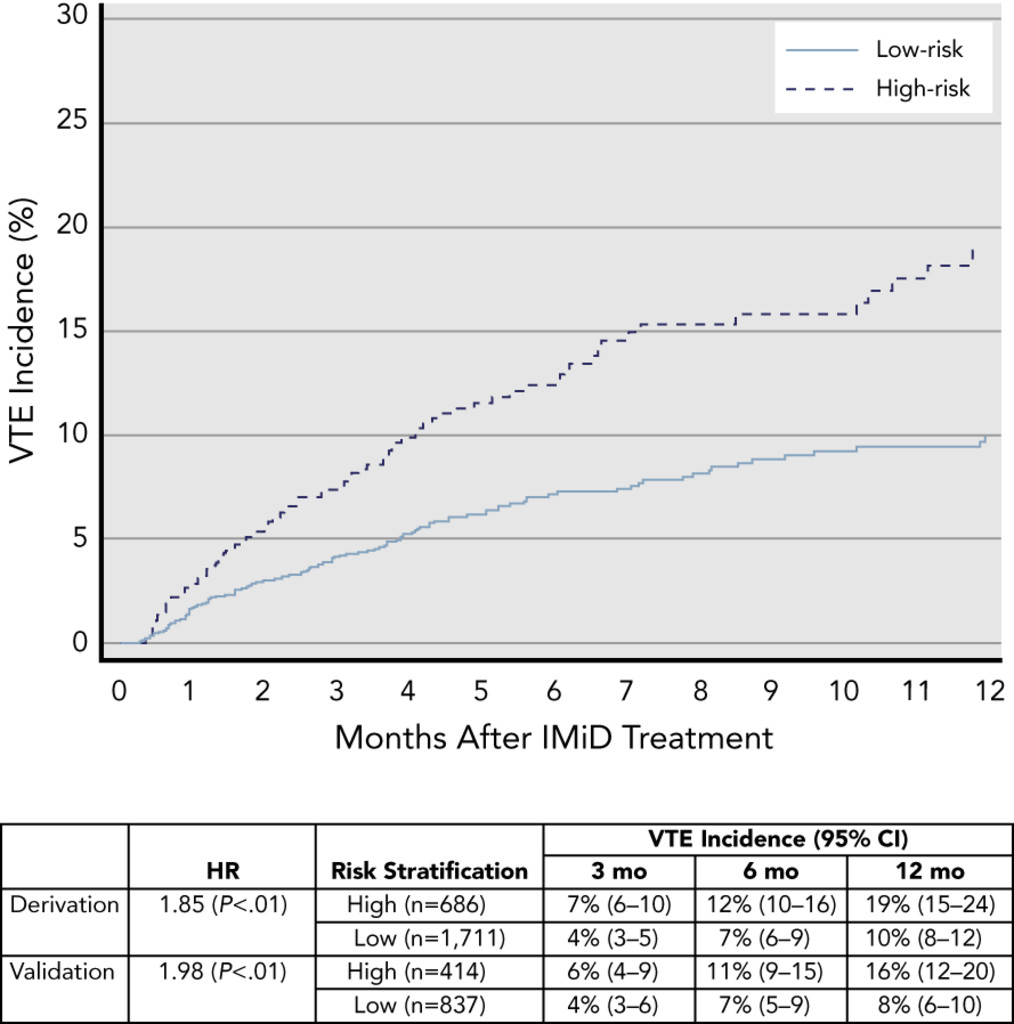 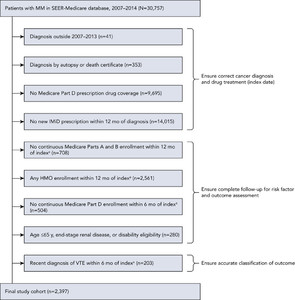 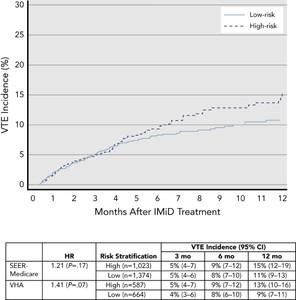 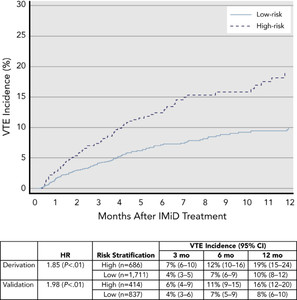