Background: Prostate cancer clinical stage T2 (cT2) subclassifications, as determined by digital rectal examination (DRE), are a historic method of staging prostate cancer. However, given the potential discomfort associated with prostate examination and the wide availability of other prognostic tests, the necessity of DRE is uncertain. This study sought to determine the prognostic value of the prostate cancer cT2 subclassifications in a contemporary cohort of patients. Methods: The National Cancer Database was used to identify a cohort of men with high-risk clinical T2N0M0 prostate cancer treated with external-beam radiotherapy and androgen deprivation therapies ± surgery from 2004 to 2010. We assessed overall survival from a landmark time of 10 months using Kaplan-Meier and log-rank test analysis. A multivariate proportional hazards model was used to estimate the simultaneous effects of multiple factors, including cT2 subclassification and other well-established prognostic indicators of overall survival in prostate cancer. Results: A total of 5,291 men were included in the final analysis, with a median follow-up of 5.4 years. The cT2a, cT2b, and cT2c subclassifications demonstrated increasing hazard ratios of 1.00 (reference), 1.25 (95% CI, 1.07–1.45; P=.0046), and 1.43 (95% CI, 1.25–1.63; P<.0001), respectively, reflecting a higher probability of death with each incremental increase in cT2 subclassification. This finding was independent of other known prognostic variables on multivariate analysis. Conclusions: Results show that cT2 subclassifications had independent prognostic value in a large and contemporary cohort of men. cT2 classification remains an important, low-cost prognostic tool for men with prostatic adenocarcinoma. The clinical relevance of this test should be appreciated and accounted for by providers treating prostate adenocarcinoma. 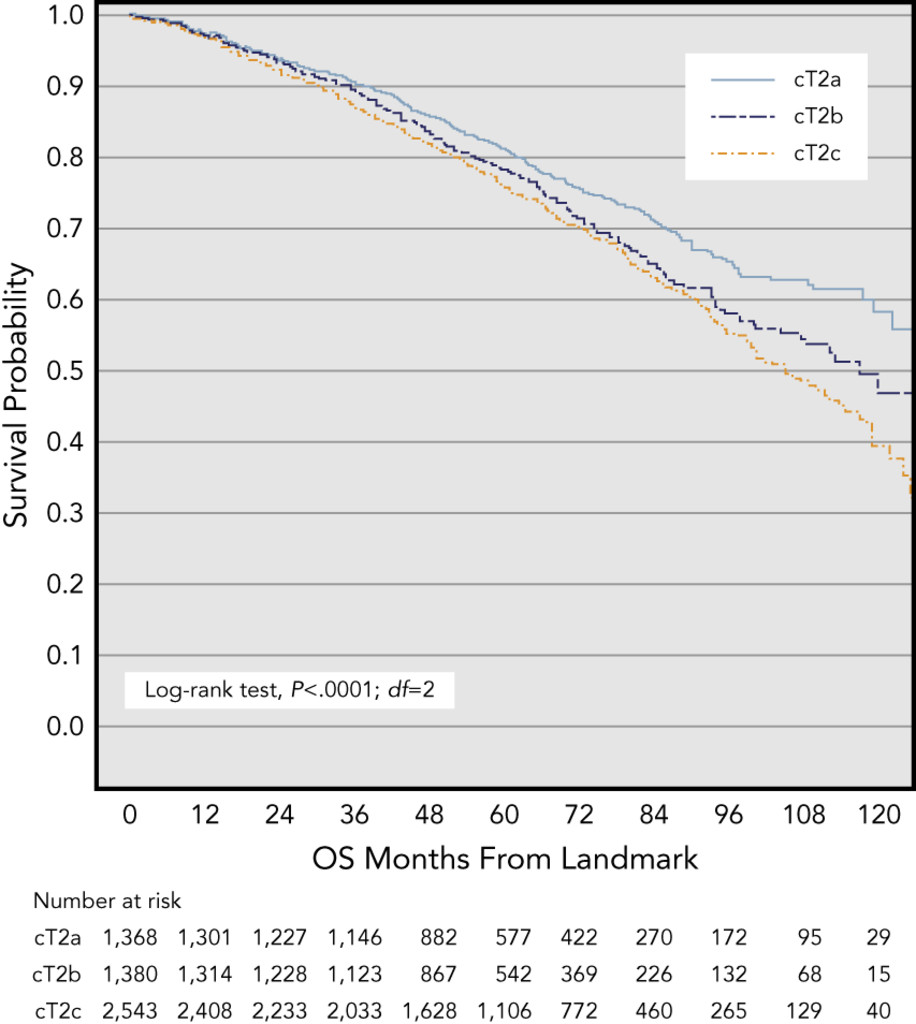 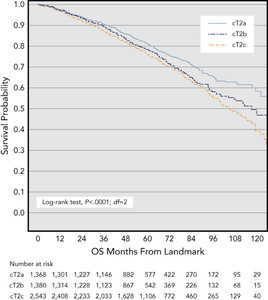