Acute myeloid leukemia (AML) is the most common form of acute leukemia among adults and accounts for the largest number of annual deaths due to leukemias in the United States. Recent advances have resulted in an expansion of treatment options for AML, especially concerning targeted therapies and low-intensity regimens. This portion of the NCCN Clinical Practice Guidelines in Oncology (NCCN Guidelines) for AML focuses on the management of AML and provides recommendations on the workup, diagnostic evaluation and treatment options for younger (age <60 years) and older (age ≥60 years) adult patients. 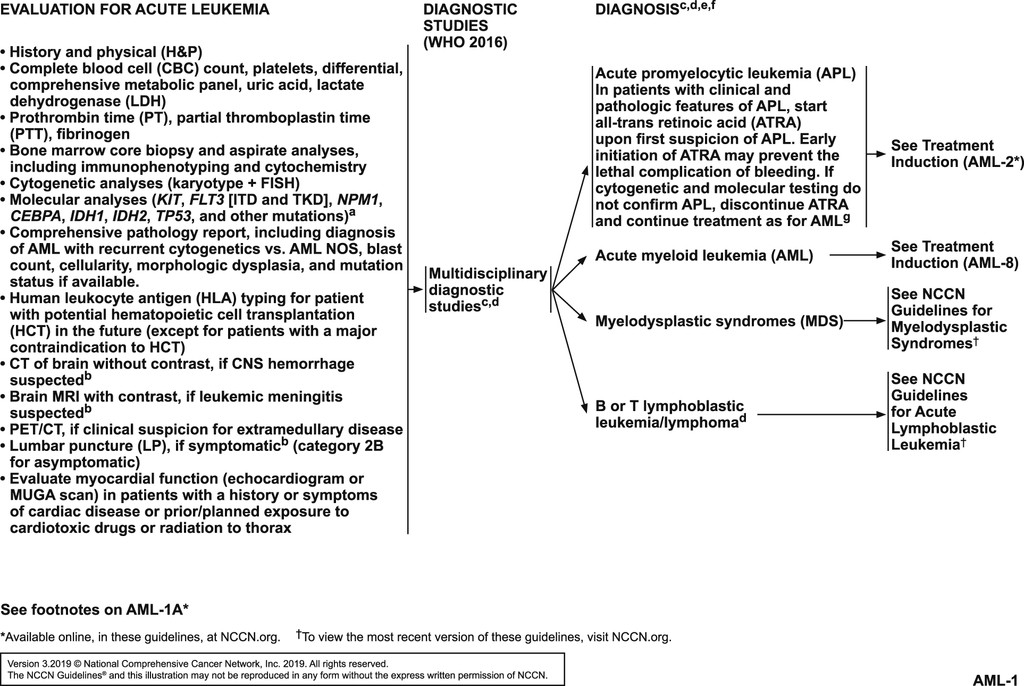 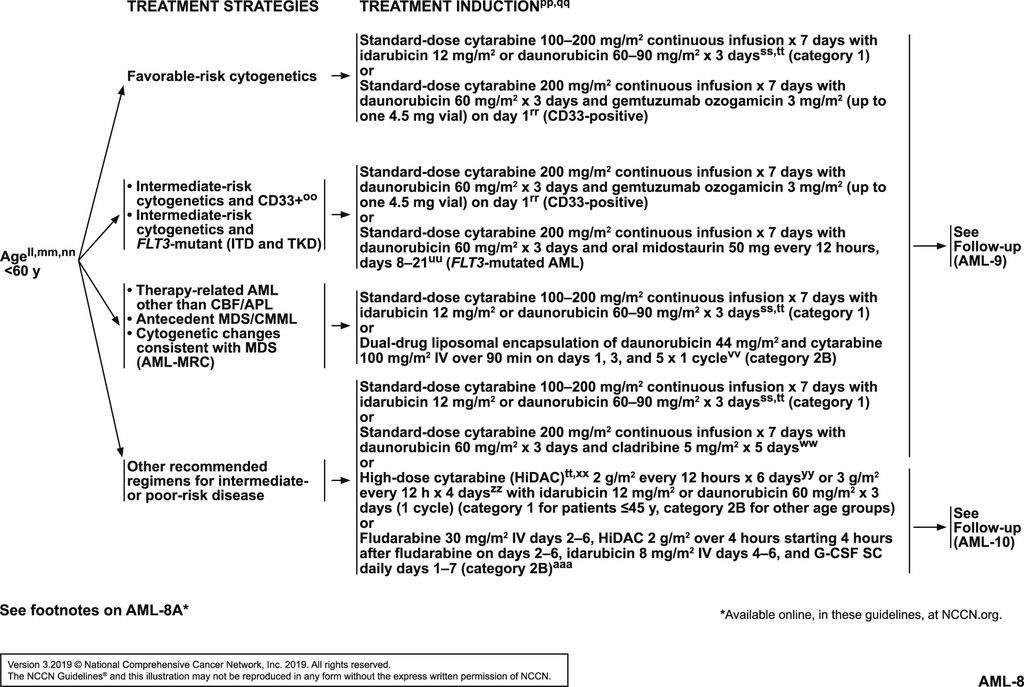 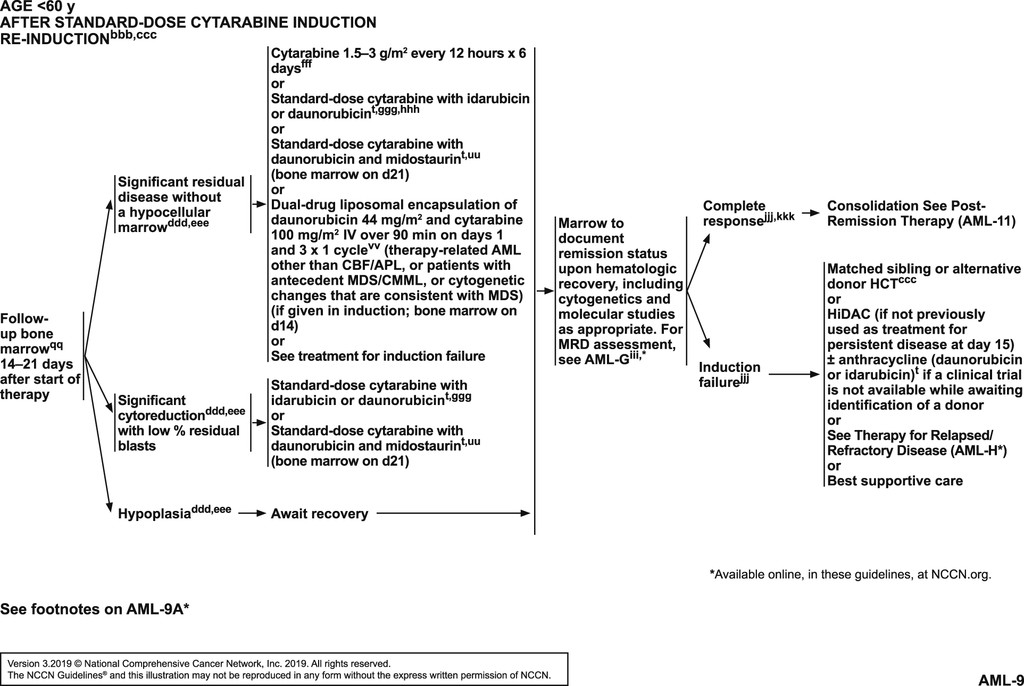 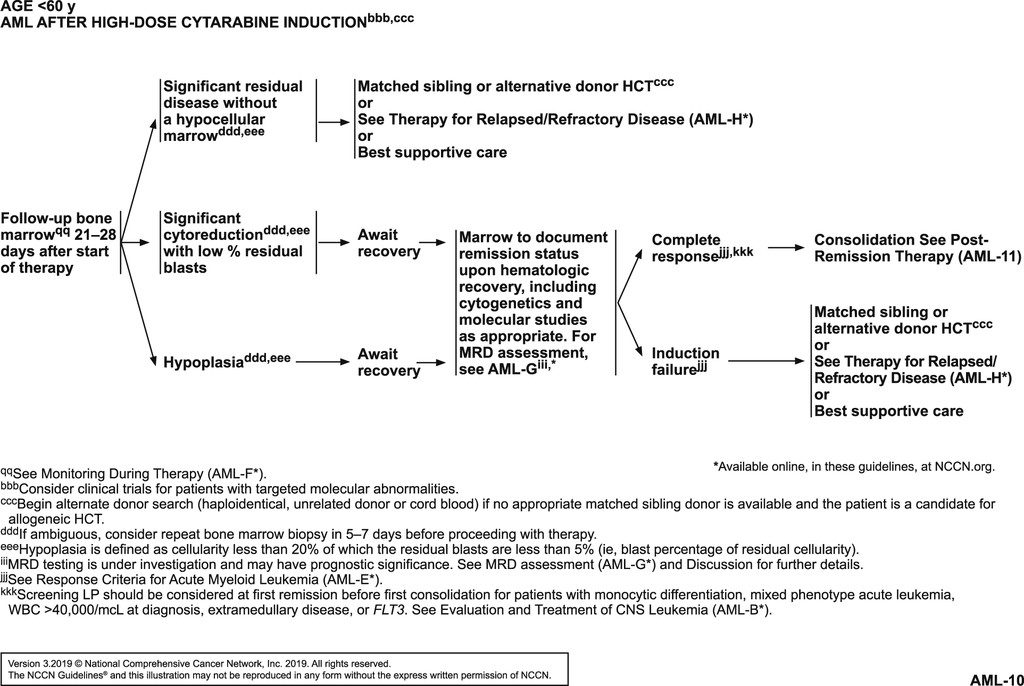 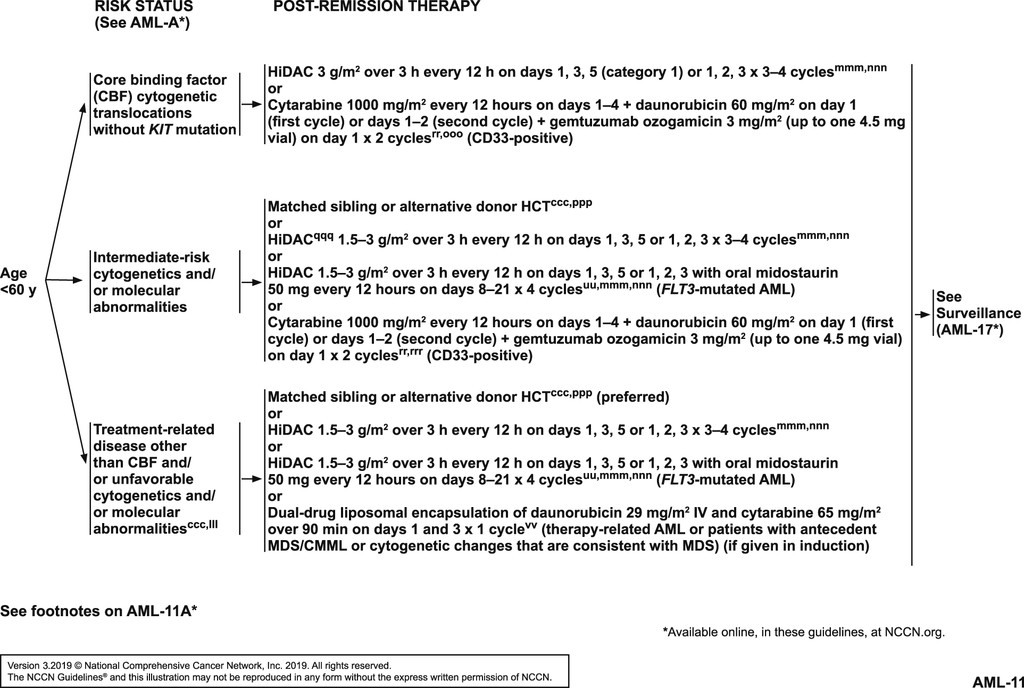 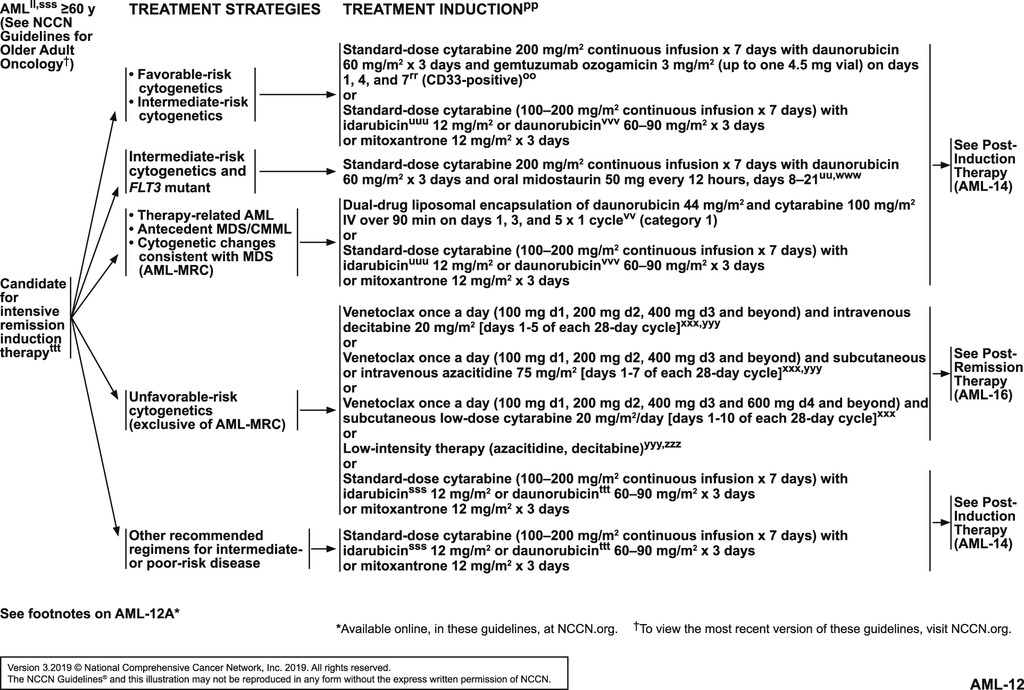 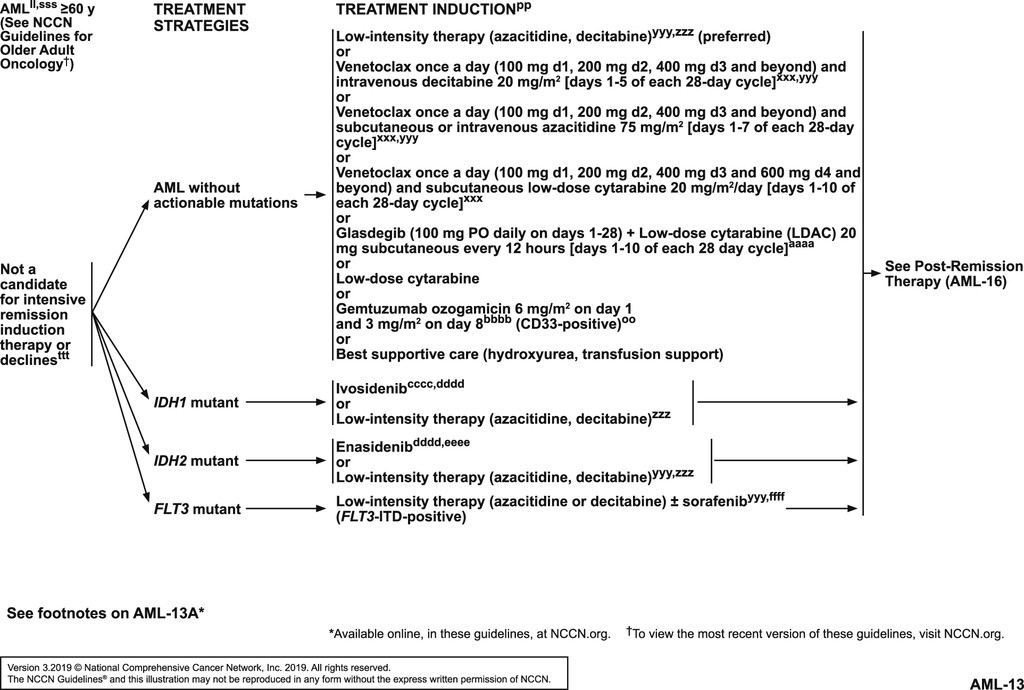 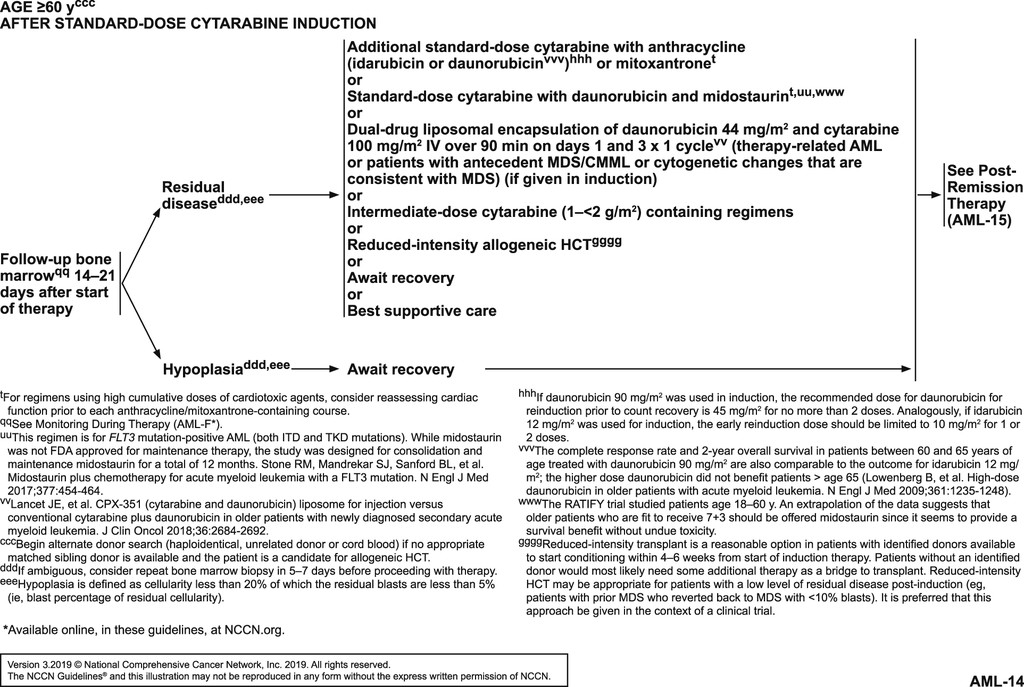 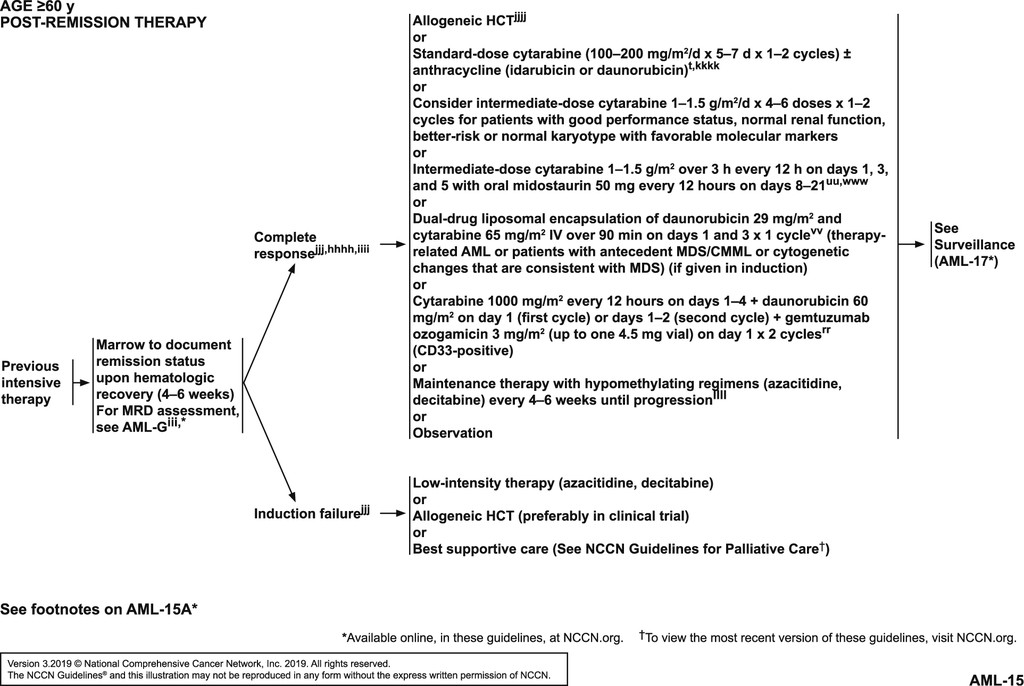 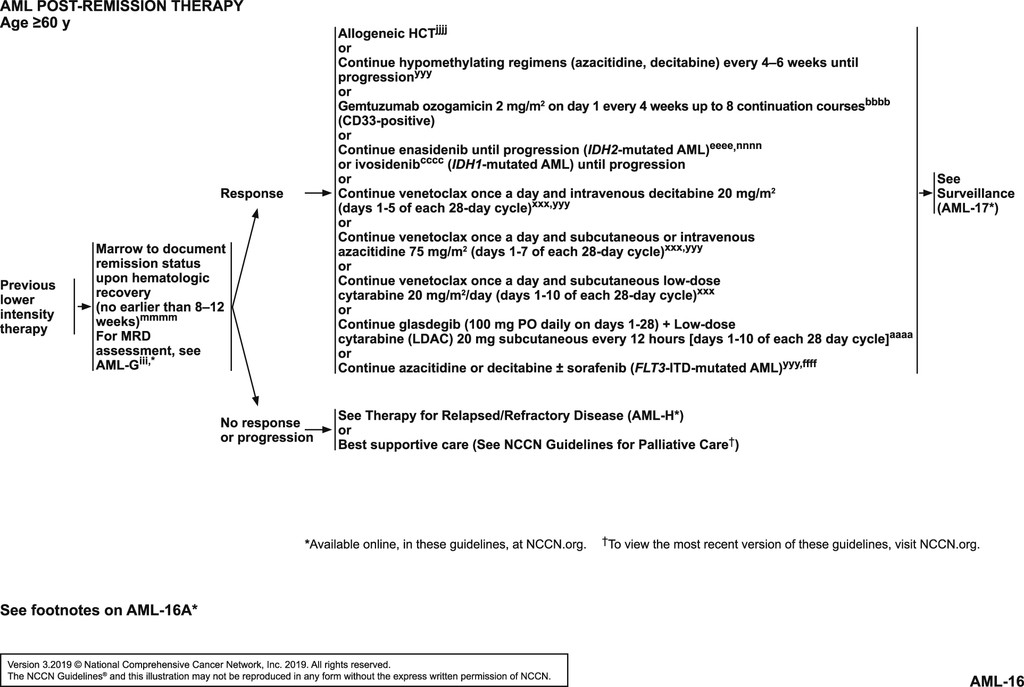 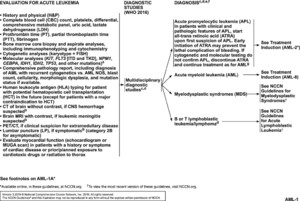 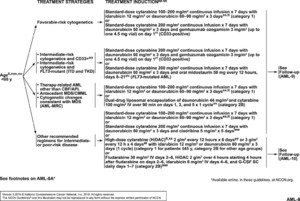 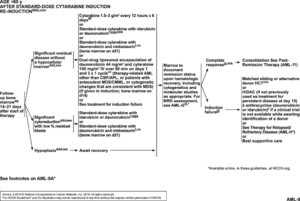 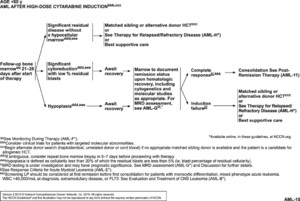 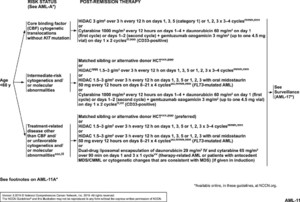 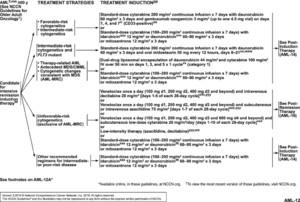 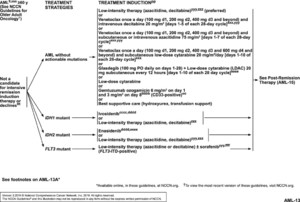 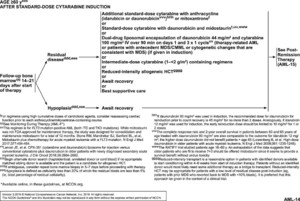 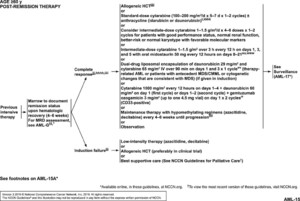 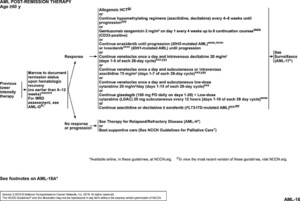