Immunotherapy is now the fourth pillar of cancer treatment, but the methodology used to determine who will benefit is still a work in progress. PD-L1 is commonly used as a predictive biomarker for immunotherapy, but others—such as immunogenic tumor biomarkers, host environment biomarkers and biomarkers of nonresponse—are being actively investigated. Additionally, research in combining biomarkers is currently being conducted, with new data emerging all the time. 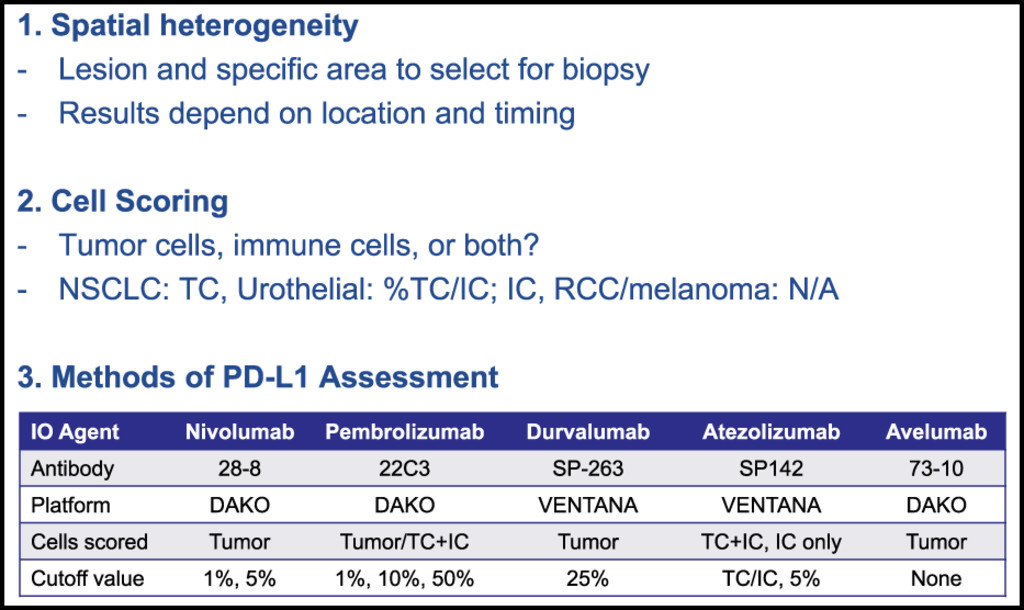 PD-L1 as a biomarker: key limitations. 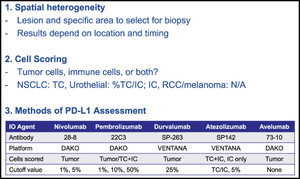