The NCCN Clinical Practice Guidelines in Oncology (NCCN Guidelines) for Cutaneous melanoma have been significantly revised over the past few years in response to emerging data on immune checkpoint inhibitor therapies and BRAF-targeted therapy. This article summarizes the data and rationale supporting extensive changes to the recommendations for systemic therapy as adjuvant treatment of resected disease and as treatment of unresectable or distant metastatic disease. 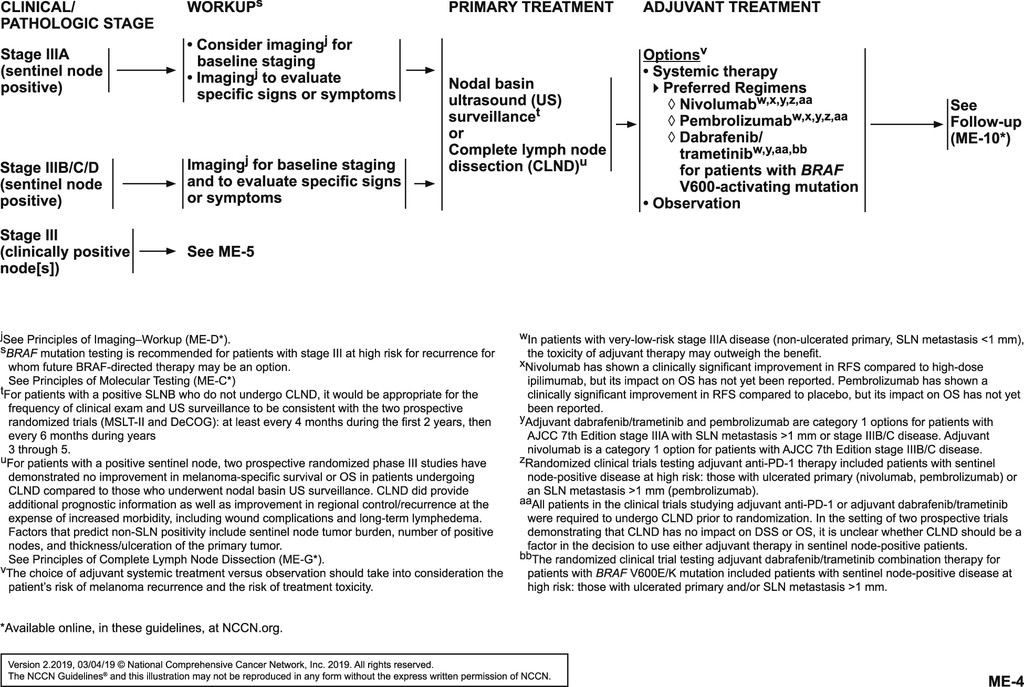 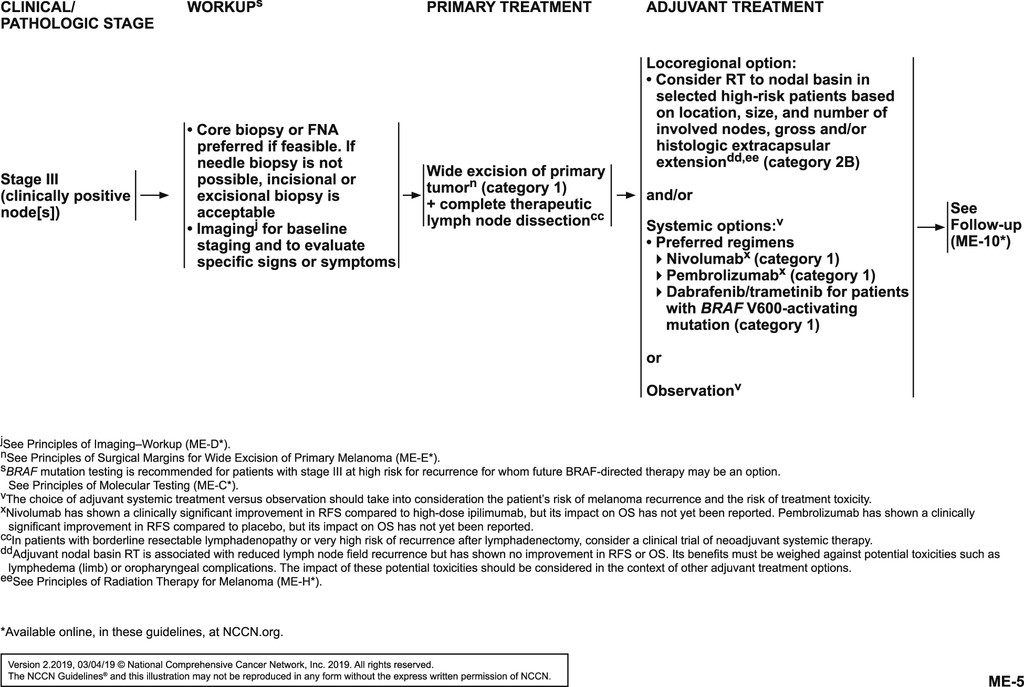 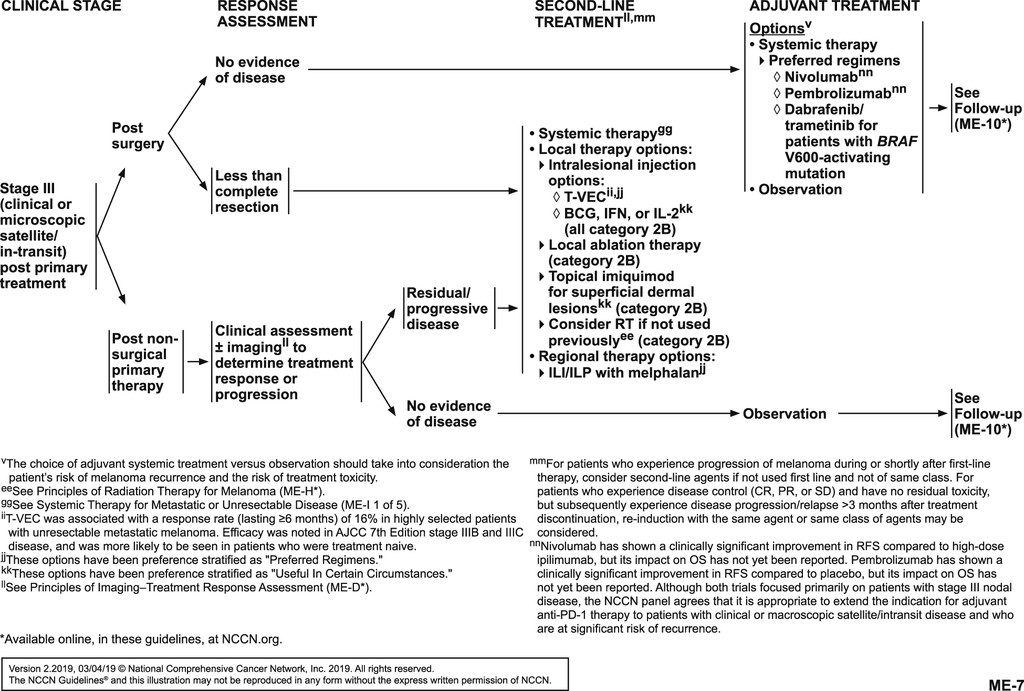 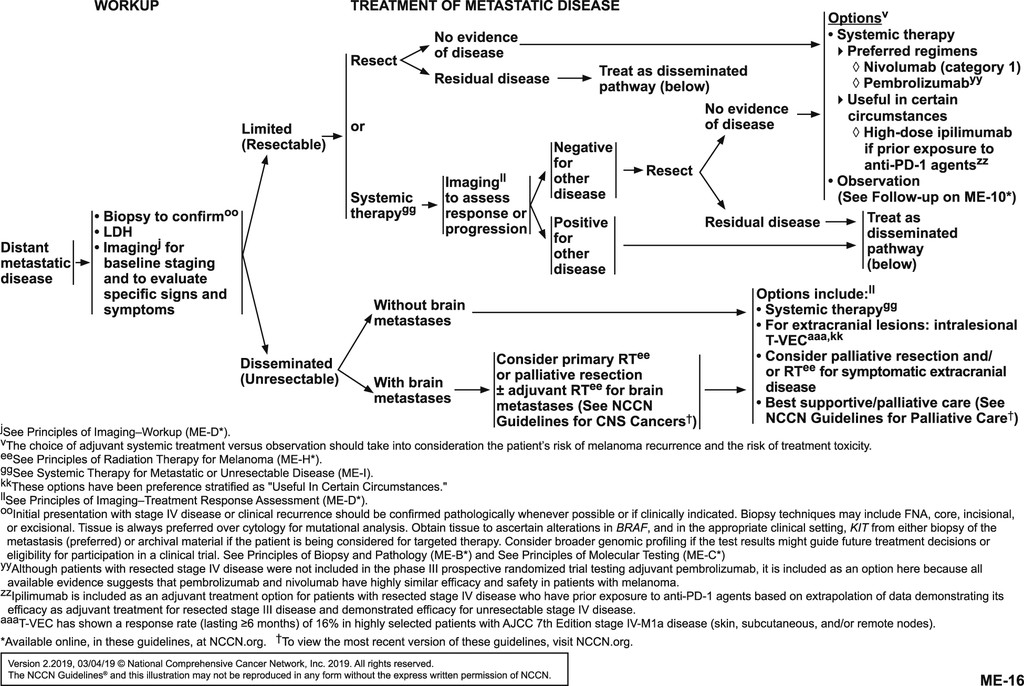 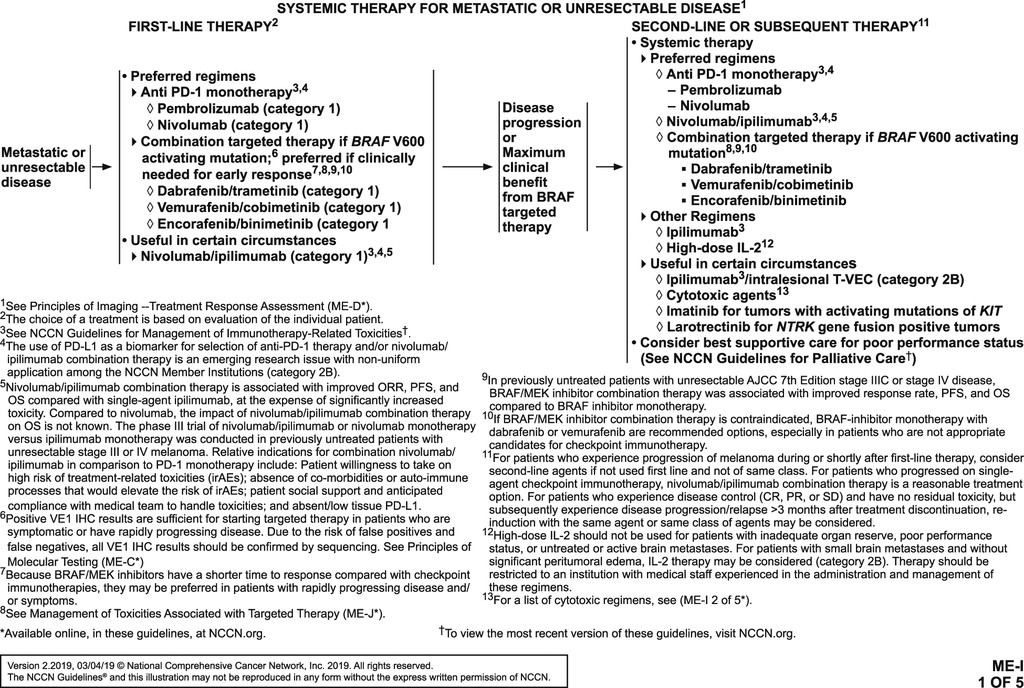 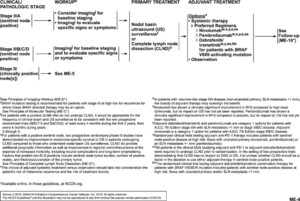 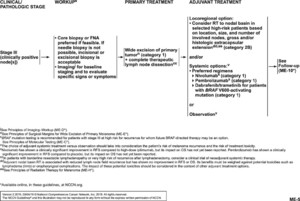 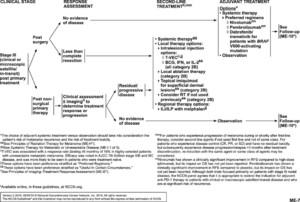 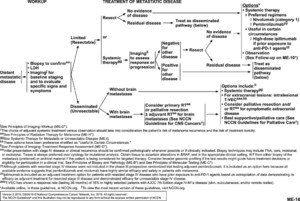 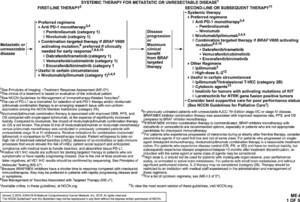