The aim of the NCCN Guidelines for Management of Immunotherapy-Related Toxicities is to provide guidance on the management of immune-related adverse events resulting from cancer immunotherapy. The NCCN Management of Immunotherapy-Related Toxicities Panel is an interdisciplinary group of representatives from NCCN Member Institutions and ASCO, consisting of medical and hematologic oncologists with expertise in a wide array of disease sites, and experts from the fields of dermatology, gastroenterology, neuro-oncology, nephrology, emergency medicine, cardiology, oncology nursing, and patient advocacy. Several panel representatives are members of the Society for Immunotherapy of Cancer (SITC). The initial version of the NCCN Guidelines was designed in general alignment with recommendations published by ASCO and SITC. The content featured in this issue is an excerpt of the recommendations for managing toxicity related to immune checkpoint blockade and a review of existing evidence. For the full version of the NCCN Guidelines, including recommendations for managing toxicities related to chimeric antigen receptor T-cell therapy, visit NCCN.org. 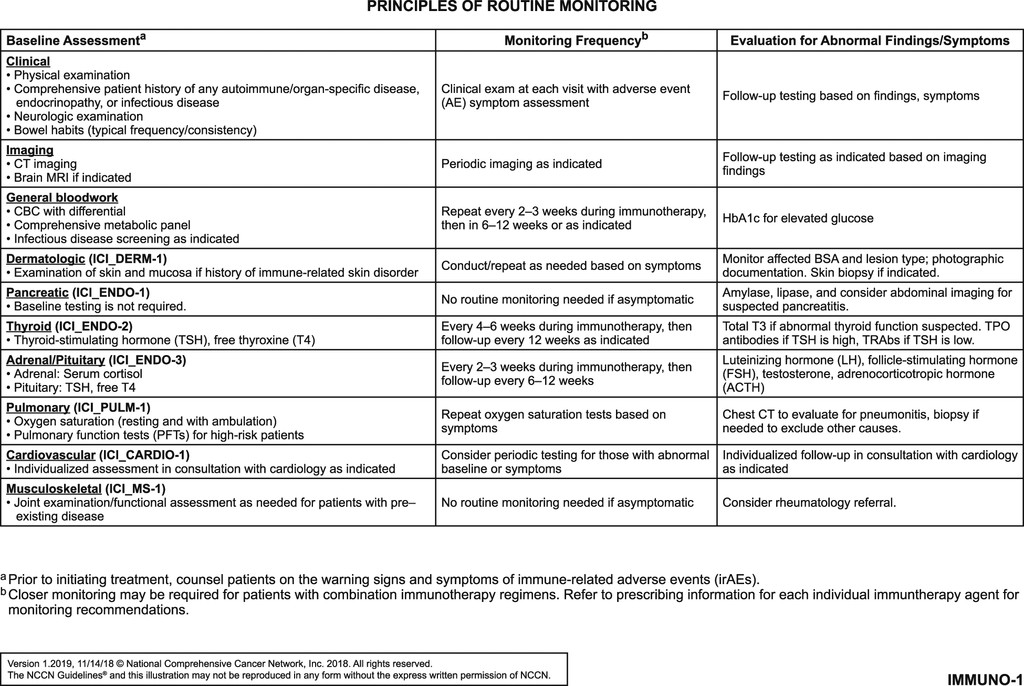 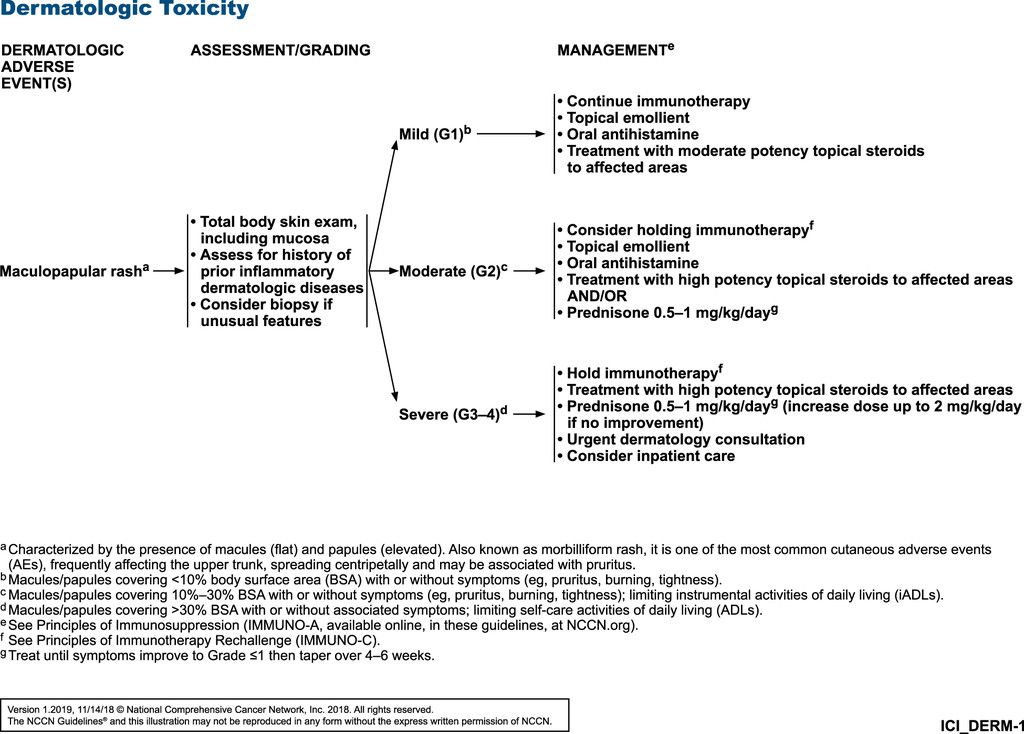 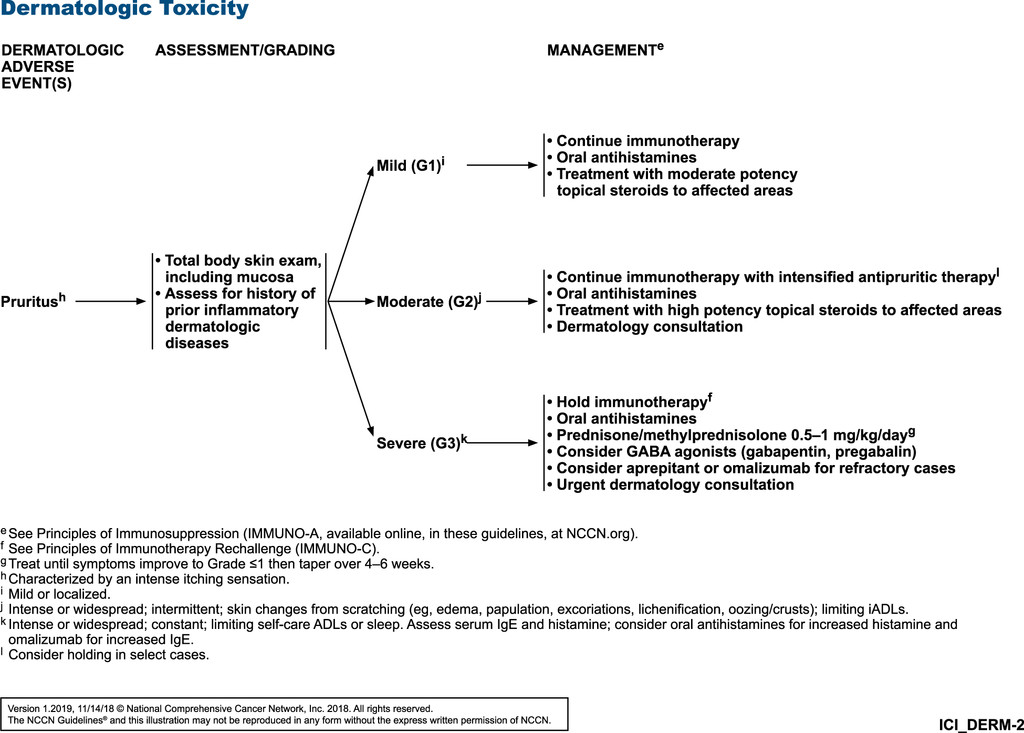