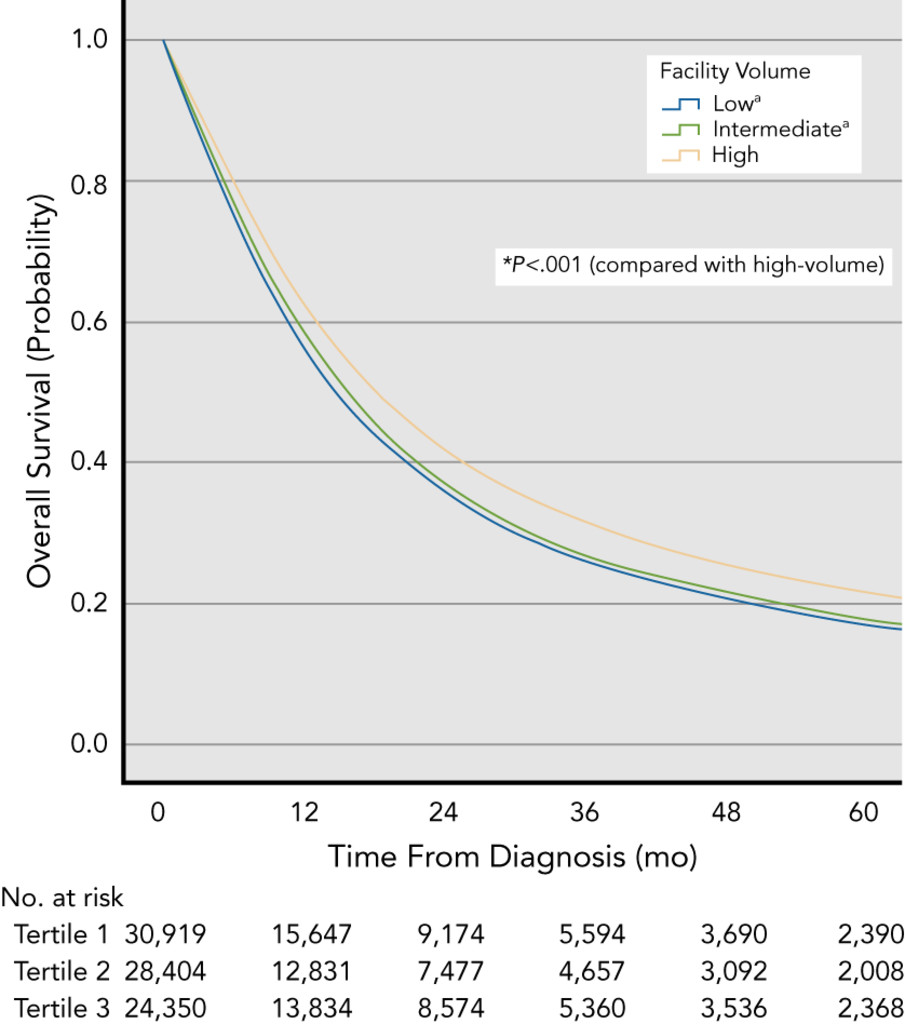 Kaplan-Meier analysis of overall survival based on hospital volume. 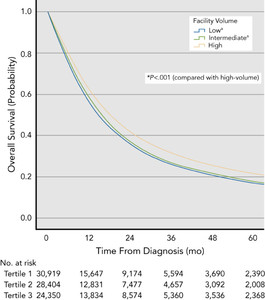