Background: Current guidelines recommend hydroxyurea (HU) as frontline therapy for patients with high-risk essential thrombocythemia (ET) to prevent thrombosis. However, little is known about the impact of HU on thrombosis or survival among these patients in the real-world setting. Patients and Methods: A retrospective cohort study was conducted of older adults (aged ≥66 years) diagnosed with ET from 2007 through 2013 using the linked SEER-Medicare database. Multivariable Cox proportional hazards regression models were used to assess the effect of HU on overall survival, and multivariable competing risk models were used to assess the effect of HU on the occurrence of thrombotic events. Results: Of 1,010 patients, 745 (73.8%) received HU. Treatment with HU was associated with a significantly lower risk of death (hazard ratio [HR], 0.52; 95% CI, 0.43–0.64; P<.01). Every 10% increase in HU proportion of days covered was associated with a 12% decreased risk of death (HR, 0.88; 95% CI, 0.86–0.91; P<.01). Compared with nonusers, HU users also had a significantly lower risk of thrombotic events (HR, 0.51; 95% CI, 0.41–0.64; P<.01). Conclusions: Although underused in our study population, HU was associated with a reduced incidence of thrombotic events and improved overall survival in older patients with ET.

Construction of the study cohort. 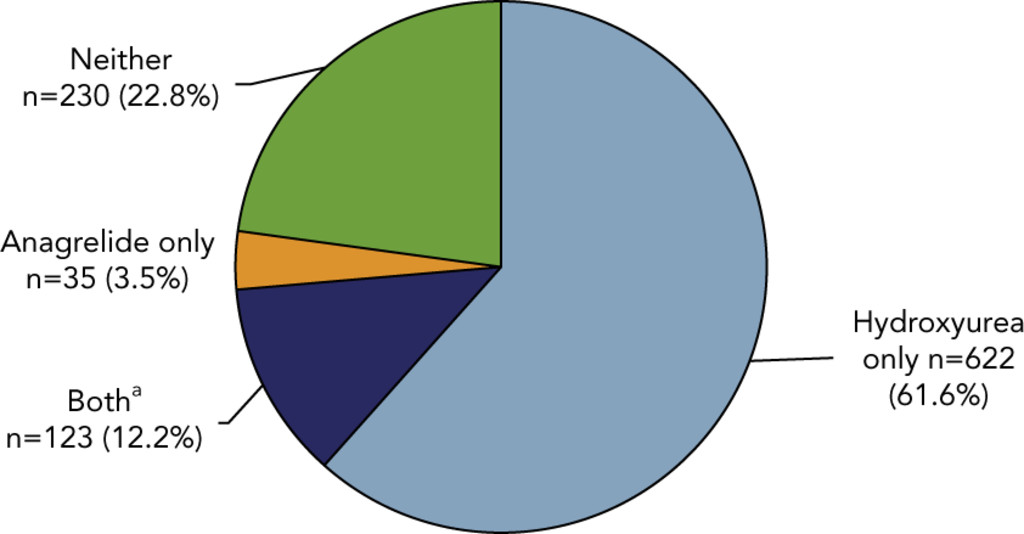 Receipt of hydroxyurea (HU) and anagrelide among 1,010 patients with essential thrombocytopenia. 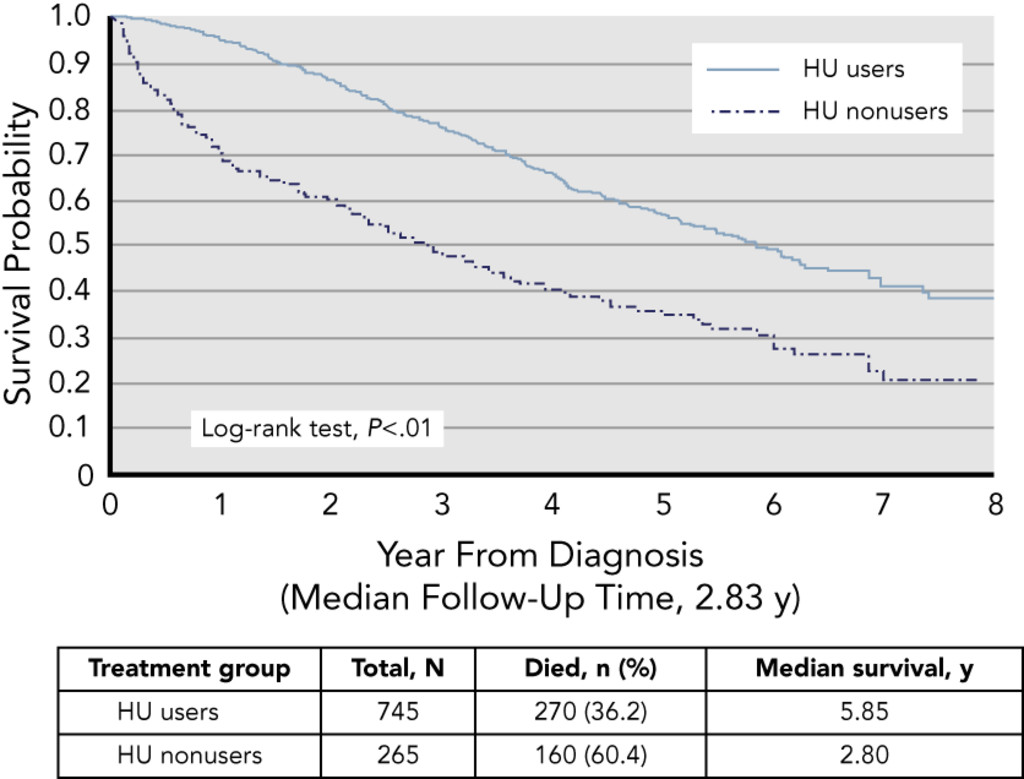 Kaplan-Meier curves for overall survival by hydroxyurea (HU) use. 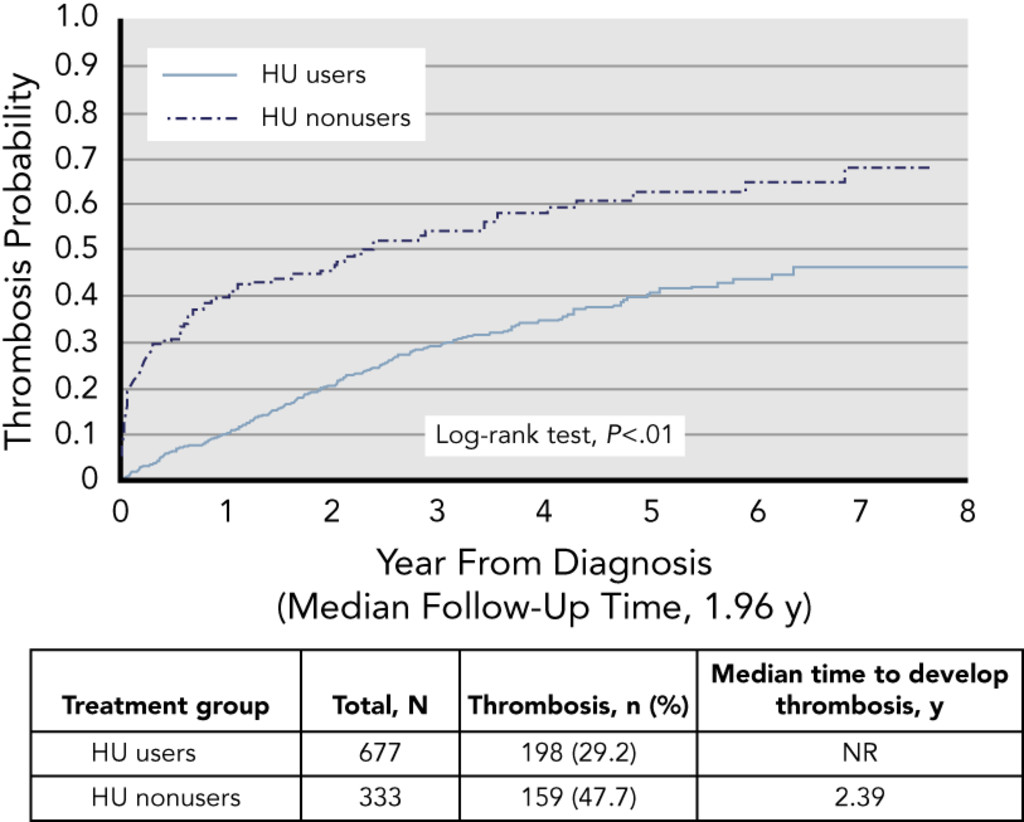 Kaplan-Meier curves for thrombotic events by hydroxyurea (HU) use. 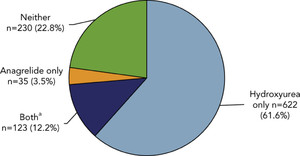 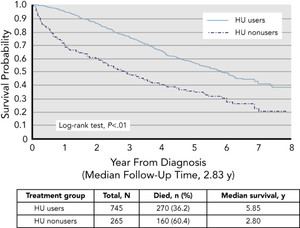 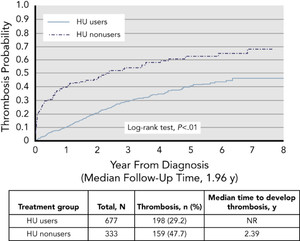