Urothelial carcinoma (UC) is a common and frequently lethal cancer. Despite the presence of genomic alterations creating dependency on particular signaling pathways, the use of targeted therapies in advanced and metastatic UC has been limited. We performed an integrated analysis of whole-exome and RNA sequencing of primary and metastatic tumors in a patient with platinum-resistant UC. We found a strikingly high ERBB2 mRNA expression and enrichment of downstream oncogenic ERBB2 signaling in this patient’s tumors compared with tumors from an unselected group of patients with UC (N=17). This patient had an exceptional sustained response to trastuzumab. Our findings show that oncogenic addiction to ERBB2 signaling potentially predicts response to ERBB2-directed therapy of UC. 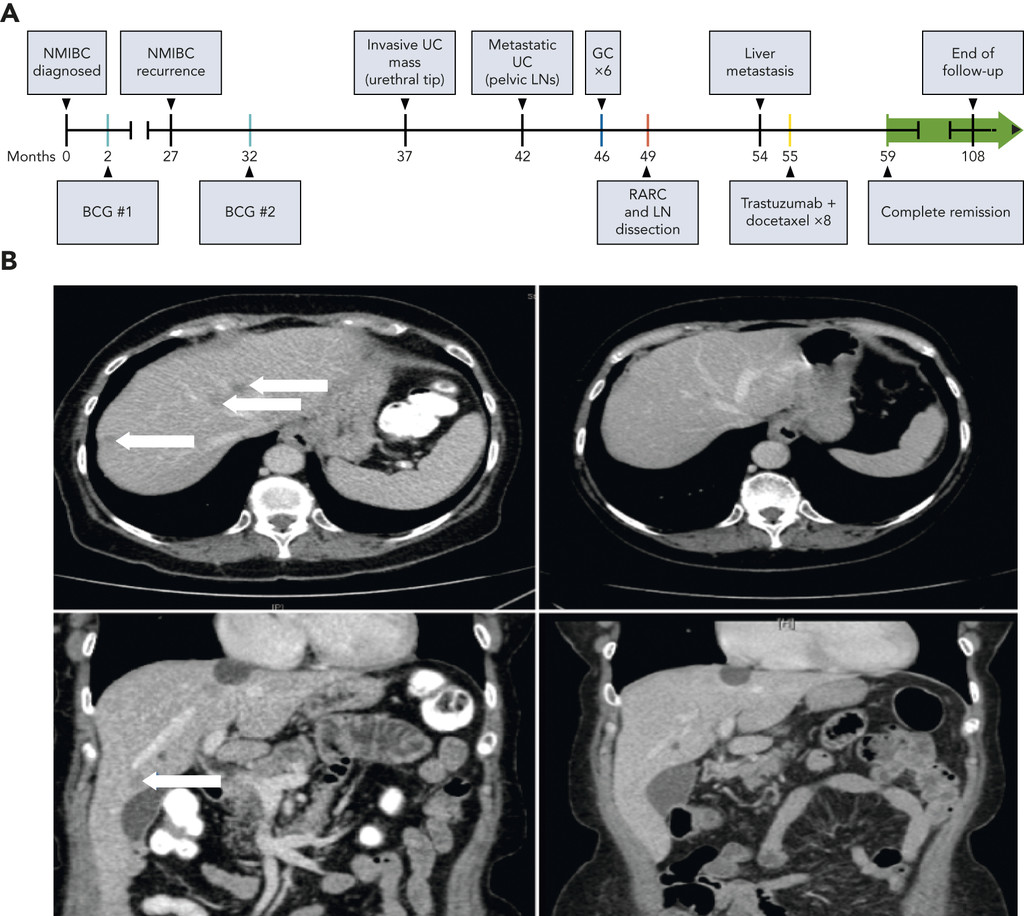 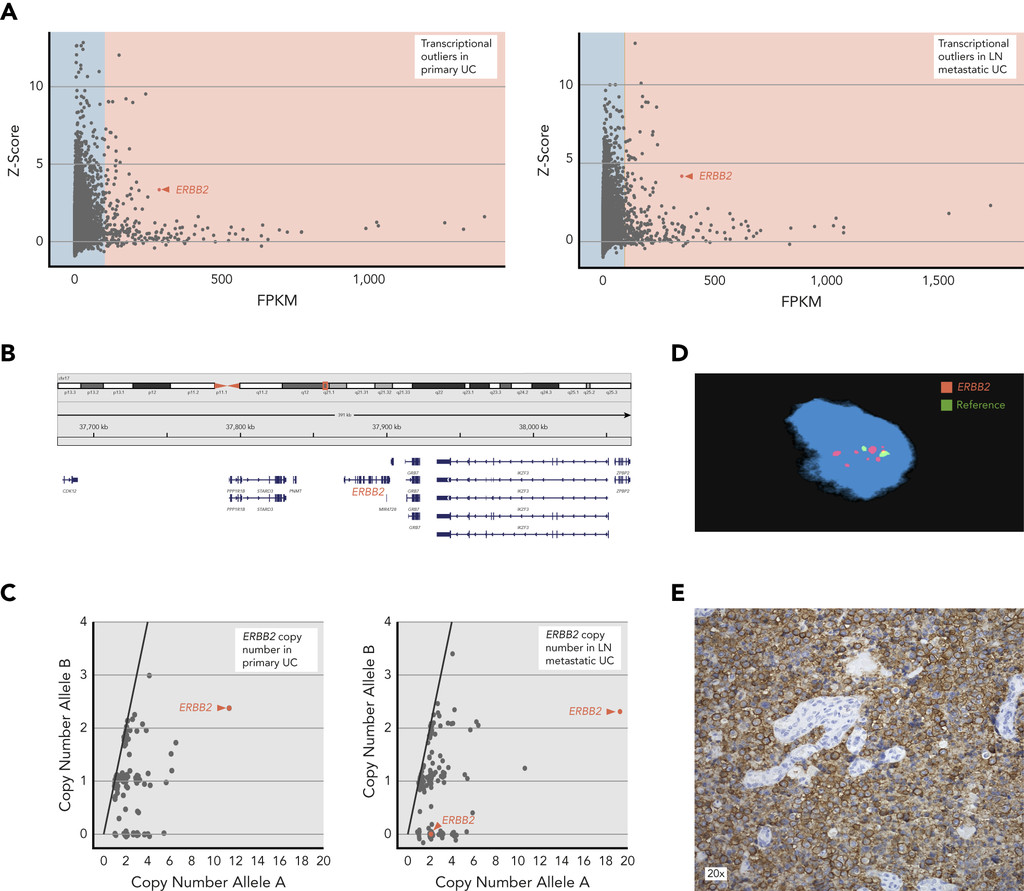 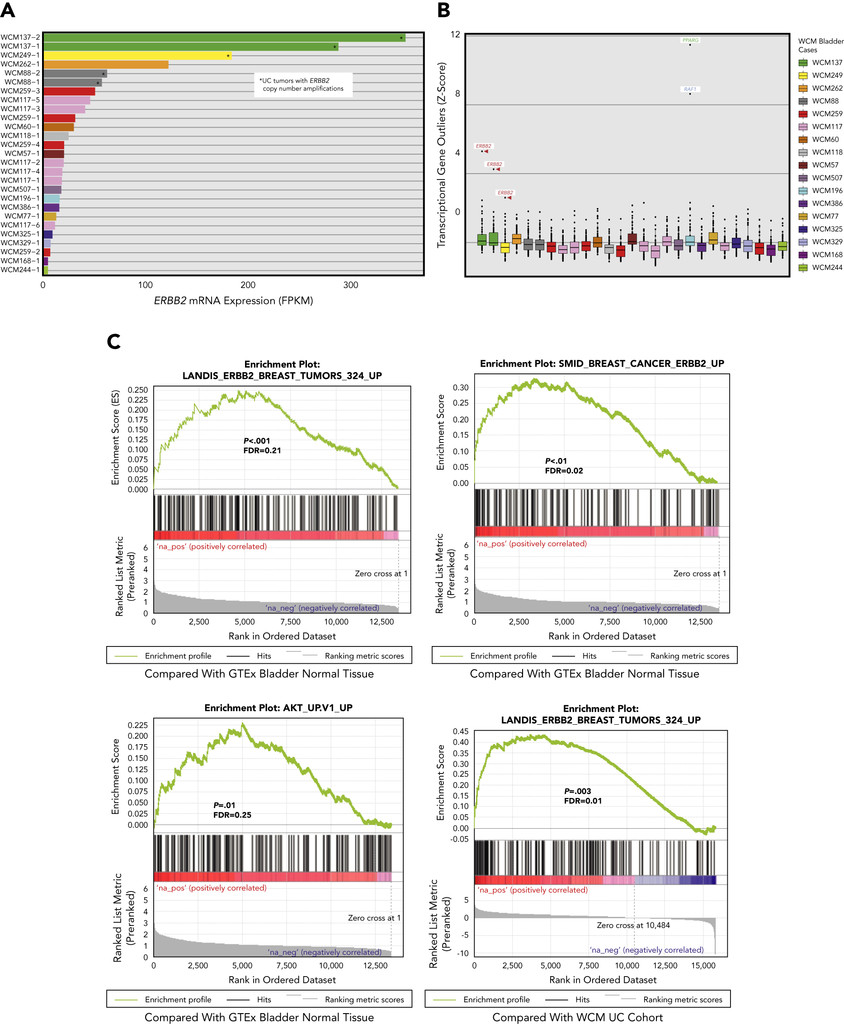 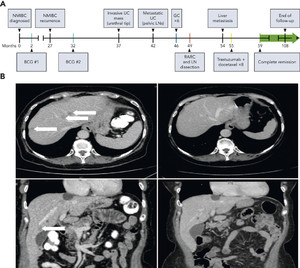 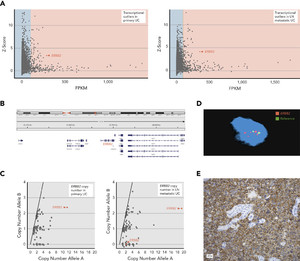 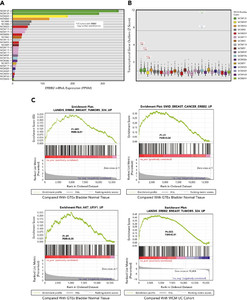