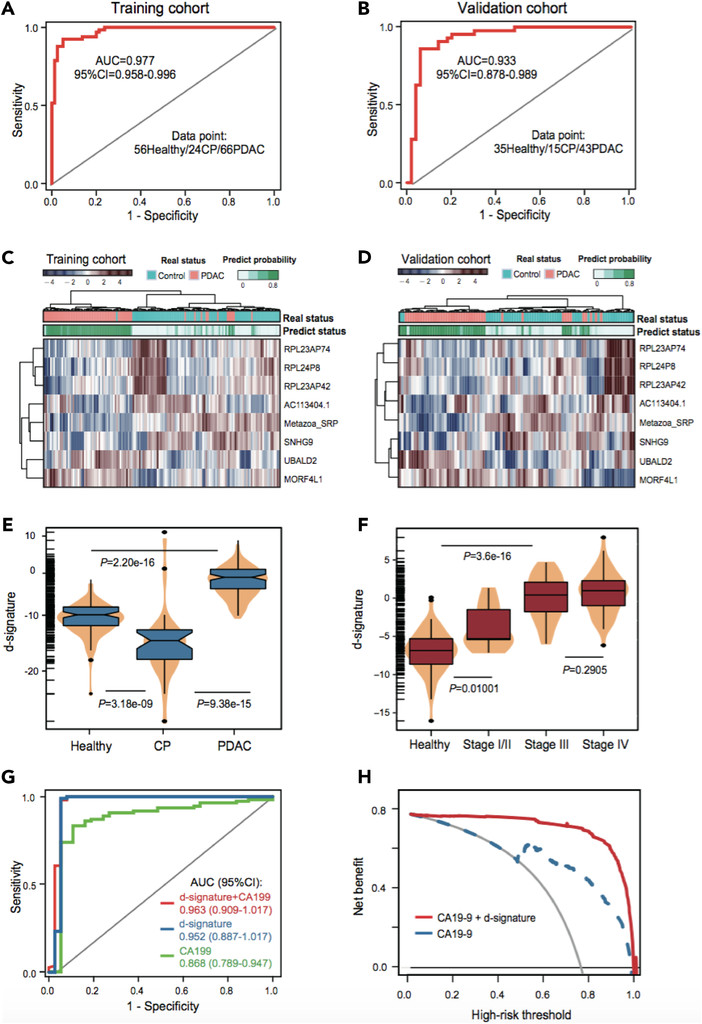 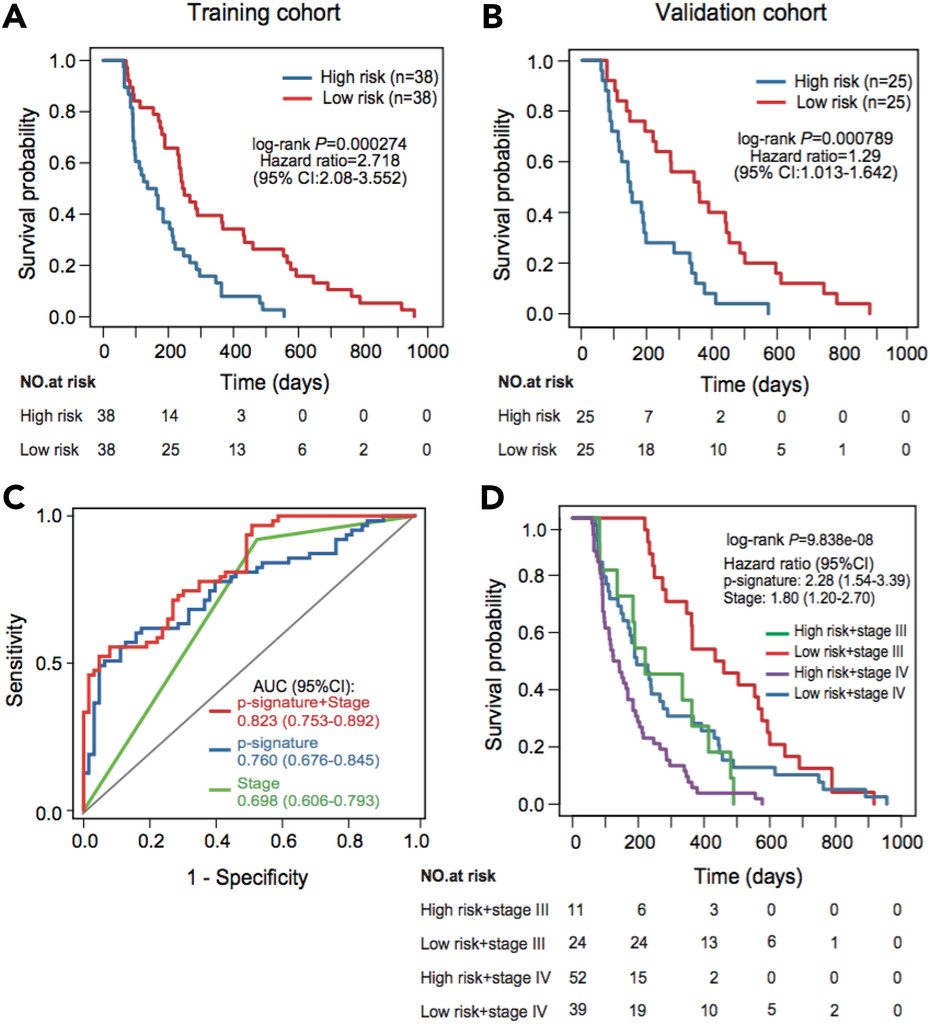 ExoLRs in the prognostic prediction of PDAC. (A–B) Kaplan–Meier curves of overall survival for PDAC patients with low or high risk, according to the prognostic signature (P-signature) in the training (A) and validation cohorts (B). (C) ROC for the p-signature, tumor stage, and p-signature combined with tumor stage in the whole PDAC cohort. (D) Kaplan–Meier survival curves of PDAC patients with combinations of exoLR p-signature and tumor stage in the whole PDAC cohort. AUC, area under the curve. CI, confidence interval. 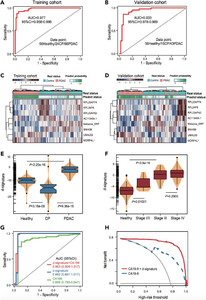 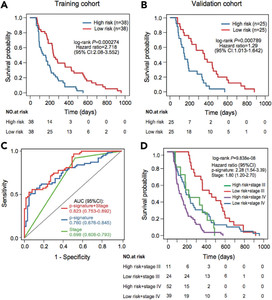