CDK4/6 Inhibitors for Advanced Hormone Receptor–Positive Breast Cancer, 2019 and Beyond

Although endocrine therapy has been shown to be beneficial for metastatic hormone receptor–positive (HR+) breast cancer, most patients will ultimately die of the disease. Improved understanding of mechanisms of resistance has resulted in the development of combinations of endocrine therapy with biologic agents, leading to improved outcomes. In particular, CDK4/6 inhibitors have recently been positioned as standard treatment of metastatic HR+ breast cancer. To date, 3 CDK4/6 inhibitors are approved for treatment of this patient population: palbociclib, ribociclib, and abemaciclib. CDK4/6 inhibitor therapy in combination with aromatase inhibitors (AIs) and the selective estrogen receptor degrader fulvestrant have demonstrated efficacy for postmenopausal women.1 Further data support use of ribociclib in premenopausal women and abemaciclib monotherapy for heavily pretreated patients.1 The NCCN Clinical Practice Guidelines in Oncology (NCCN Guidelines) now list regimens including a CDK4/6 inhibitor in combination with an AI or fulvestrant as preferred treatment options in patients with metastatic HR+, HER2-negative breast cancer.1

Palbociclib was the first CDK4/6 inhibitor to be approved. The phase III PALOMA-2 study, which randomized 666 postmenopausal women with advanced HR+, HER2-negative breast cancer to first-line treatment with letrozole in combination with palbociclib versus placebo, showed that median progression-free survival (mPFS) was significantly improved in patients treated with palbociclib (24.8 vs 14.5 months; hazard ratio [HR], 0.58; 95% CI, 0.46–0.72; P<.001).2 Subsequently, the phase III PALOMA-3 study evaluated fulvestrant with palbociclib versus placebo in patients who experienced disease progression while on endocrine therapy. Again, significant improvement in mPFS was observed in patients treated with palbociclib (9.5 vs 4.6 months; HR, 0.46; 95% CI, 0.36–0.59; P<.001).3

Overall survival (OS) is a challenging end point to evaluate in treatments administered early in the treatment course for metastatic HR+ breast cancer, partly due to increasingly long survival rates, typically measured in years. Additionally, because numerous treatment options are available, individual patients will often receive multiple and varied treatments subsequent to early lines of therapy. Although OS data for PALOMA-2 have yet to be reported, survival data were recently published for PALOMA-3 at 44.8 months’ median follow-up. OS analysis of the entire study population revealed an absolute benefit of 6.9 months favoring the palbociclib group, but not reaching statistical significance. However, prespecified subgroup analysis demonstrated a statistically significant absolute benefit of 10 months (39.7 vs 29.7 months; HR, 0.46; 95% CI, 0.36–0.59) in patients who had previously been sensitive to endocrine therapy.4

In the article by Xi et al5 elsewhere in this issue, the authors report on a retrospective analysis of palbociclib combined with endocrine therapy for metastatic HR+ breast cancer at a single academic institution. Although clinical trials are evaluating the management of patients after disease progression on CDK4/6 inhibitors, data are currently lacking. In the meantime, retrospective data offer early insight to this and other unanswered questions in a real-world setting that includes patients who may not have been clinical trial candidates. Because the study compiled data from a single academic NCI-designated Comprehensive Cancer Center, outcomes and practice patterns likely differ among other academic institutions and community practices.

Retrospective data were collected starting in February 2015, when palbociclib received FDA approval in combination with letrozole, through August 2017. Importantly, combination therapy with fulvestrant was not approved until 2016; therefore, most of the patients included in the analysis were treated with palbociclib and letrozole.5 As may be expected, use changed over the course of the analysis, and early use may not be reflective of current use of CDK4/6 inhibitors. Over time, more patients were treated in the first-line setting and fewer in later lines.5 As Xi et al acknowledge, this observation is likely related to the treatment of patients whose disease had progressed on endocrine therapy but who did not have prior access to palbociclib in the first-line setting. It is also likely that physicians became more comfortable with treatment earlier in the disease course as they gained experience with the drug and the management of related toxicities.

The mPFS efficacy data observed were in line with those reported in the PALOMA studies. It is reassuring that toxicity was also similar, with low frequency of nonhematologic adverse events but common hematologic toxicity. Neutropenia of all grades was observed in 88.5% of patients,5 similar to the approximately 80% reported in PALOMA-2 and PALOMA-3.2,3 Interestingly, there was less grade 3/4 neutropenia in this study (41.5%5 vs 66.4% and 65% in PALOMA-22 and PALOMA-3,3 respectively). However, dose reductions were similar, performed in approximately 30% of patients.2,3,5 It is unclear whether the recommended starting dose of 125 mg that was administered in the phase III studies was prescribed in all patients; it is possible that physicians chose to start certain patients at a lower dose, resulting in lower grades of neutropenia.

One challenge in the treatment of metastatic HR+ breast cancer is deciding the optimal time to introduce a CDK4/6 inhibitor. Randomized phase III data clearly show that addition of a CDK4/6 inhibitor to first-line AI therapy improves patient outcomes, such as mPFS and objective response rate, but not OS.2 However, many patients fare very well with endocrine monotherapy. The improved outcomes with combination therapy come at the expense of increased adverse events, inconvenience, and substantially higher cost. Scrutinization of PALOMA-2 and PALOMA-3 data suggests that the addition of palbociclib results in increased absolute mPFS in the first-line setting with letrozole compared with later lines with fulvestrant; however, HRs were fairly similar.2,3 Although it is not advisable to compare data across clinical trials, this observation along with comparisons of total duration of first- and second-line therapy suggests a benefit with combination therapy early in the disease course. With currently available data, either approach is reasonable and should be individualized to the patient. In the future, cancer characteristics, such as genomics, may aid in the selection of patients most appropriate for first-line therapy.

Another concern posed with CDK4/6 inhibitor treatment is that cancers that progress on combination therapy may have more adverse features compared with those progressing on endocrine monotherapy, resulting in less benefit with subsequent lines of therapy. The OS improvement in endocrine-sensitive breast cancers observed in PALOMA-34 is reassuring. Patients in the retrospective study by Xi et al5 received a variety of subsequent therapies, including both chemotherapy and endocrine therapy regimens. Endocrine therapy–based regimens were efficacious despite prior CDK4/6 inhibitor therapy. As expected, mPFS on endocrine therapy decreased with increasing number of lines of prior endocrine therapy regimens.5 After disease progression in the PALOMA-3 study, patients randomized to the palbociclib and placebo groups had similar time on the immediate subsequent treatment, whether treated with endocrine therapy or chemotherapy. However, due to the prolonged mPFS in patients treated with palbociclib, there was a significantly longer duration between randomization and chemotherapy.4

Whether patients should be treated with additional CDK4/6 inhibitor therapy after progression is currently unknown. Xi et al5 describe the experience of 7 patients who were treated with palbociclib after progression. Although interesting, conclusions cannot be drawn from the findings of this small cohort. Treatment with CDK4/6 inhibitors after disease progression is under active investigation in a number of clinical trials. The answer will likely be complex; certain patients may benefit or not, depending on the mechanism of resistance and genomics of the cancer at baseline and after progression. Genomic analysis in the PALOMA-3 trial reveals that accumulation of new mutations frequently occurs with fulvestrant/palbociclib treatment, although the frequency appears to differ between patients developing progression early and late during treatment. Emergent RB1 mutations, thought to be a major mechanism of resistance to CDK4/6 inhibitors, were only detected in patients treated with palbociclib, but in just 5% of patients upon progression.6 It is anticipated that further understanding of clonal evolution during treatment, along with additional clinical trial data, will result in the development of new effective treatment regimens that can be better selected for individual patients. 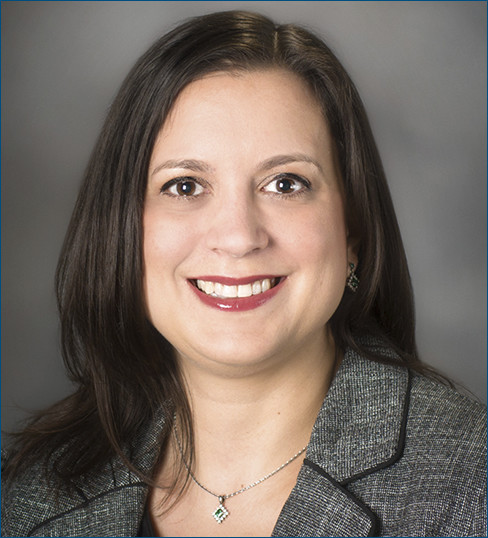