As treatment of HIV has improved, people living with HIV (PLWH) have experienced a decreased risk of AIDS and AIDS-defining cancers (non-Hodgkin’s lymphoma, Kaposi sarcoma, and cervical cancer), but the risk of Kaposi sarcoma in PLWH is still elevated about 500-fold compared with the general population in the United States. The NCCN Clinical Practice Guidelines in Oncology (NCCN Guidelines) for AIDS-Related Kaposi Sarcoma provide diagnosis, treatment, and surveillance recommendations for PLWH who develop limited cutaneous Kaposi sarcoma and for those with advanced cutaneous, oral, visceral, or nodal disease. 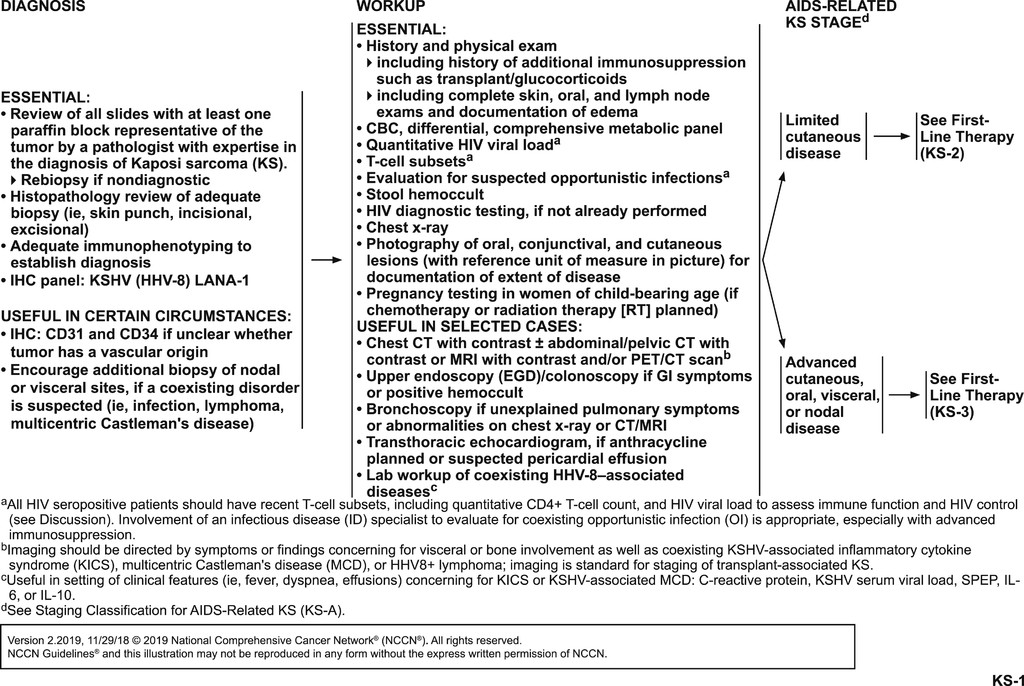 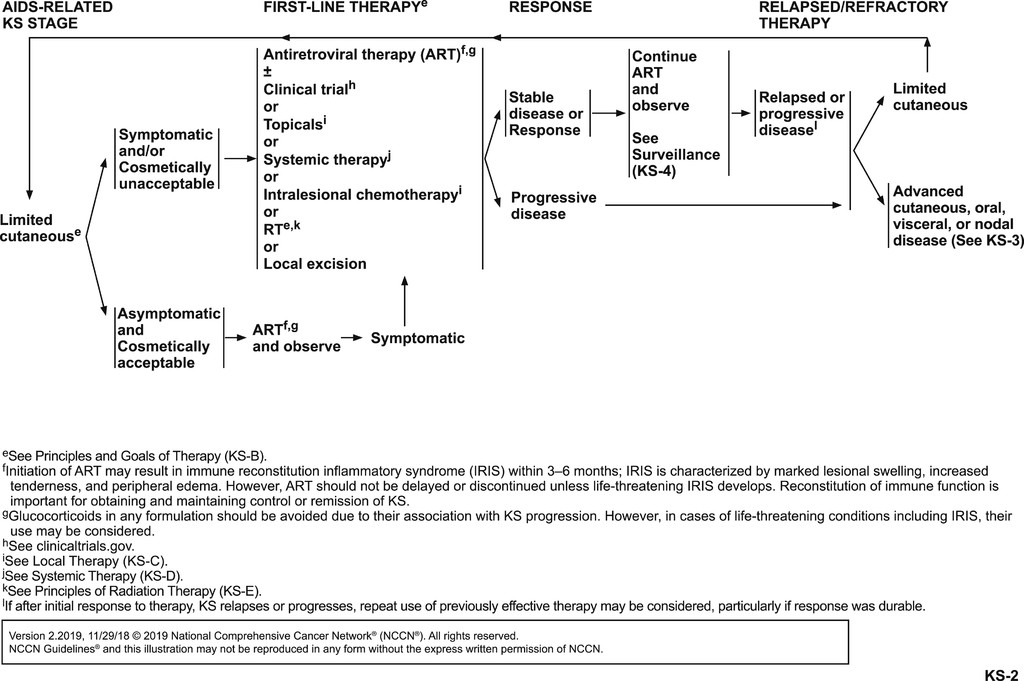 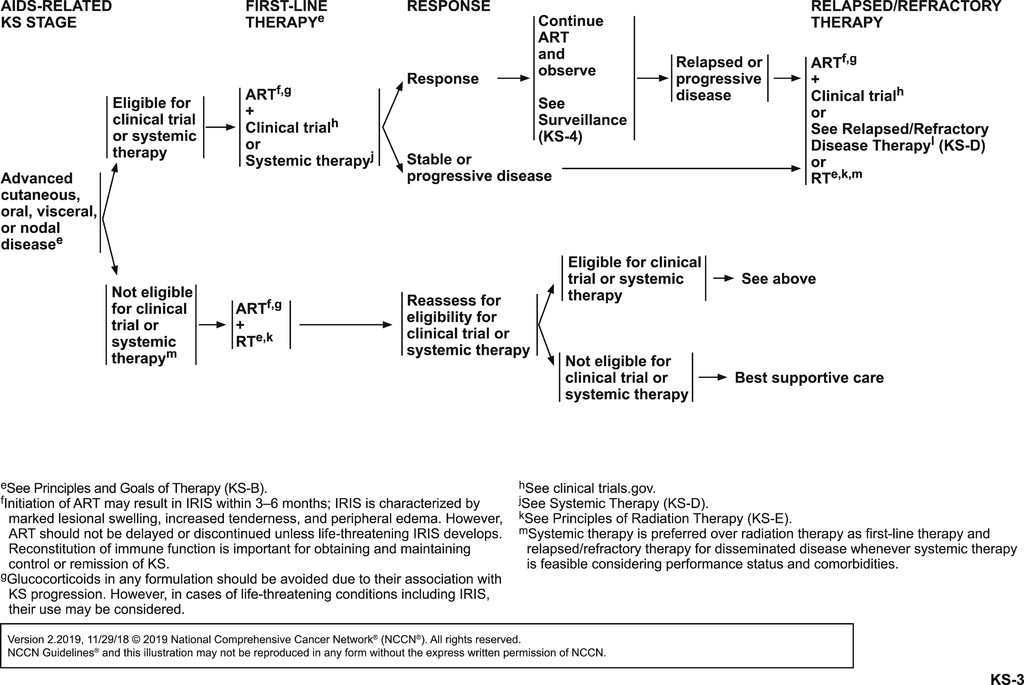 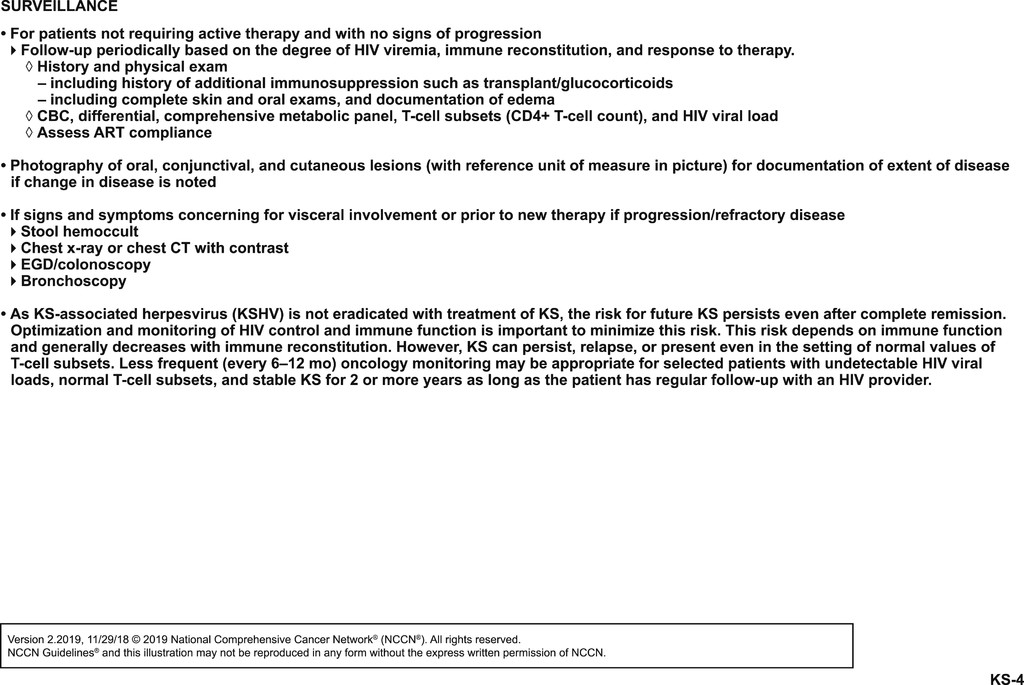 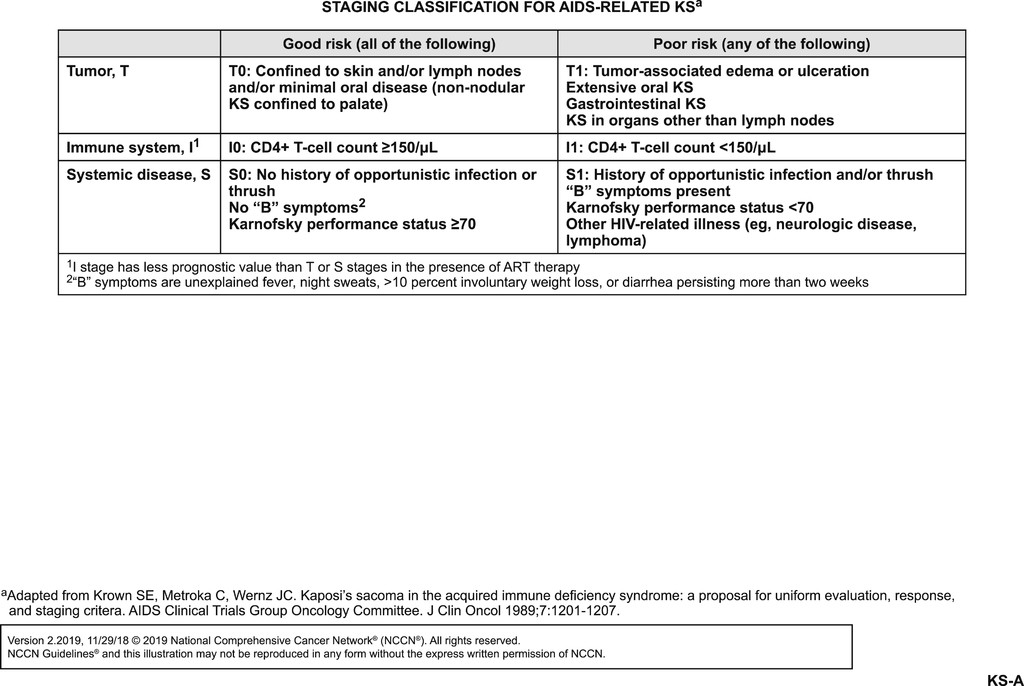 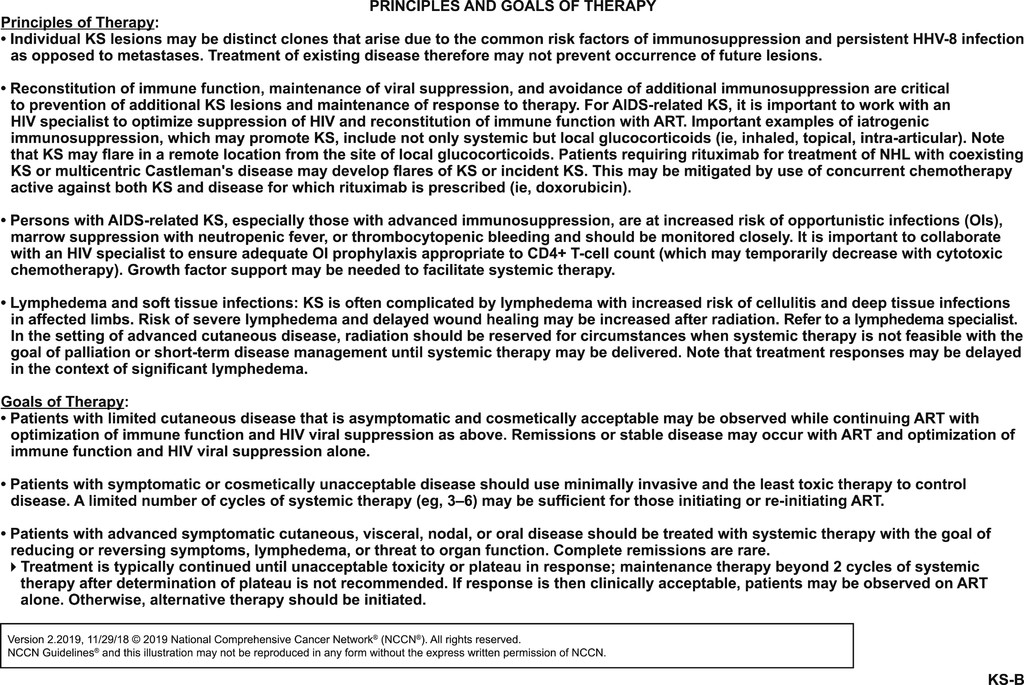 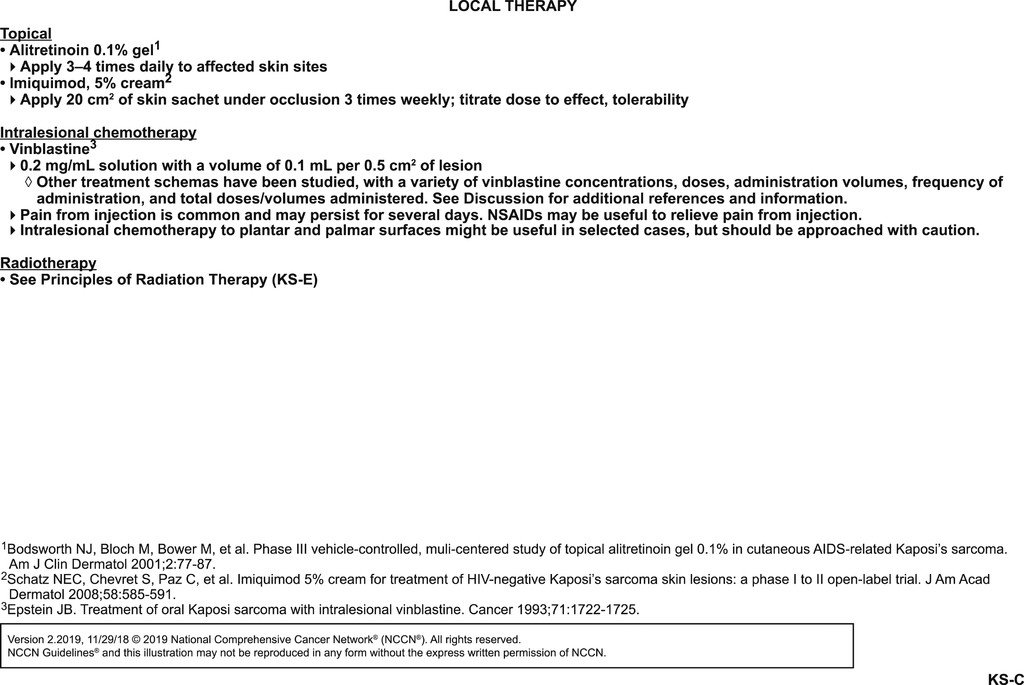 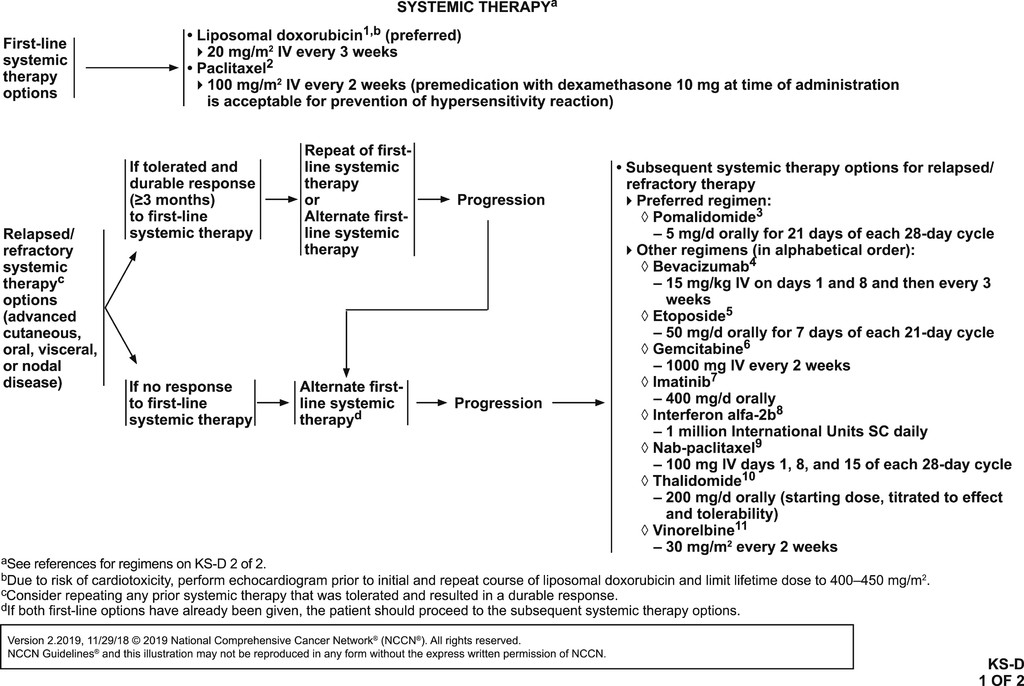 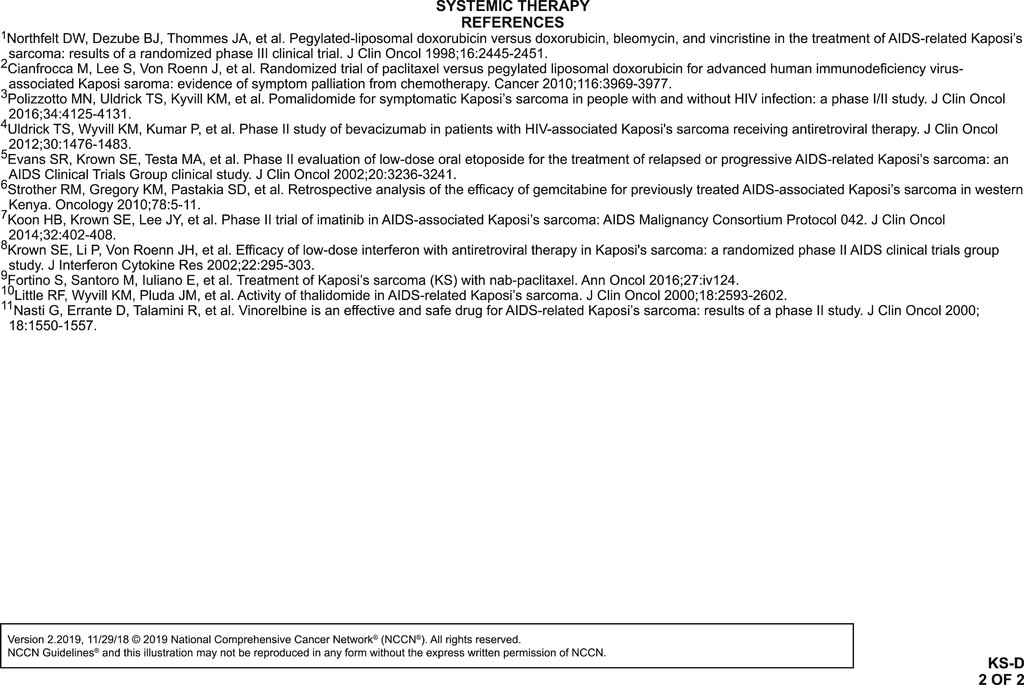 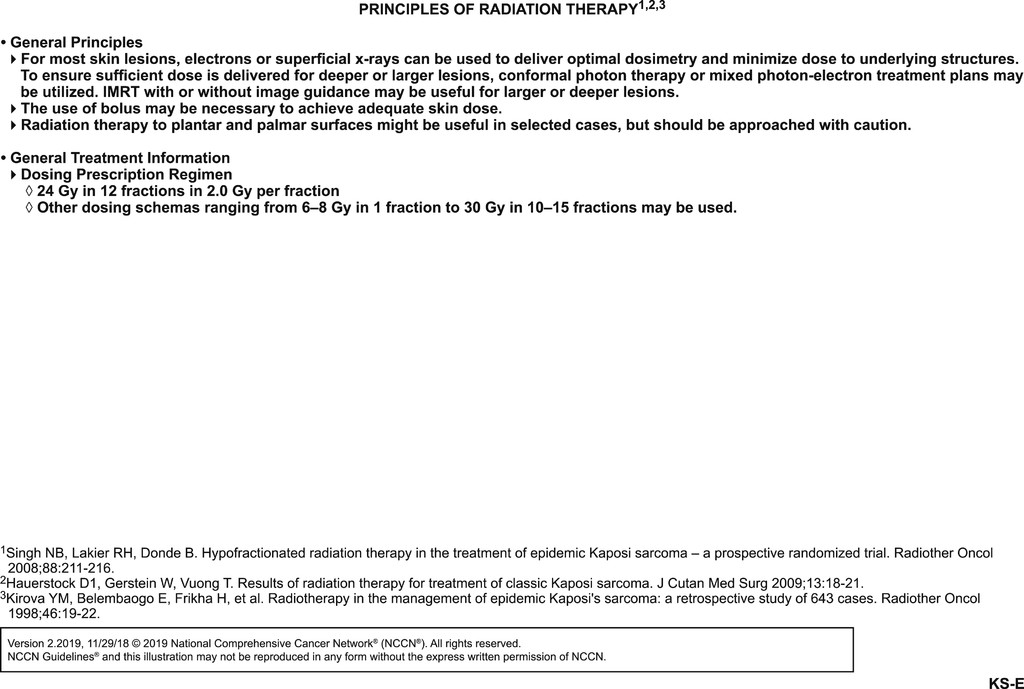 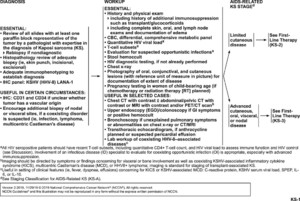 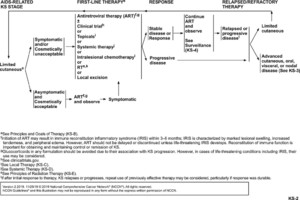 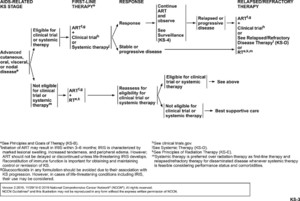 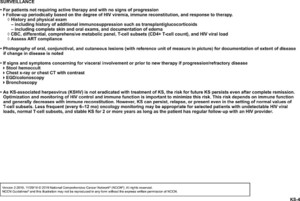 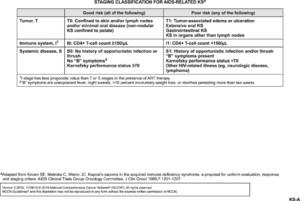 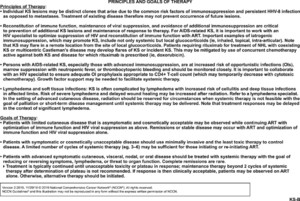 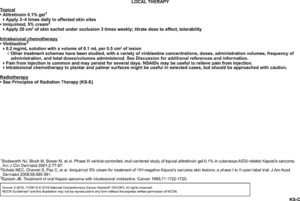 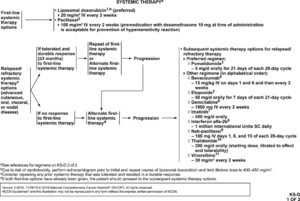 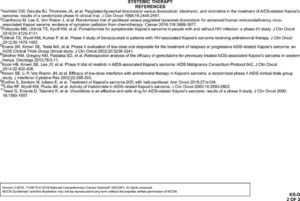 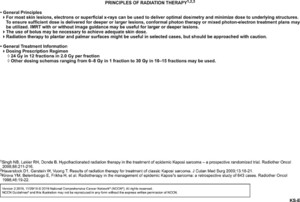