Background: This retrospective cohort study sought to characterize the accrual of patients with cancer into clinical trials at the time of diagnosis and analyze the impact of accrual on survival. Methods: The National Cancer Database (NCDB) was queried for patients enrolled in clinical trials at their initial course of treatment for 46 cancers from 2004 through 2015. Descriptive statistics were used to characterize the accrual of patients with cancer in clinical trials at diagnosis, and Kaplan-Meier graphical displays, log-rank tests, odds ratios, and stratified Cox proportional hazards models were used to analyze the impact of accrual on overall survival (OS). Strata were defined using 10 variables. Model-based adjusted survival curves of 2 groups were reverse-generated based on a Weibull distribution. Results: Of 12,097,681 patients in the NCDB, 11,576 (0.1%) were enrolled in trials. Patients in clinical trials typically had metastatic disease (30.9% vs 16.4%; P<.0001), were white (88.0% vs 84.8%; P<.0001), had private/managed care insurance (56.4% vs 41.8%; P<.0001), had fewer comorbidities (Charlson-Deyo score 0: 81.9% vs 75.7%; P<.0001, and Charlson-Deyo scores 1–3: 18.1% vs 24.3%; P<.0001) compared with those not in trials. At a median follow-up of 64 months, enrollment in a clinical trial was associated with improved OS in univariate and stratified analyses, with a median survival of 60.0 versus 52.5 months (hazard ratio, 0.876; 95% CI, 0.845–0.907; P<.0001). Stratified analysis with matched baseline characteristics between patients enrolled and not enrolled in a clinical trial showed superior OS at 5 years (95.0% vs 90.2%; P<.0001). Conclusions: Enrollment in clinical trials at first line of therapy in the United States is exceedingly low and favors young, healthy, white patients with metastatic disease and private insurance who are treated at academic medical centers. Patients with cancer treated in clinical trials live longer than those not treated in trials. 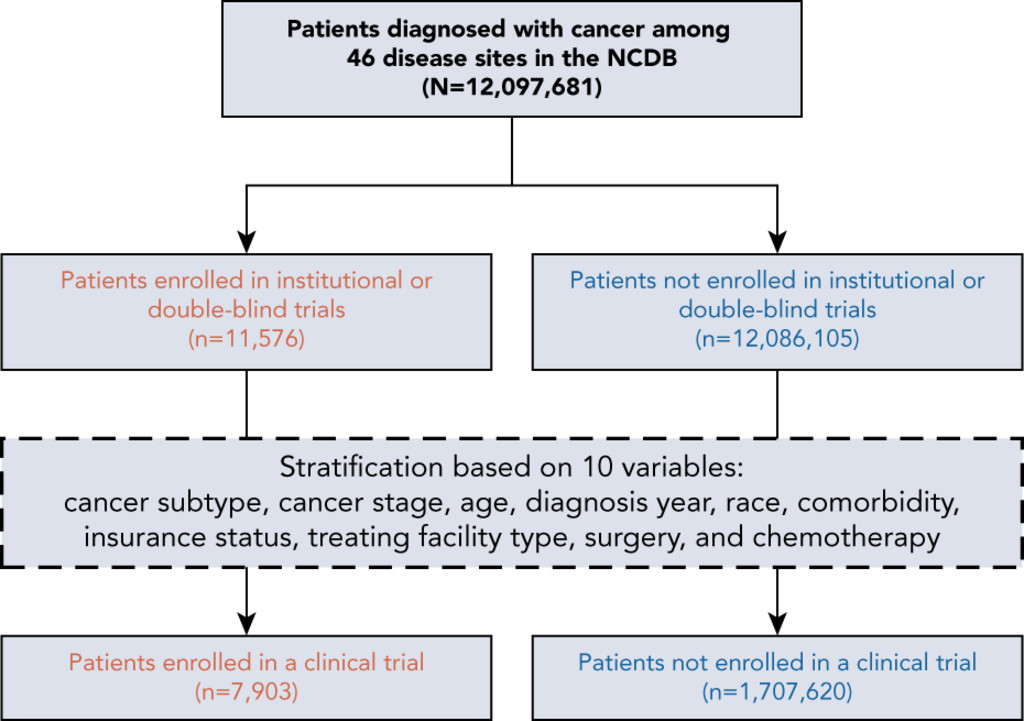 Patient groups included in analysis. First, 11,576 patients on trial and 12,086,105 patients not on trial were identified, and these were used to compute patient characteristics (Table 1). To perform the survival analysis of patients on clinical trial versus not on a clinical trial with a stratified approach (Figure 2), we included 7,903 versus 1,707,620 patients, respectively. 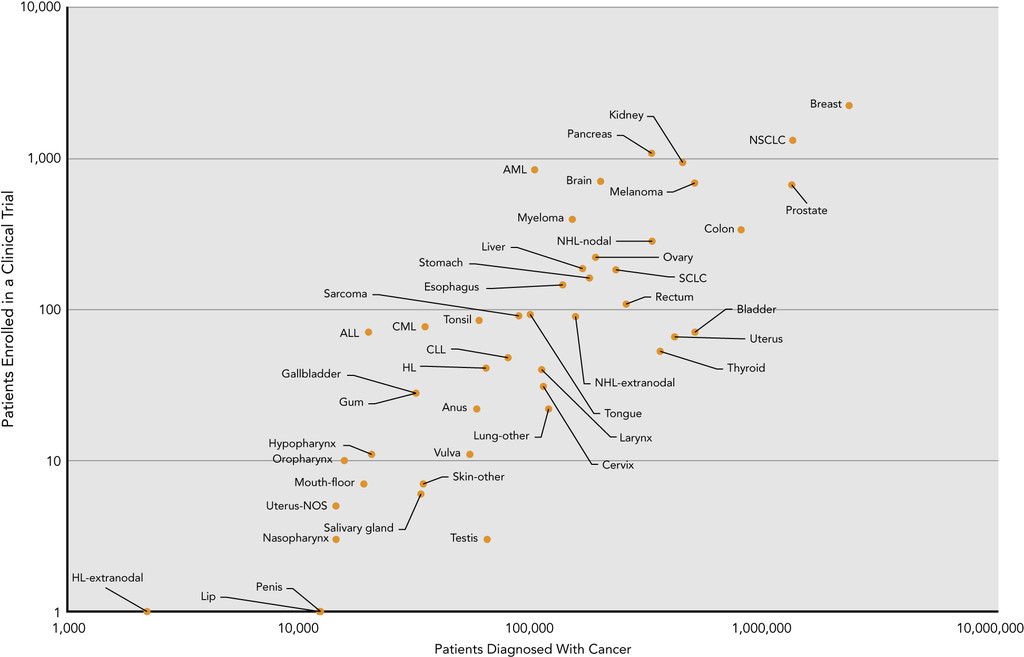 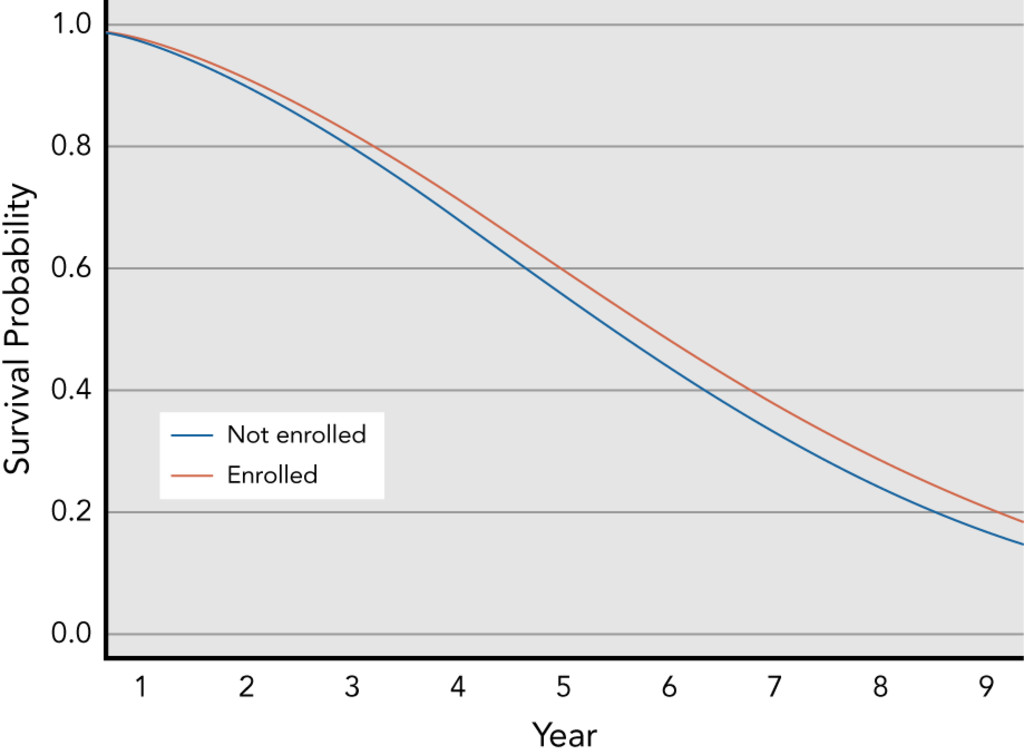 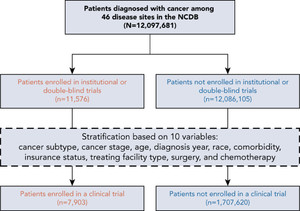 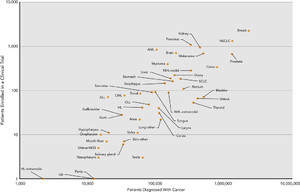 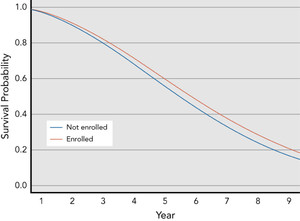