With so many recent advances in relapsed/refractory multiple myeloma, keeping abreast with current treatment recommendations can be challenging. Novel immunomodulators, proteasome inhibitors, monoclonal antibodies, histone deacetylase inhibitors, and nuclear export inhibitors have all been added to the armamentarium, and the choice of which of these drugs or drug combinations to use depends on individual disease-related and patient-related factors, previous therapies, and treatment toxicities. At the NCCN 2019 Annual Congress: Hematologic Malignancies, Dr. Jorge J. Castillo provided an overview of the myriad treatments available for patients with relapsed/refractory multiple myeloma, as well as therapies on the horizon. 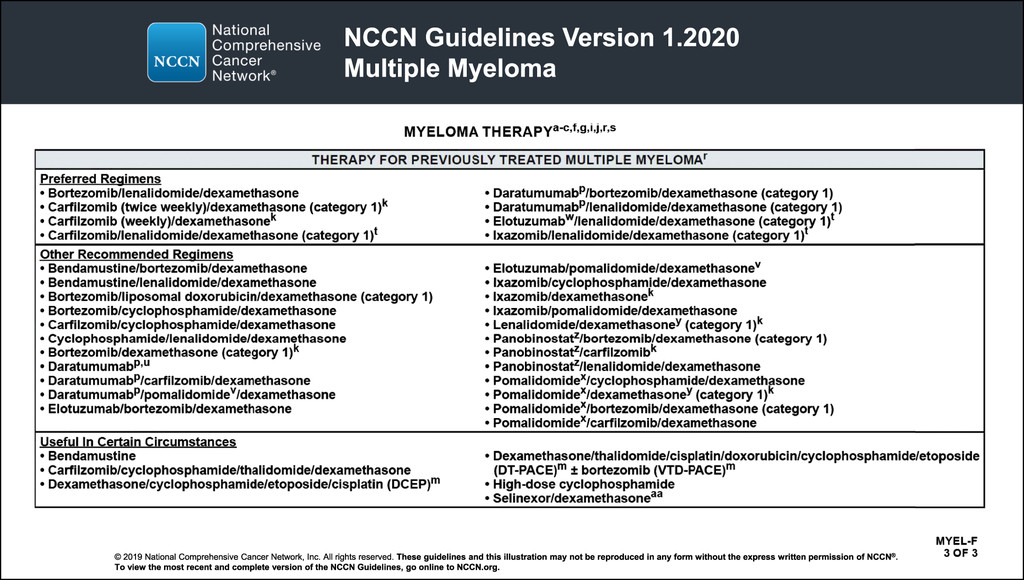 Therapy options for those who received prior therapy for multiple myeloma.

From the NCCN Clinical Practice Guidelines in Oncology for Multiple Myeloma. Version 1.2020. To view the most recent version, visit NCCN.org. 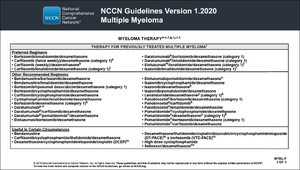