The Era of Therapeutic Biosimilars Has Arrived: What You Need to Know

Although complex, biologic agents are key components of modern therapy in multiple disciplines, particularly oncology. However, despite the fact that biosimilars (eg, filgrastim‐sndz, bevacizumab‐awwb, trastuzumab‐dkst, rituximab-abbs) have been approved in the United States, many clinicians are poorly informed about their unique pathway for approval. At the NCCN 2019 Annual Congress: Hematologic Malignancies, Dr. Andrew D. Zelenetz, Memorial Sloan Kettering Cancer Center, outlined important issues regarding the use of biosimilars, including extrapolation, interchangeability, and naming. 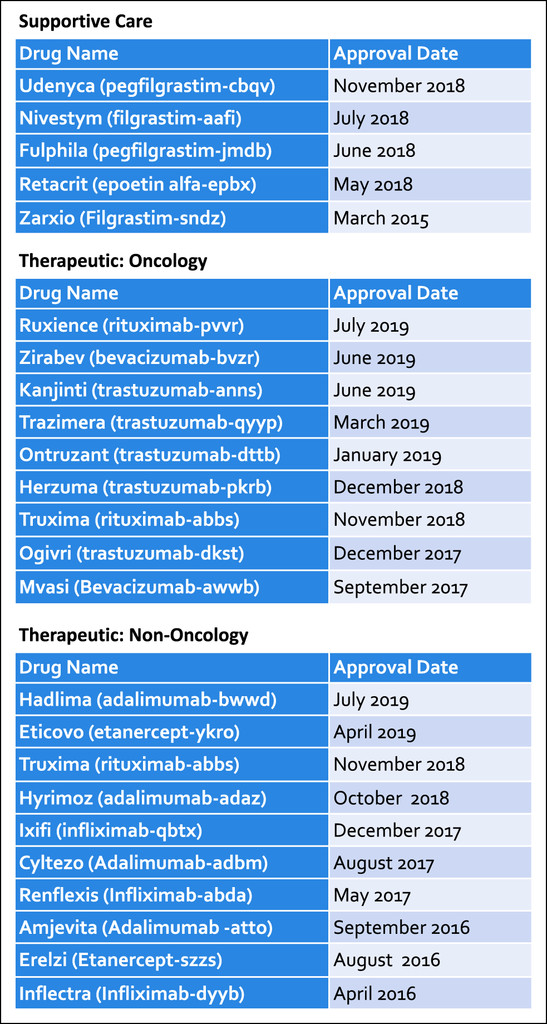 FDA-approved biosimilars as of July 2019.

Framework for extrapolation of biosimilars. Data from FDA2 and Weise et al.4 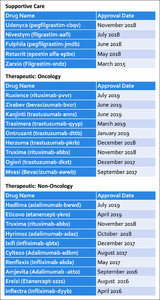