Background: This study sought to ascertain whether there is an association between prostate cancer (PC)–specific mortality (PCSM) and timing of salvage androgen deprivation therapy (ADT) among men with short versus long prostate-specific antigen doubling times (PSA-DTs). Methods: The study cohort was selected from 206 men with localized unfavorable-risk PC randomized to radiation therapy (RT) or RT plus 6 months of ADT between 1995 and 2001. A total of 54 men who received salvage ADT for PSA failure after a median follow-up of 18.72 years following randomization defined the study cohort. The Fine-Gray competing risks regression model was used to analyze whether the timing of salvage ADT was associated with an increased risk of PCSM after adjusting for age, comorbidity, known PC prognostic factors, and previously identified interactions. Results: After a median follow-up of 5.68 years (interquartile range, 3.05–9.56) following salvage ADT, 49 of the 54 men (91%) died, of which 27 from PC (54% of deaths). Increasing PSA-DT as a continuous covariate (per month increase) was associated with a decreasing risk of PCSM (adjusted hazard ratio [HR], 0.33; 95% CI, 0.13–0.82; P=.02). Among men with a long PSA-DT (≥6 months), initiating salvage ADT later (PSA level >12 ng/mL, upper quartile) versus earlier was associated with an increased risk of PCSM (adjusted HR, 8.84; 95% CI, 1.99–39.27; P=.004), whereas for those with a short PSA-DT (<6 months; adjusted HR, 1.16; 95% CI, 0.38–3.54; P=.79) this was not true. Conclusions: Early initiation of salvage ADT for post-RT PSA failure in men with a PSA-DT of ≥6 months may reduce the risk of PCSM. 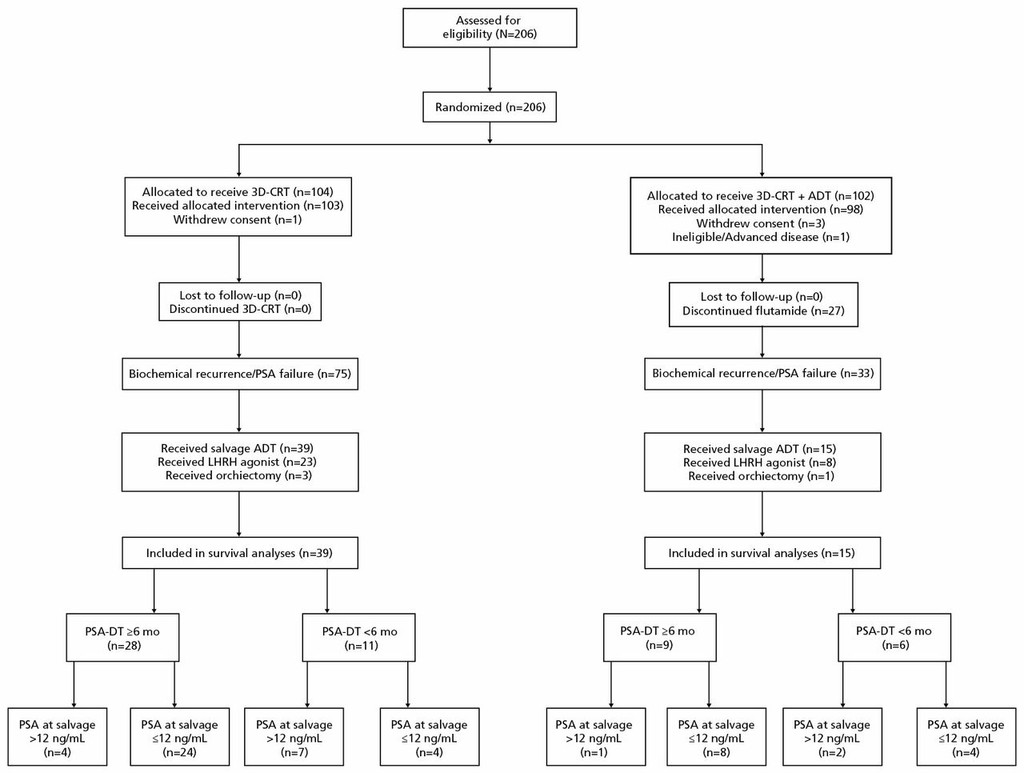 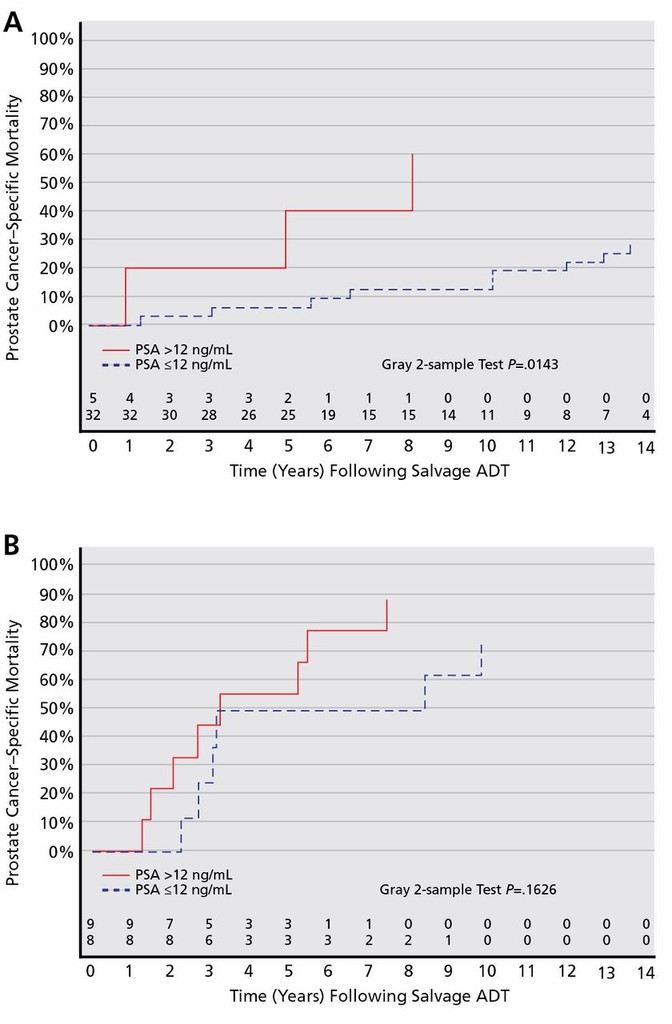 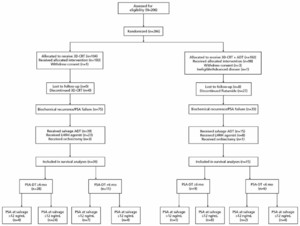 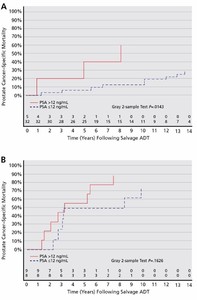