Estimates suggest that nearly 30% of patients diagnosed with chronic myeloid leukemia (CML) are aged <49 years, with approximately half being women. For many of these women, childbearing concerns are a major factor as they initiate treatment with tyrosine kinase inhibitors, which are known to be teratogenic. During her presentation at the NCCN 23rd Annual Conference, Dr. Berman identified the challenges in helping women undergoing treatment for CML who want to have children, and emphasized the importance of an individualized and multidisciplinary approach to management. In addition, she encouraged NCCN to create a pregnancy registry of this patient population to enable clinicians to collect firm data to guide clinical decision-making. 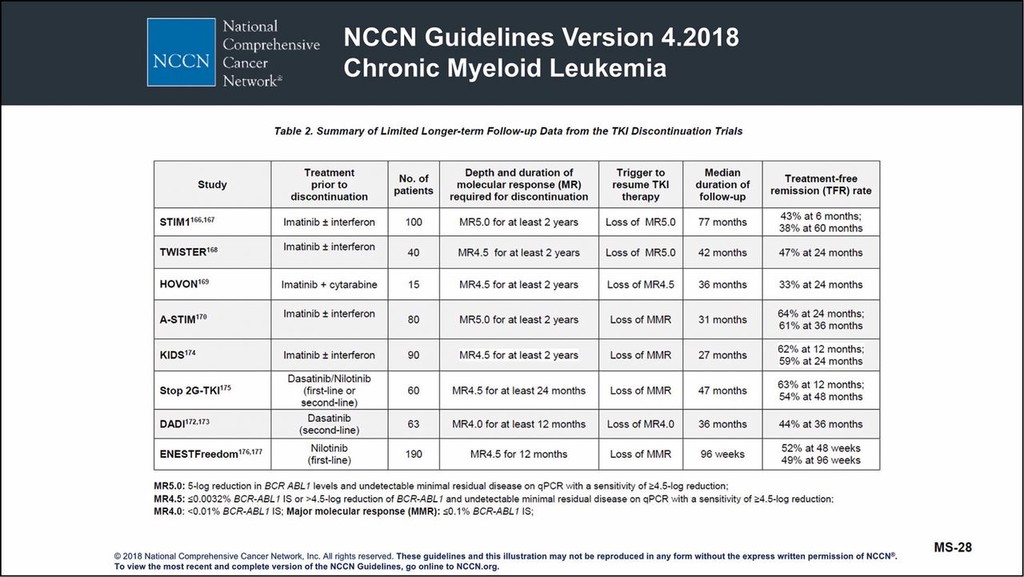 Summary of limited longer-term follow-up data from the TKI discontinuation trials from the NCCN Guidelines. 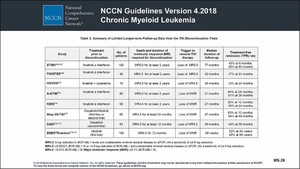