The emergence of CDK4/6 inhibitors has changed the treatment algorithm for advanced/metastatic estrogen receptor–positive breast cancer. In pivotal trials of palbociclib, ribociclib, and abemaciclib, doubling in progression-free survival has been seen. All 3 agents in this class are now included in the NCCN Guidelines for Breast Cancer, and clinicians should be incorporating these agents into their treatment algorithms. The other important issue in this breast cancer setting is extended duration of endocrine therapy. Most of the benefit is modest and toxicity is an issue; therefore, extended-duration endocrine therapy should be highly individualized. For triple-negative disease, platinum agents and PARP inhibitors are helping some patients, but immunotherapies and other novel classes of drugs now in development hold the promise of even better outcomes. In HER2-positive early-stage disease, dual HER2 blockade is of modest benefit, and extended treatment with neratinib may be a good option for some high-risk patients. 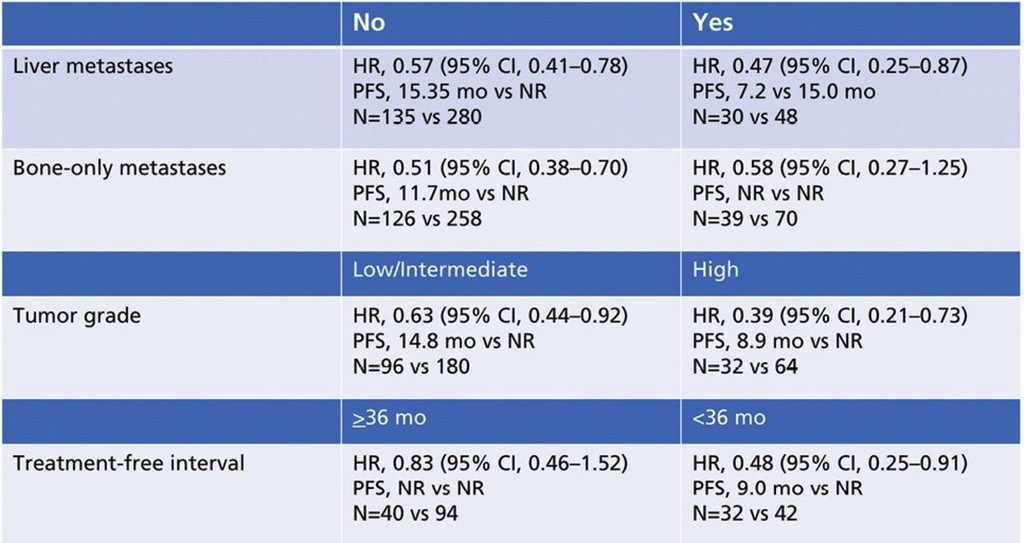 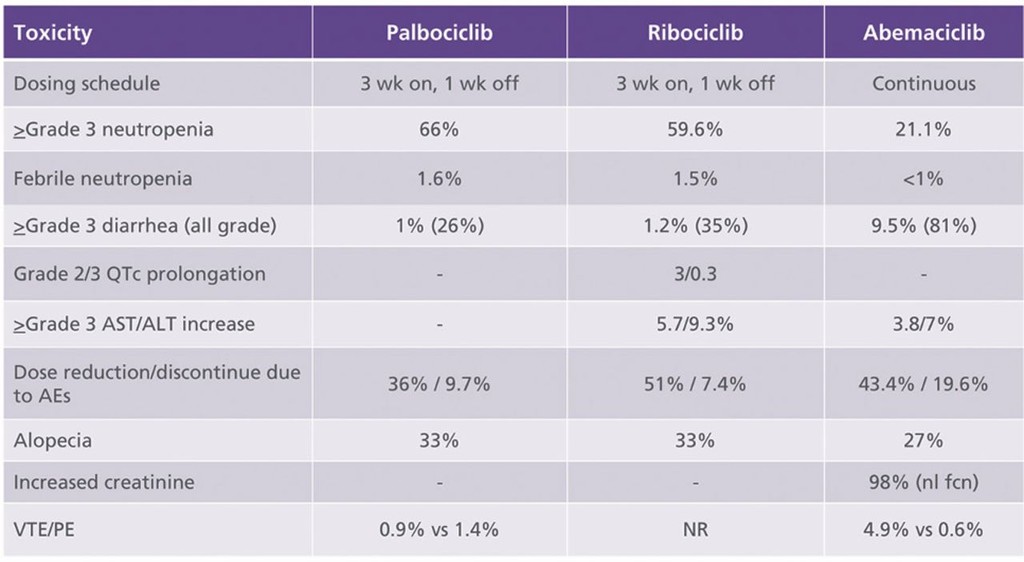 Differences in dosing and toxicity profiles of first-line treatment with palbociclib, ribociclib, and abemaciclib. 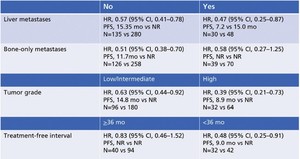 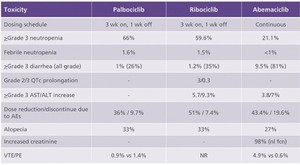