Since the emergence of HIV in the United States in the 1980s, cancer has been a part of the story. The good news is that antiretroviral therapy has improved survival for those living with HIV infection, with life expectancy now approaching that of uninfected people. Consequently, this patient population is living long enough to develop different types of cancer. At the 23rd NCCN Annual Conference, Gita Suneja, MD, MSHP, presented the debut of the new NCCN Guidelines for Cancer in People Living With HIV, discussing the intersection between cancer and HIV infection, the cancers most likely to develop in this group of patients, and the importance of oncologists working in conjunction with HIV specialists to render the most appropriate and individualized care. 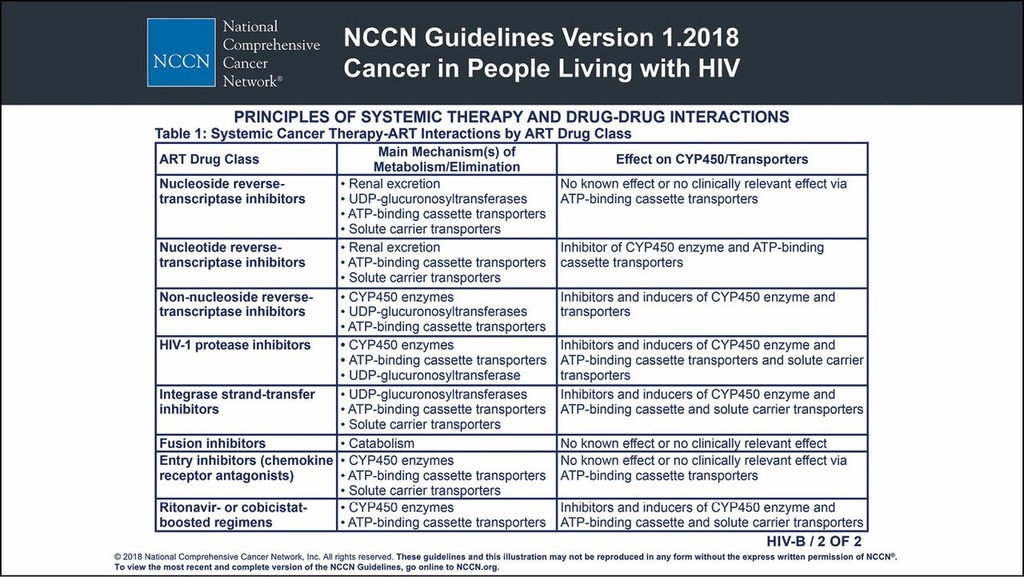 Principles of systemic therapy and drug–drug interactions table from the NCCN Guidelines for Cancer in People Living with HIV. 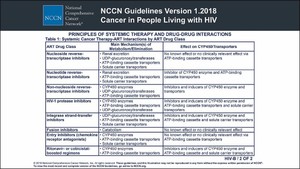