Adherence to Guidelines for Breast Surveillance in Breast Cancer Survivors

Background: Guidelines recommend annual mammography after curative-intent treatment for breast cancer. The goal of this study was to assess contemporary patterns of breast imaging after breast cancer treatment. Methods: Administrative claims data were used to identify privately insured and Medicare Advantage beneficiaries with nonmetastatic breast cancer who had residual breast tissue (not bilateral mastectomy) after breast surgery between January 2005 and May 2015. We calculated the proportion of patients who had a mammogram, MRI, both, or neither during each of 5 subsequent 13-month periods. Multinomial logistic regression was used to assess associations between patient characteristics, healthcare use, and breast imaging in the first and fifth years after surgery. Results: A total of 27,212 patients were followed for a median of 2.9 years (interquartile range, 1.8–4.6) after definitive breast cancer surgery. In year 1, 78% were screened using mammography alone, 1% using MRI alone, and 8% using both tests; 13% did not undergo either. By year 5, the proportion of the remaining cohort (n=4,790) who had no breast imaging was 19%. Older age was associated with an increased likelihood of mammography and a decreased likelihood of MRI during the first and fifth years. Black race, mastectomy, chemotherapy, and no MRI at baseline were all associated with a decreased likelihood of both types of imaging. Conclusions: Even in an insured cohort, a substantial proportion of breast cancer survivors do not undergo annual surveillance breast imaging, particularly as time passes. Understanding factors associated with imaging in cancer survivors may help improve adherence to survivorship care guidelines. 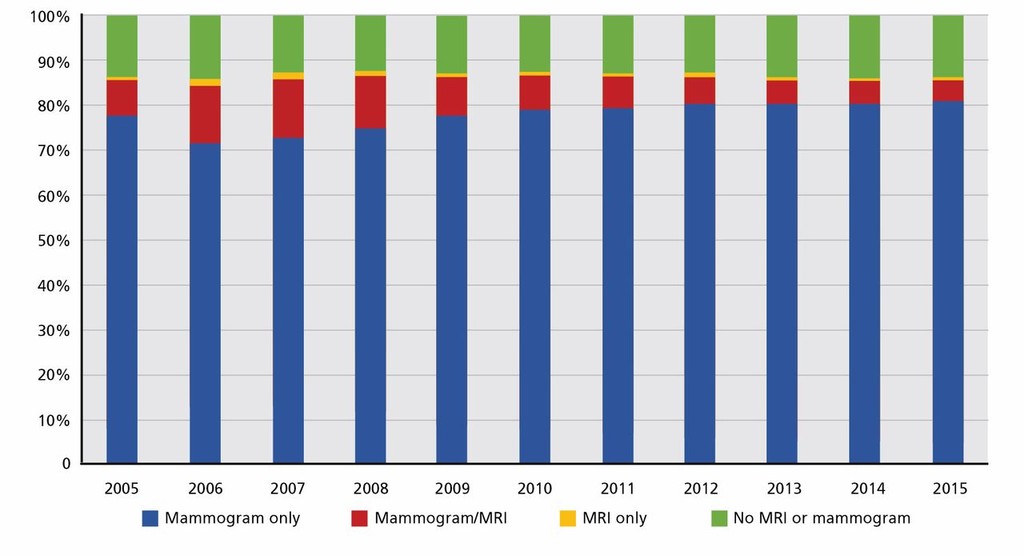 Percentage of patients who had each type of breast imaging by year of breast cancer surgery during their initial 13-month follow-up period. 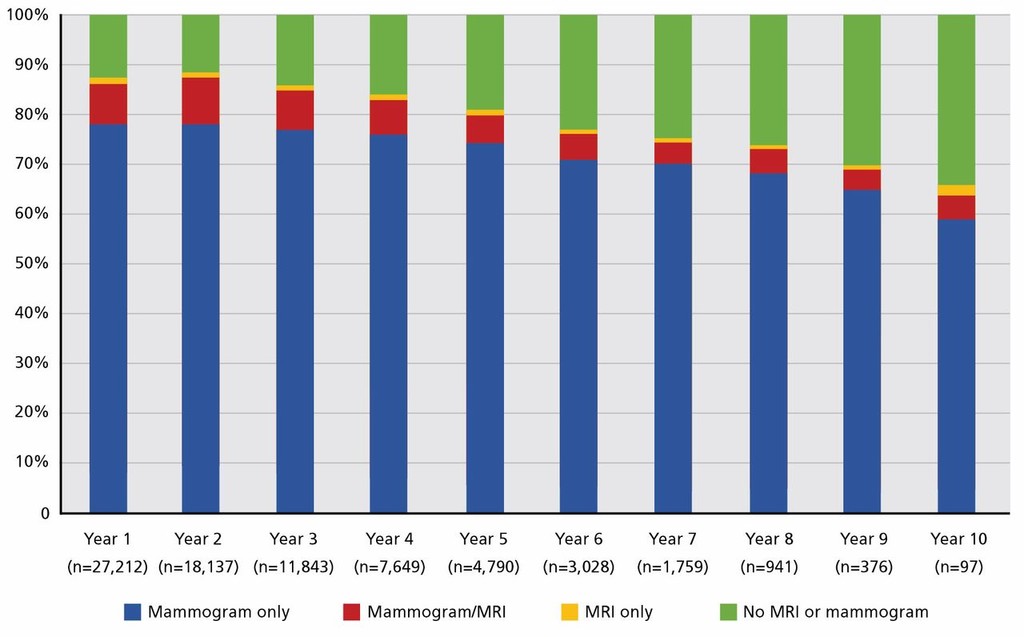 Percentage of patients who had each type of breast imaging by year of follow-up after initial breast cancer surgery. 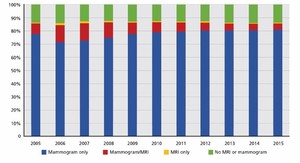 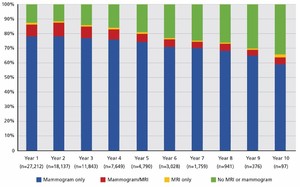