Background: This review assessed the performance of patients in NCCN high-risk group 2 in a clinical CT lung screening (CTLS) program. Methods: We retrospectively reviewed screening results for all patients from our institution undergoing clinical CTLS from January 2012 through December 2016, with follow-up through June 2017. To qualify for screening, patients had to meet the NCCN Guidelines high-risk criteria for CTLS, have a physician order for screening, be asymptomatic, be lung cancer–free for 5 years, and have no known metastatic disease. We compared demographics and screening performance of NCCN high-risk groups 1 and 2 across >4 rounds of screening. Screening metrics assessed included rates of positive and suspicious examinations, significant incidental and infectious/inflammatory findings, false negatives, and cancer detection. We also compared cancer stage and histology detected in each NCCN high-risk group. Results: A total of 2,927 individuals underwent baseline screening, of which 698 (24%) were in NCCN group 2. On average, group 2 patients were younger (60.6 vs 63.1 years), smoked less (38.8 vs 50.8 pack-years), had quit longer (18.1 vs 6.3 years), and were more often former smokers (61.4% vs 44.2%). Positive and suspicious examination rates, false negatives, and rates of infectious/inflammatory findings were equivalent in groups 1 and 2 across all rounds of screening. An increased rate of cancer detection was observed in group 2 during the second annual (T2) screening round (2.7% vs 0.5%; P=.005), with no difference in the other screening rounds: baseline (T0; 2% vs 2.3%; P=.61), first annual (T1; 1.2% vs 1.7%; P=.41), and third annual and beyond (≥T3; 1.2% vs 1.1%; P=1.00). Conclusions: CTLS appears to be equally effective in both NCCN high-risk groups. 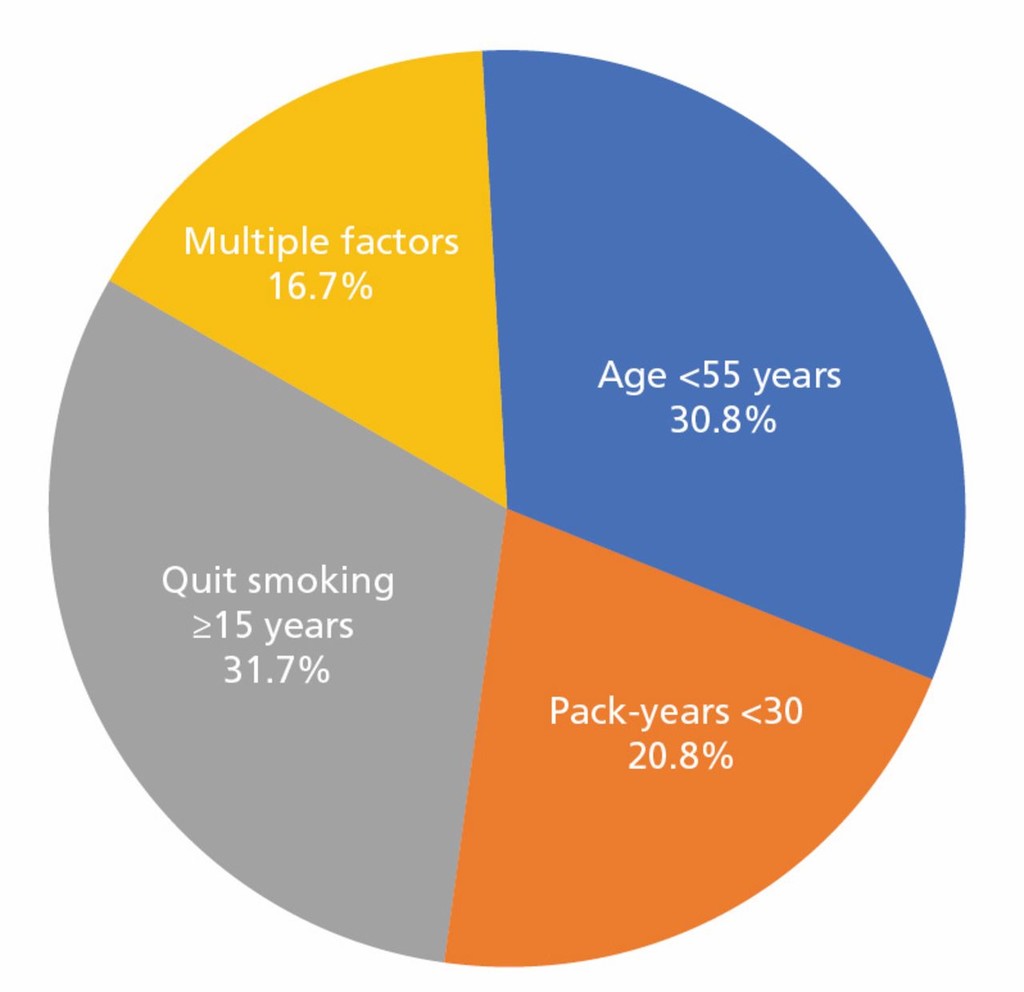 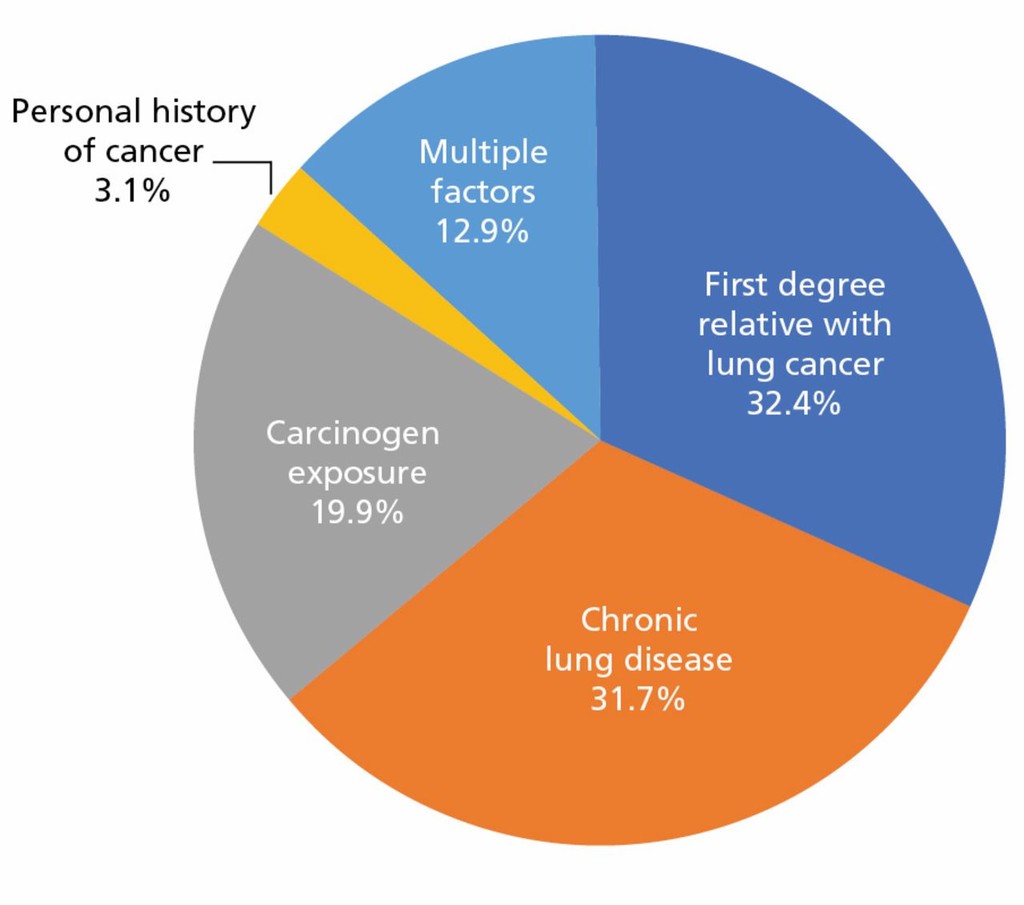 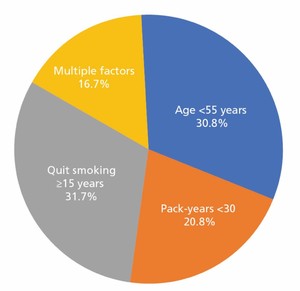 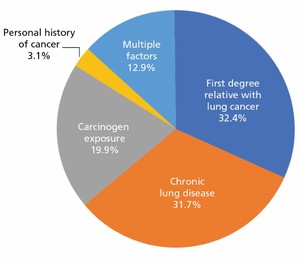