Ductal carcinoma in situ (DCIS) of the breast represents a heterogeneous group of neoplastic lesions in the breast ducts. The goal for management of DCIS is to prevent the development of invasive breast cancer. This manuscript focuses on the NCCN Guidelines Panel recommendations for the workup, primary treatment, risk reduction strategies, and surveillance specific to DCIS. 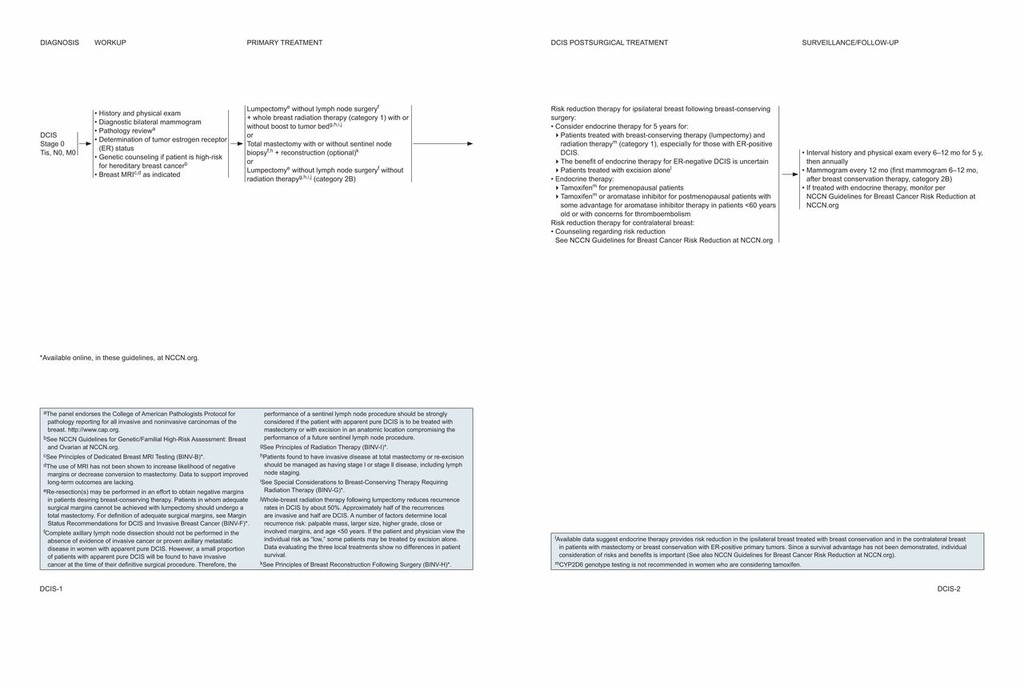 Version 4.2017 02-07-18 ©2018 National Comprehensive Cancer Network, Inc. All rights reserved. The NCCN Guidelines® and this illustration may not be reproduced in any form without the express written permission of NCCN®. 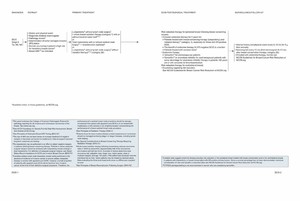