Endometrial cancers are the most common gynecologic malignancies. The staging of endometrial cancer has evolved from a clinical-based system to a comprehensive surgical-pathologic approach that allows for better risk stratification and treatment planning. Over the past few years, use of NCCN's sentinel lymph node (SLN) mapping algorithm for the surgical staging of endometrial cancer has gained significant acceptance and is now commonly applied in many practices. However, pathologic evaluation of prognostic factors is beset by challenges, including the reproducibility of histologic classification and FIGO's grading, as well as the questionable clinical significance of low-volume tumor in SLNs. With the revelation of major genomic classes of endometrial cancer comes the potential for improved, reproducible, and prognostically relevant classification schemes, which integrate traditional pathologic parameters with genomic findings, to aid in treatment decisions. Pathologic identification of new variants of endometrial cancer, such as undifferentiated carcinoma, continues to advance the phenotypic spectrum of these tumors, spurring genomic and functional studies to further characterize their mechanistic underpinnings and potentially reveal new avenues for treatment. In the era of precision medicine, pathologic assessment of biomarkers (eg, mismatch repair proteins) and recognition of phenotypes that are amenable to specific targeted therapies (such as POLE-mutated tumors) have become integral to the management of women with endometrial carcinoma. 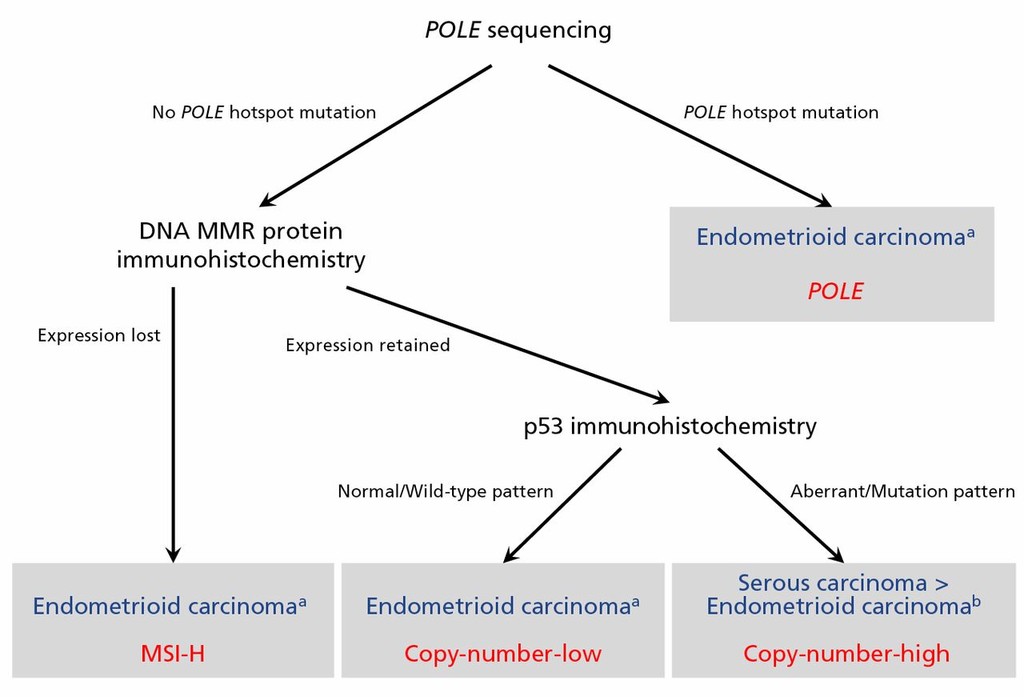 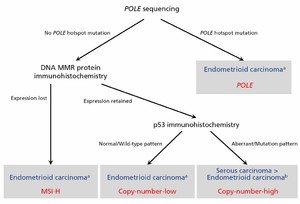