Background: For trials to validly evaluate new treatments, comparison against the best existing alternative treatment is essential. We reviewed the care provided to women in control arms of breast cancer clinical trials to estimate the proportion consistent with the standard of care as defined in clinical guidelines. Methods: We analyzed phase III randomized controlled breast cancer trials comparing drug treatments with “standard care,” enrolling between 2004 and 2014, and registered on ClinicalTrials.gov. Our primary outcome was the proportion of trials in which treatment in the control arm was consistent with concurrent NCCN Guidelines. A secondary analysis assessed trials recruiting outside the United States that provided control group therapy not consistent with NCCN Guidelines, comparing them with the German Gynecological Oncology Group (AGO) guidelines. We assessed associations between the primary outcome and a priori selected trial characteristics. Results: This study included 210 trials that recruited 229,182 women worldwide; 29% of trials (60/210) did not provide control group treatment that was consistent with NCCN Guidelines. For trials not recruiting in the United States, results were similar; in 21% of trials, control arm treatment was inconsistent with both AGO and NCCN Guidelines. Factors significantly associated with offering control arm treatment that were inconsistent with guidelines were time period (later trials were less likely to be consistent), breast cancer stage and type (trials in early-stage breast cancer and estrogen receptor–negative disease were less likely consistent), and recruitment in ≥4 countries and recruitment outside the United States. Conclusions: To ensure that clinical trials achieve their goal of obtaining the best information to guide patient treatment, the question of how investigators chose and describe “standard care” for control arm participants warrants further investigation. 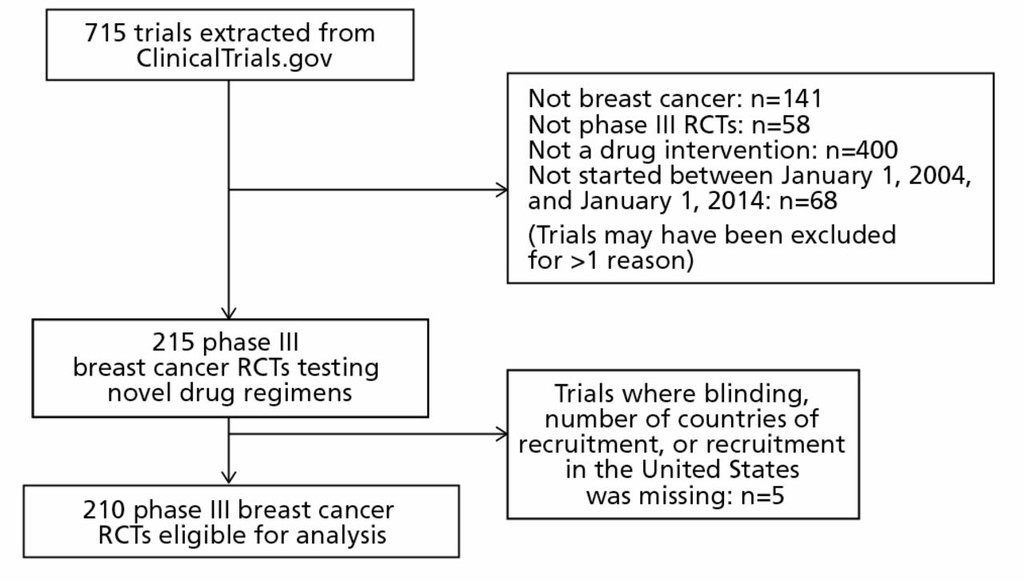 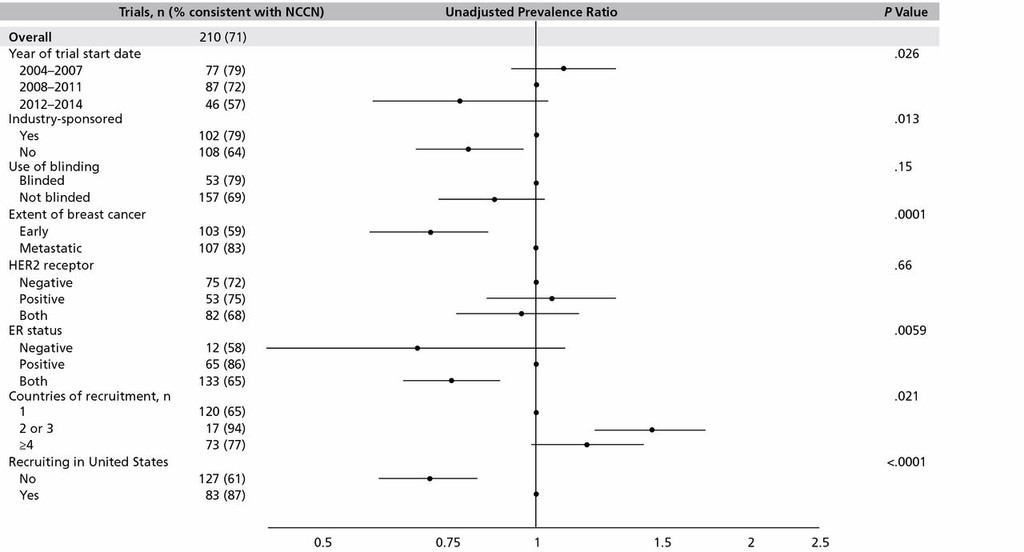 Association between trial characteristics and whether the control arm of randomized breast cancer trials is standard of care (n=210), demonstrating unadjusted prevalence ratios. 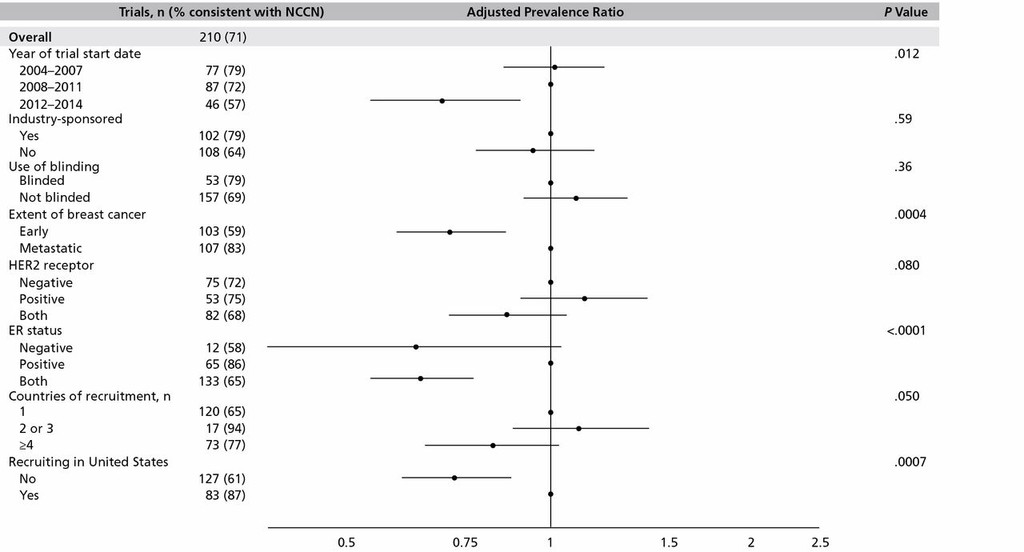 Association between trial characteristics and whether the control arm of randomized breast cancer trials is standard of care (n=210), demonstrating adjusted prevalence ratios. 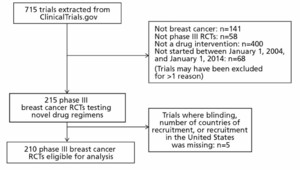 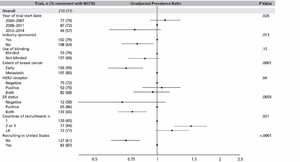 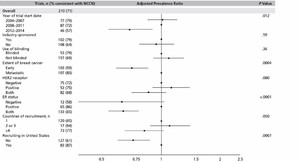