Background: After completing 5 years of adjuvant tamoxifen, women with estrogen receptor (ER)–positive breast cancer benefit from 5 more years of endocrine therapy, either with tamoxifen or an aromatase inhibitor (AI). For premenopausal women, ovarian ablation (OA) would be required before starting an AI (OA/AI). According to the SOFT/TEXT studies, OA/AI improves 5-year disease-free survival compared with tamoxifen alone, suggesting that OA/AI could be superior to tamoxifen as extended endocrine therapy. The long-term costs and consequences of premature menopause from OA are unknown, but could be estimated through a cost-effectiveness analysis. Methods: A Markov chain Monte Carlo simulation model estimated the costs and benefits of 3 extended endocrine strategies in a hypothetical cohort of premenopausal women with ER-positive early breast cancer: (1) no further treatment; (2) tamoxifen for 5 years (extended tamoxifen); or (3) OA/AI for 5 years. Effectiveness was measured in years of life expectancy gain. Sensitivity analyses accounted for uncertainty surrounding various parameters. Monte Carlo simulation estimated the number of adverse events and deaths from each strategy in the US population over a 40-year period. Results: Extended tamoxifen yielded a higher average life expectancy gain than OA/AI (17.31 vs 17.06 years) at lower average cost ($3,550 vs $14,312). For 18,000 premenopausal ER-positive women, the simulation estimated 13,236, 12,557, and 11,338 deaths with no further treatment, extended tamoxifen, and OA/AI, respectively, but an additional 1,897 deaths from OA, for a total of 13,235 deaths associated with OA/AI. After 24.6 years of follow-up, more women are expected to die from OA/AI than extended tamoxifen. Conclusions: For premenopausal women with ER-positive cancer who have completed adjuvant tamoxifen, another 5 years of tamoxifen is the preferable extended endocrine strategy. The potential long-term health consequences of OA could affect overall survival when it precedes the use of an AI. 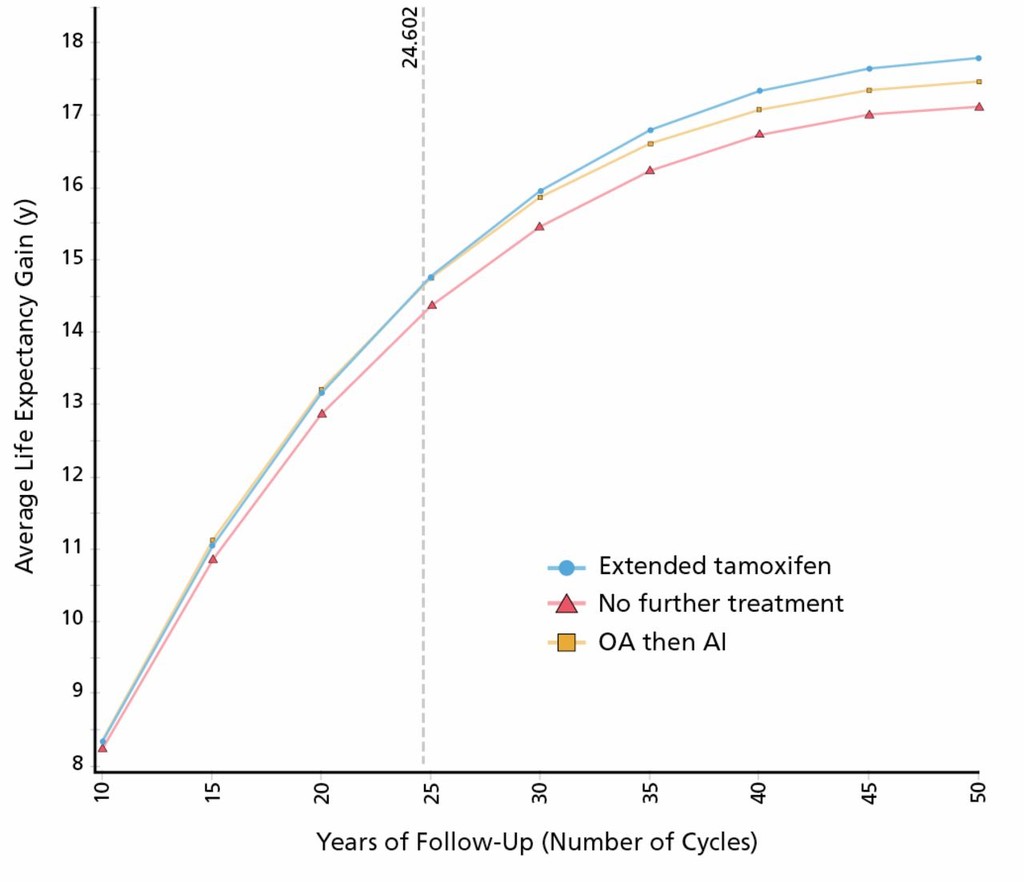 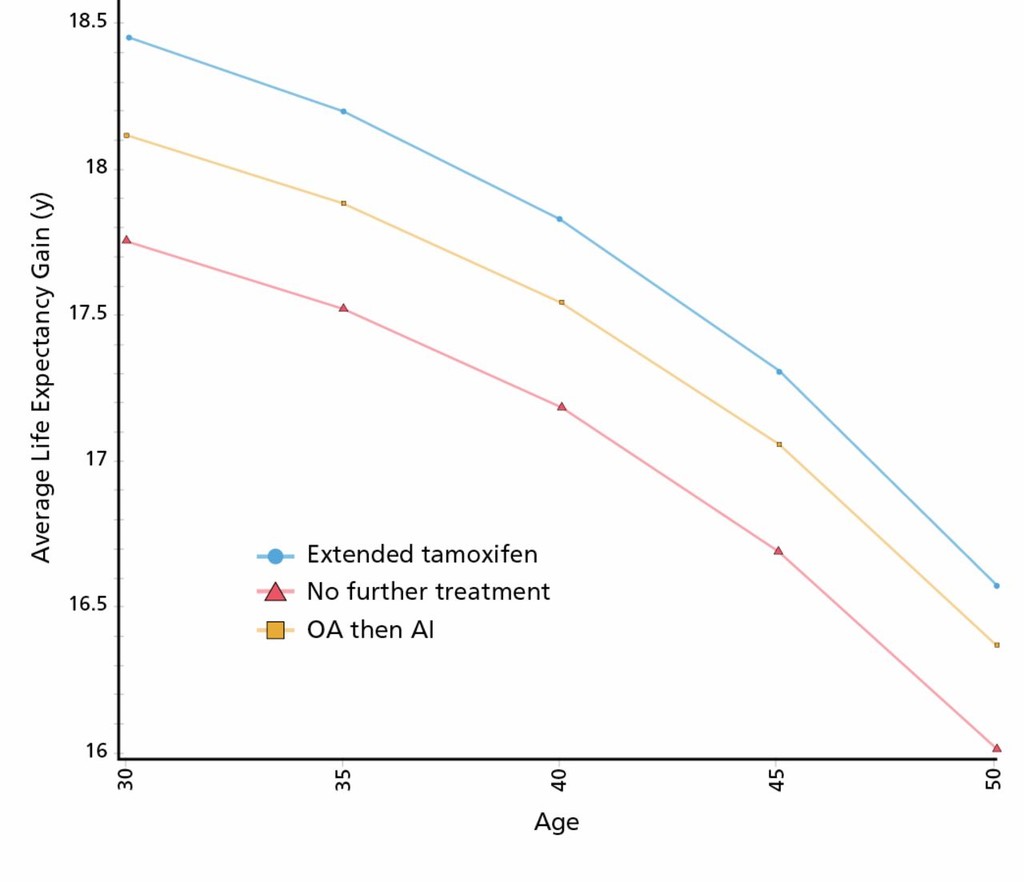 One-way sensitivity analysis of the age at diagnosis. 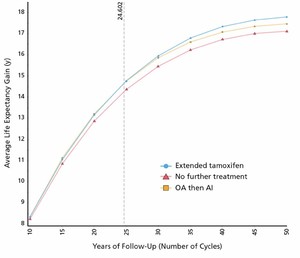 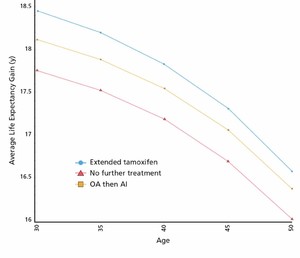