In 2017, immunotherapy is the standard of care for patients with non–small cell lung cancer (NSCLC) either in the first or second line depending on programmed death ligand-1 (PD-L1) and mutation status. For first-line therapy, pembrolizumab is currently the standard of care for patients whose tumors express PD-L1 >50%. All patients with NSCLC should undergo PD-L1 testing before initiating treatment on pembrolizumab. For patients not eligible in the first line, immunotherapy is the standard of care for most in the second line. Nivolumab and atezolizumab are approved in all patients as second-line therapies after platinum-based doublet failure regardless PD-L1 expression level, although pembrolizumab is approved as second-line therapy for those whose tumors express PD-L1 >1%. 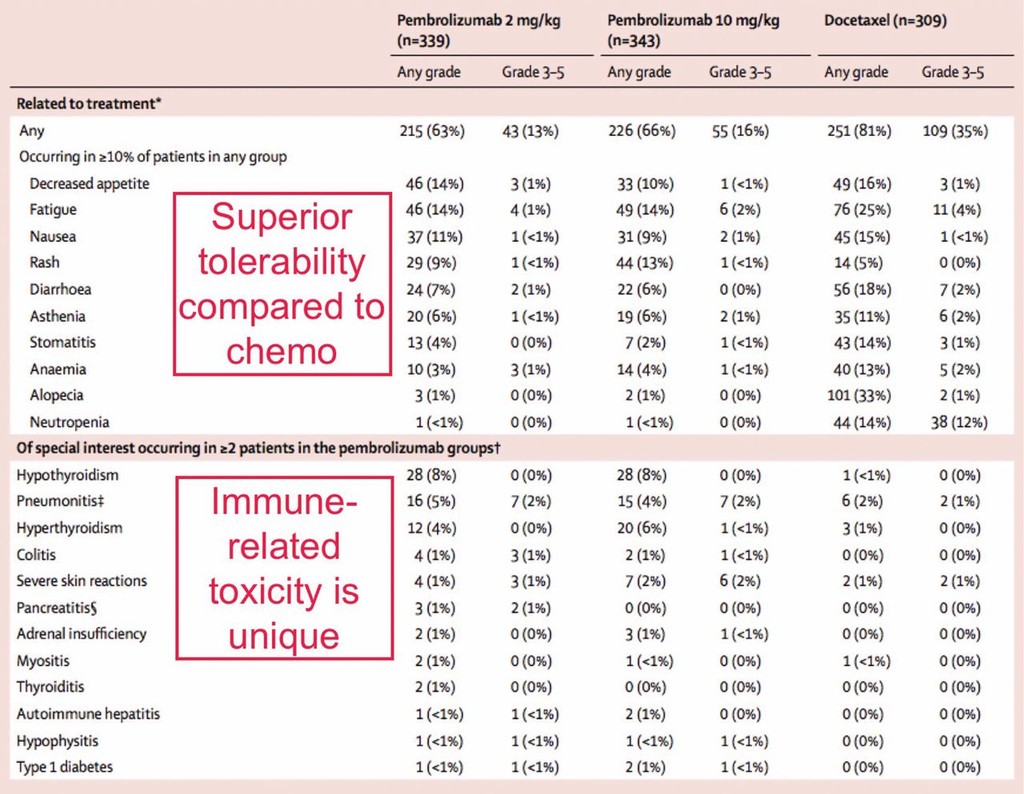 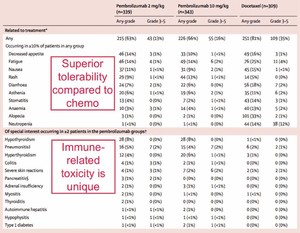