Pancreatic ductal adenocarcinoma (PDAC) is one of the most lethal cancers, with a 5-year survival of 8%. Current therapeutic regimens are largely ineffective and underscore the need for novel treatment strategies. Chromosomal rearrangements involving the anaplastic lymphoma kinase (ALK) gene have been identified in several neoplasms. In addition, ALK protein inhibitors have proven efficacy in patients with ALK-rearranged tumors. However, ALK translocations in PDAC have not been described. Through comprehensive genomic profiling of 3,170 PDACs, we identified 5 cases (0.16%) that harbored an ALK fusion gene: an exon 6 EML4–exon 20 ALK translocation (n=3), an exon 13 EML4–exon 20 ALK translocation (n=1), and an exon 3 STRN–exon 20 ALK translocation (n=1). Among the most prevalent PDAC-related genes, activating KRAS mutations were absent in all 5 cases, who were <50 years of age. Among patients aged <50 years in our study cohort, ALK translocations constituted 1.3% of PDACs. Four of 5 patients were treated with an ALK inhibitor, and 3 of these patients demonstrated stable disease, radiographic response, and/or normalization of serum CA 19-9. Although rare, ALK fusions occur in PDAC, and screening for ALK rearrangements should be considered in young patients with PDAC. 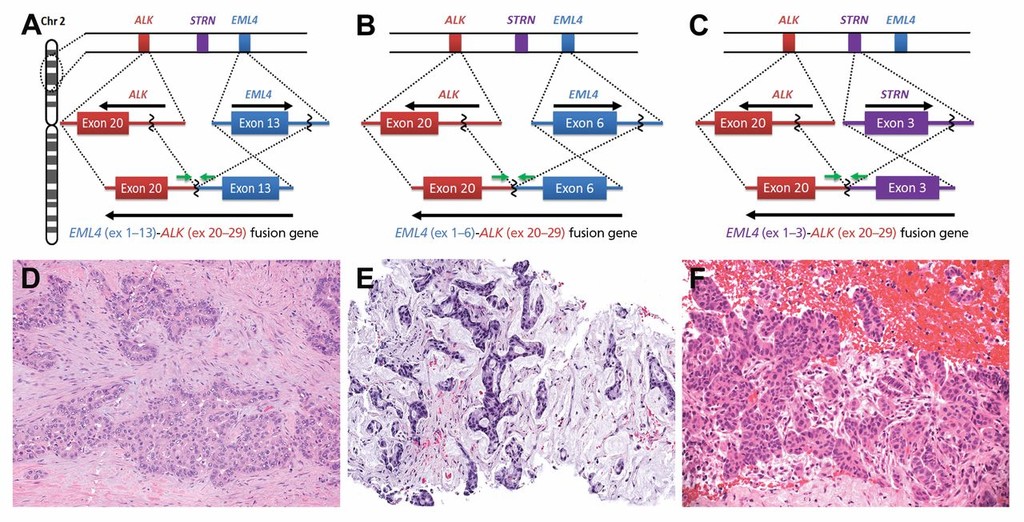 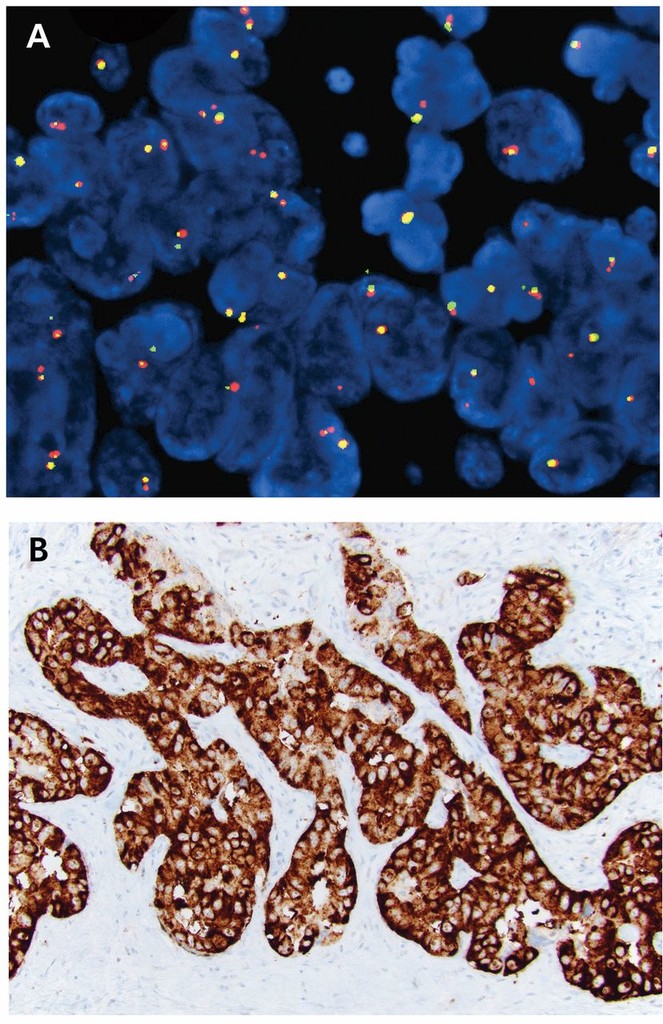 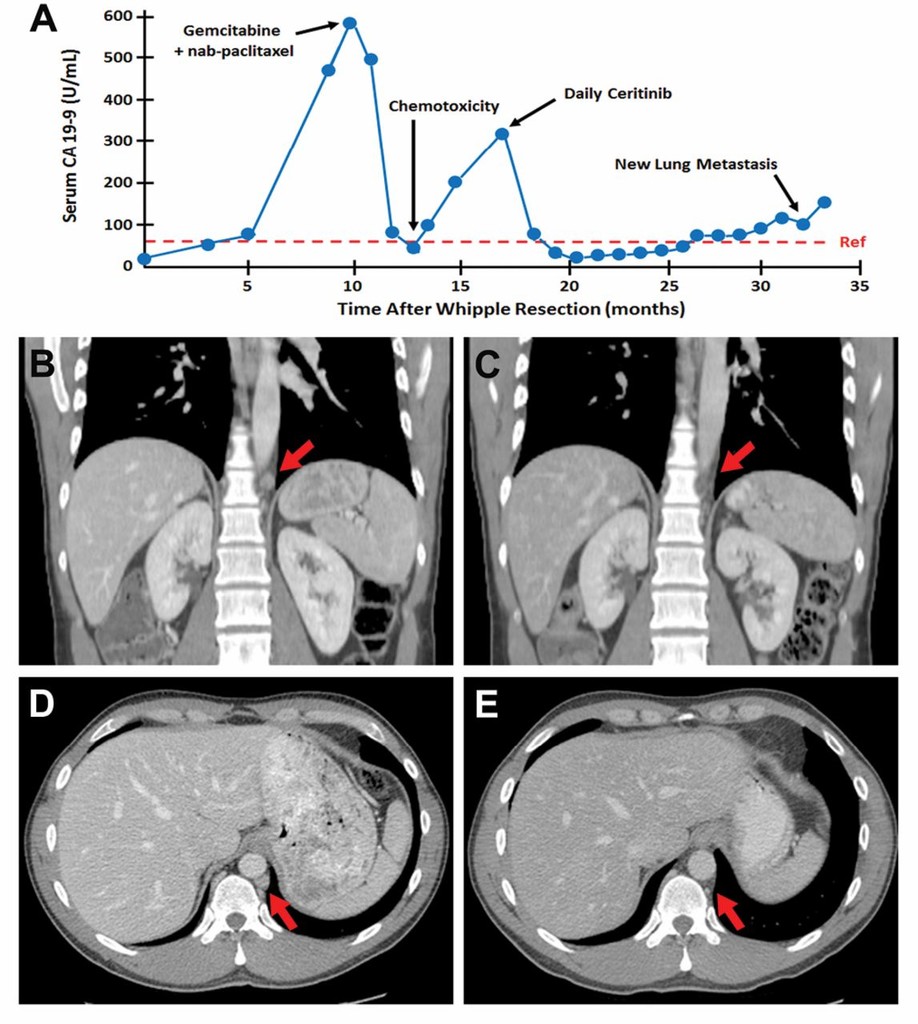 The clinical and treatment course of Case 1 after Whipple (classic pancreaticoduodenectomy) resection. (A) An increase in serum CA 19-9 levels was associated with disease recurrence and the disease initially responded to gemcitabine and nab-paclitaxel. The patient soon developed chemotoxicity, which necessitated cessation of therapy. On identification of an exon 13 EML4–exon 20 ALK translocation, daily ceritinib alone was started and a decrease in serum CA 19-9 levels was observed shortly thereafter. However, the patient's serum CA 19-9 levels slowly increased over the next several months with the development of a new lung metastasis. (B, D) Before ceritinib treatment, CT scan for Case 1 showed an enlarged posterior mediastinal lymph node (red arrow). (C, E) Within 2 months of treatment, a repeat CT scan showed resolution of the patient's posterior mediastinal lymph node (red arrow). 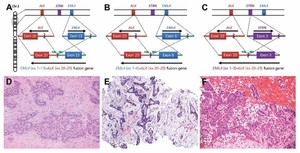 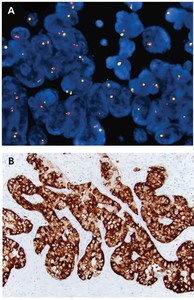 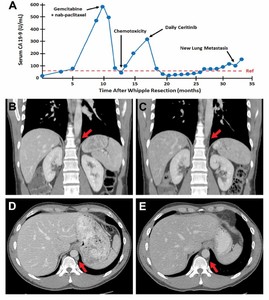