Background: Patients with cancer are at high risk for severe sepsis and septic shock (SS/SSh), and a delay in receiving effective antibiotics is strongly associated with mortality. Delays are due to logistics of clinic flow and drug delivery. In an era of increasing antimicrobial resistance, combination therapy may be superior to monotherapy for patients with SS/SSh. Patients and Methods: At the Seattle Cancer Care Alliance, we implemented the Sepsis STAT Pack (SSP) program to simplify timely and effective provision of empiric antibiotics and other resuscitative care to outpatients with cancer with suspected SS/SSh before hospitalization. Over a 49-month period from January 1, 2008, through January 31, 2012, a total of 162 outpatients with cancer received the intervention. A retrospective cohort study was conducted to determine outcomes, including mortality and adverse events associated with the use of a novel care bundle designed for compatibility of broad-spectrum antibiotics and other supportive care administered concurrently via rapid infusion at fixed doses. Results: Of 162 sequential patients with cancer and suspected SS/SSh who received the SSP, 71 (44%) were diagnosed with SS/SSh. Median age was 53 years and 65% were men; 141 (87%) had hematologic malignancies, 77 (48%) were transplant recipients, and 80 (49%) were neutropenic. Median time to completion of antibiotics was 111 minutes (interquartile range, 60–178 minutes). A total of 71 patients (44%) had bacteremia and 17% of 93 isolates were multidrug-resistant. Possibly related nephrotoxicity occurred in 7 patients, and 30-day mortality occured in 6 of 160 patients (4%), including 3 of 71 (4%) with SS/SSh. Risk of developing SSh or death within 30 days increased 18% (95% CI, 4%–34%) for each hour delay to completion of antibiotics (P=.01). Conclusions: Rapidly administered combination antibiotics and supportive care delivered emergently to ambulatory patients with cancer with suspected SS/SSh was well-tolerated and associated with excellent short-term survival. 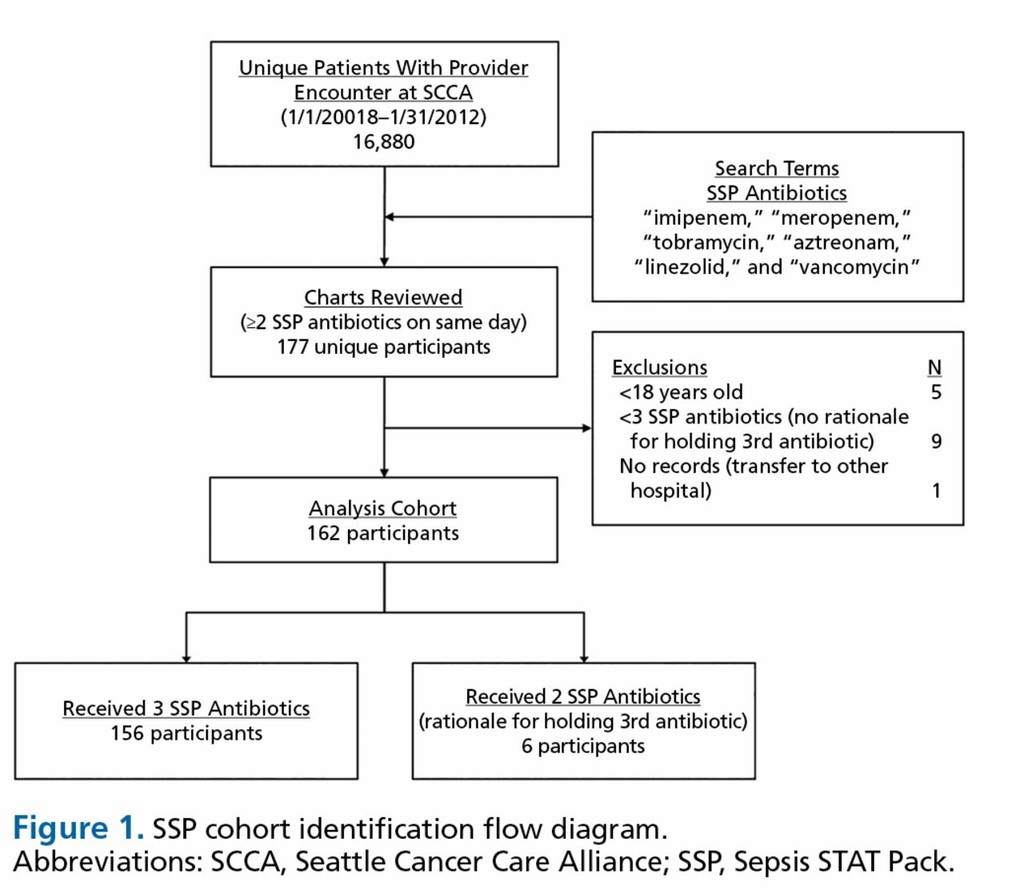 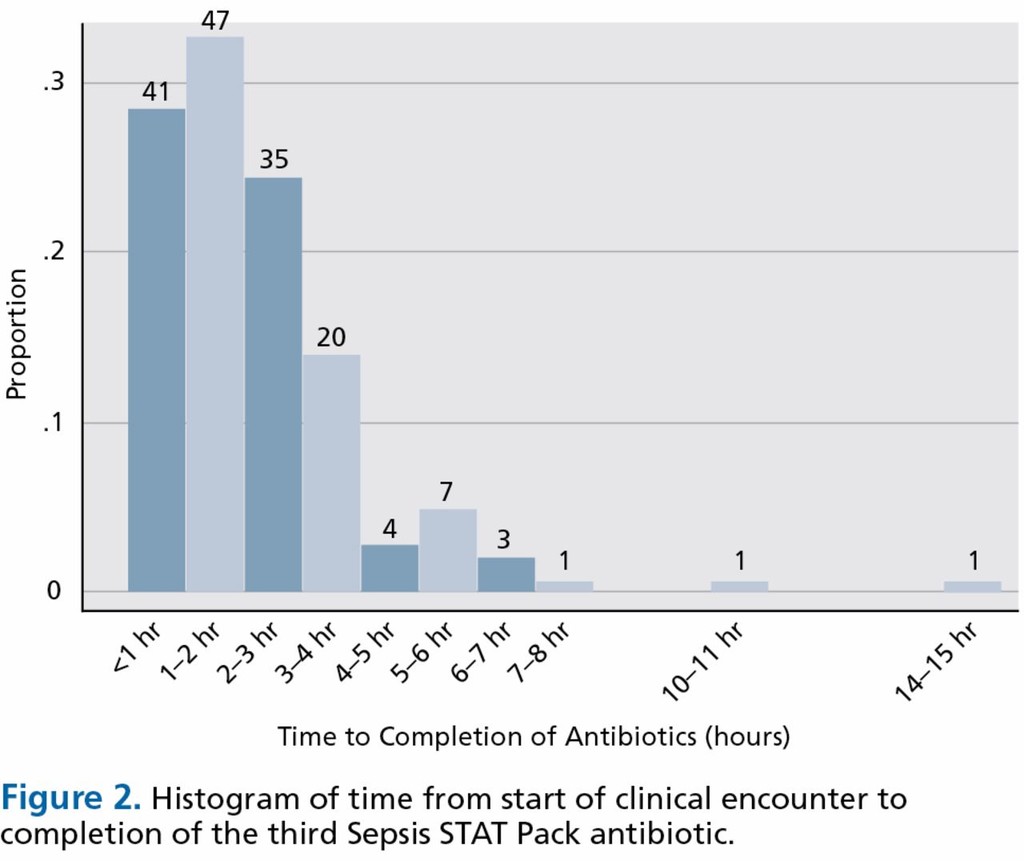 Histogram of time from start of clinical encounter to completion of the third Sepsis STAT Pack antibiotic. 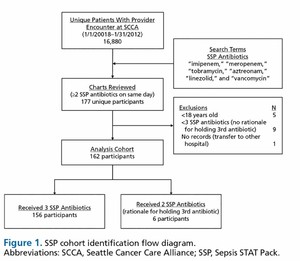 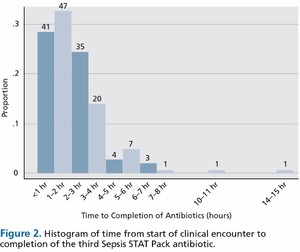