Background: Racial disparities have been reported in breast cancer care, yet little is known about disparities in access to gene expression profiling (GEP) tests. Given the impact of GEP test results, such as those of Oncotype DX (ODx), on treatment decision-making for hormone receptor–positive (HR+) breast cancer, it is particularly important to assess disparities in its use. Methods: We conducted a retrospective population-based study of 8,784 patients diagnosed with breast cancer in Connecticut during 2011 through 2013. We assessed the association between race, ethnicity, and ODx receipt among women with HR+ breast cancer for whom NCCN does and does not recommend ODx testing, using bivariate and multivariate logistic analyses. Results: We identified 5,294 women who met study inclusion criteria: 83.8% were white, 6.3% black, and 7.4% Hispanic. Overall, 50.9% (n=4,131) of women in the guideline-recommended group received ODx testing compared with 18.5% (n=1,163) in the nonrecommended group. More white women received the ODx test compared with black and Hispanic women in the recommended and nonrecommended groups (51.4% vs 44.6% and 47.7%; and 21.2% vs 9.0% and 9.7%, respectively). After adjusting for tumor and clinical characteristics, we observed significantly lower ODx use among black (odds ratio [OR], 0.64; 95% CI, 0.47–0.88) and Hispanic women (OR, 0.59; 95% CI, 0.45–0.77) compared with white women in the recommended group and in the guideline-discordant group (blacks: OR, 0.39; 95% CI, 0.20–0.78, and Hispanics: OR, 0.44; 95% CI, 0.23–0.85). Conclusions: In this population-based study, we identified racial disparities in ODx testing. Disparities in access to innovative cancer care technologies may further exacerbate existing disparities in breast cancer outcomes. 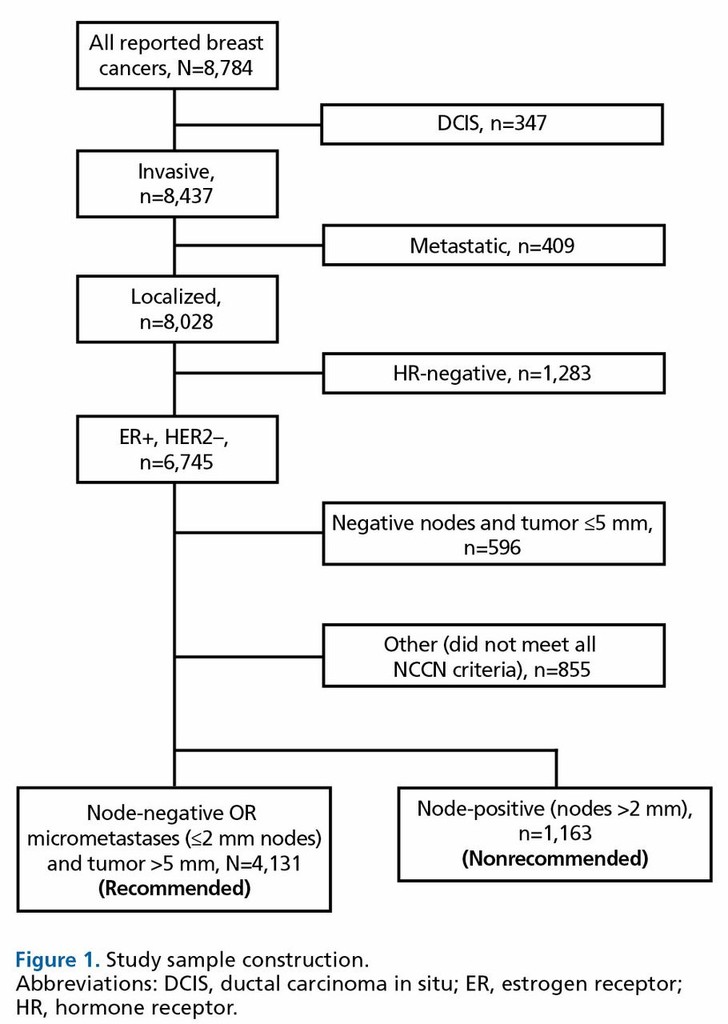 Racial and ethnic variation in Oncotype DX use in Connecticut (2011–2013) by NCCN Guideline (A) concordance and (B) discordance. 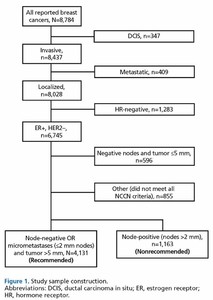