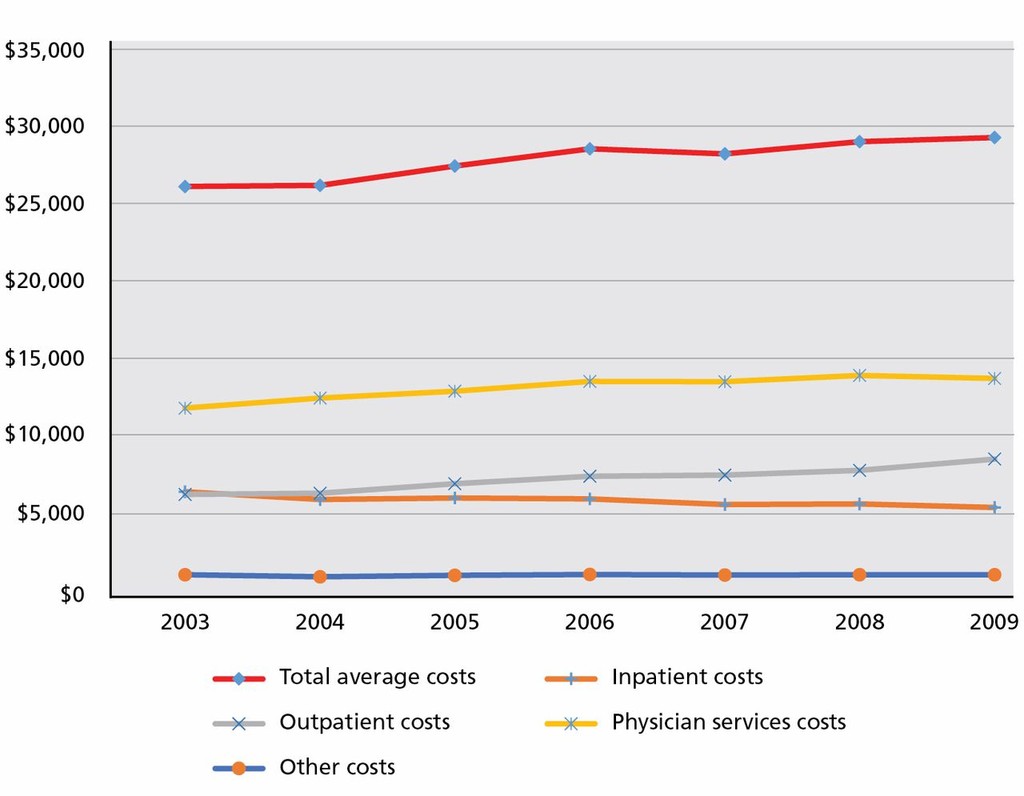 Trends in the average total costs and average costs by types of services during the initial phase of care among 69,307 elderly, female, SEER-Medicare fee-for-service beneficiaries aged ≥66 years diagnosed with first primary incident breast cancer from 2003–2009. 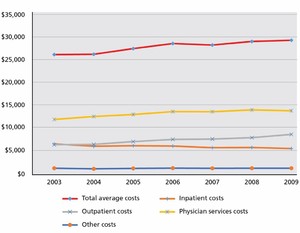