mTOR pathway inhibitors are important drugs for the treatment of advanced renal cell carcinoma (RCC). However, no valid predictive markers have been identified to guide treatment selection and identify patients who are sensitive to these drugs. Mutations activating the mTOR pathway have been suggested to predict response; however, their predictive value is still unclear. Here, we present the genomic and functional characterization of a patient with metastatic clear cell RCC (ccRCC) who experienced a partial response to temsirolimus after a poor response to 2 previous lines of treatment. At the time of publication, the patient was disease-free 8 years after temsirolimus treatment. Multiregion whole-exome sequencing (WES) on 3 regions of the primary tumor, 1 metastasis, and blood revealed tumor mutations in driver genes in ccRCC: a missense mutation in VHL (p.W88L), a loss-of-function mutation in BAP1 (p.E454Rfs*15), and a novel missense mutation in MTOR (p.Y1974H). The MTOR mutation was present in all tumor regions, with similar allele frequency as the VHL mutation, and in vitro functional assessment of the MTOR variant demonstrated that it increased mTORC1 activity. Consistently, immunohistochemistry in the tumor samples demonstrated increased levels of phospho-S6. In conclusion, multiregion WES identified a novel MTOR mutation acquired early during tumor development as the event leading to a high sensitivity to temsirolimus treatment. This study supports tumor multiregion sequencing to detect truncal mutations in the mTOR pathway to identify patients sensitive to mTOR inhibitors.

(A) Initial tumor dissemination detected by PET/CT (arrows). (B) MRI showing skull metastasis (arrow), which was surgically removed in 2015.

Mutations revealed by whole-exome sequencing (WES). (A) Venn diagram indicating the number of tumor (absent in blood) loss-of-function and nonsynonymous coding variants identified through WES in 3 regions (R1–R3) of the primary tumor. Shared variants affecting relevant clear cell renal cell carcinoma genes are indicated below the arrow. (B) Representative genome images from the Integrative Genomics Viewer (Broad Institute), along with the number of reads for the reference (ref) and variant allele of the MTOR Y1974H mutation, and Sanger sequencing chromatogram.

Functional assessment of MTOR p.Y1974H variant. Constructs expressing wild-type (WT) mTOR, mTOR Y1974H, and mTOR S2215Y (a positive control for mTOR activation) were transfected in HEK293 cells and the effect of phosphorylation of the downstream target S6K1 (pS6K1) was tested with Western blot. (A) Western blot analysis 24 hours after transfection cells were serum-starved for 24 hours (Starving) and then stimulated with 1% or 10% fetal bovine serum for 2 hours (Stimulation). In the Starving assay, lanes 1–2, 3–4, and 5–6 are duplicates from different experiments. (B) Cells transfected with mTOR constructs were treated with 2.5, 12.5, and 100 nM of rapamycin (rap) for 6 hours. 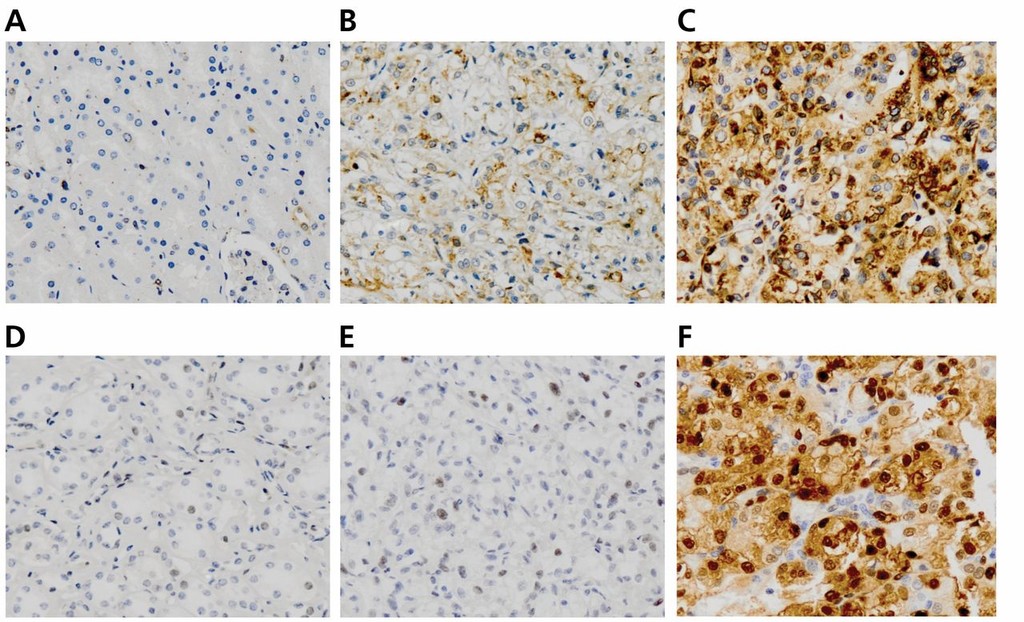 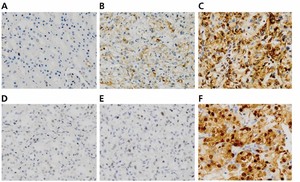